the ‘gyrodrone concept’ by thrustcycle enterprises is a vertical takeoff and landing (VTOL) aircraft that uses gyroscopes for stability and control. interest in VTOL aircraft, hoverbikes, and flying cars is at an all-time high, as the promise of greater personal freedom and faster travel times tantalize. however, the instability of such vehicles remains as a key impediment to widespread acceptance. the use of a brute force gyroscopic system in VTOL aircraft will result in unrivaled stability and superior handling and allow simpler, more streamlined designs. 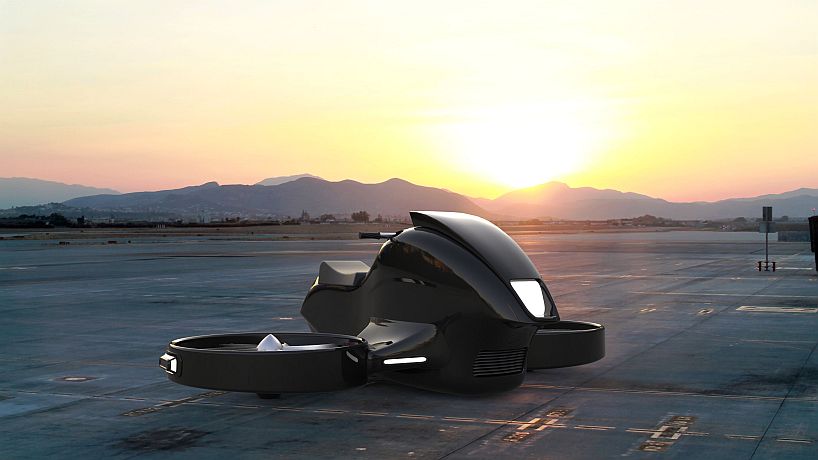 thrustcycle enterprises’s concept employs two propellers for lift, while two gyroscopes provide stability and control. gyroscopes have been used in spacecraft and large ocean vessels, but they can also be adapted for use in personal transportation. rather than merely functioning as sensors like the accelerometers used in similar applications, brute force gyroscopes will maintain vertical stability. 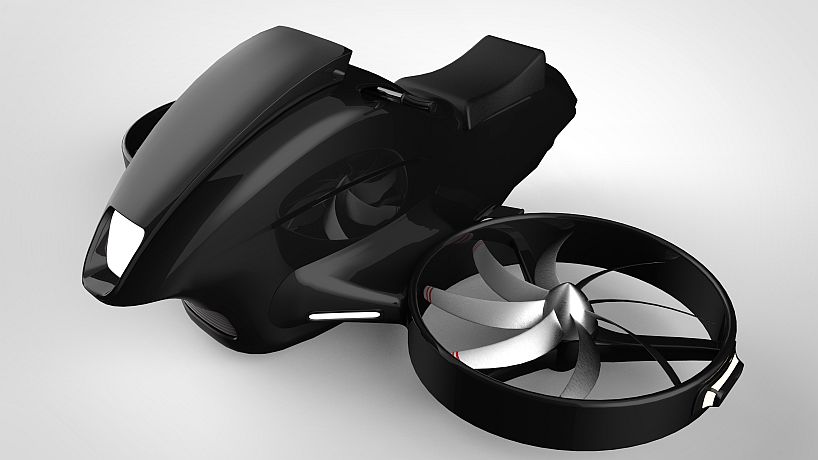 ‘while thrustcycle enterprises is better known to develop gyroscopic technology in motorcycles, applications like aircraft and watercraft pose less complication because of the greater degree of freedom,’ explains the co-founder of the company clyde igarashi. ‘when vehicles are in air or water, there are no contact patches where tires meet ground to restrict movement.’ 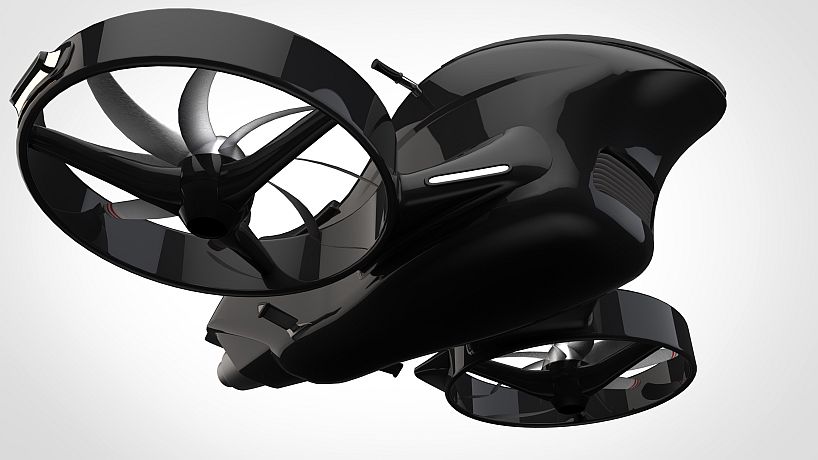 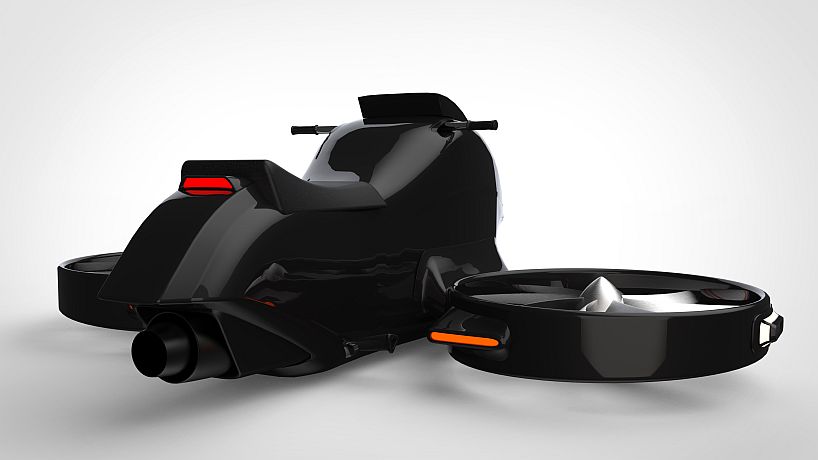 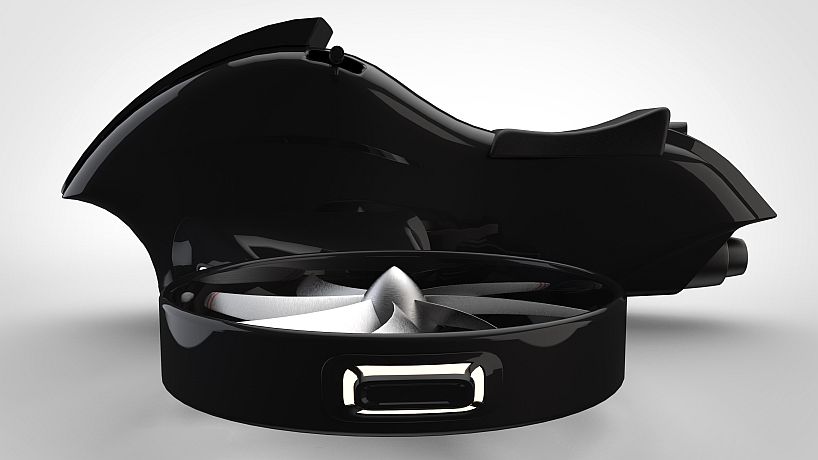 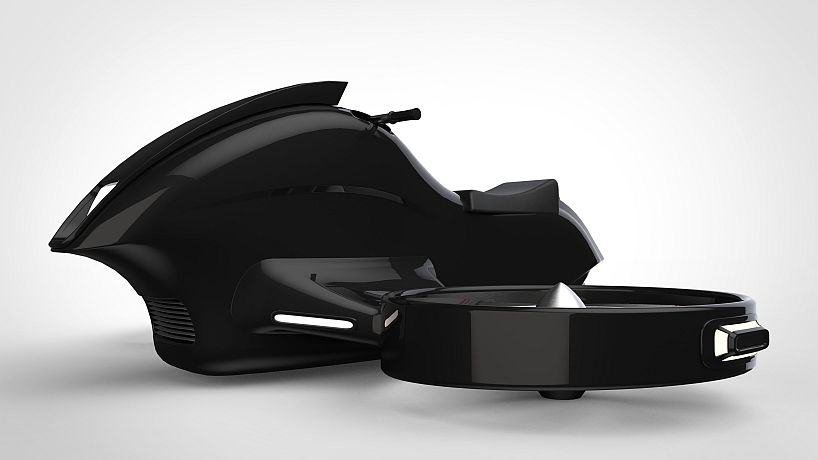 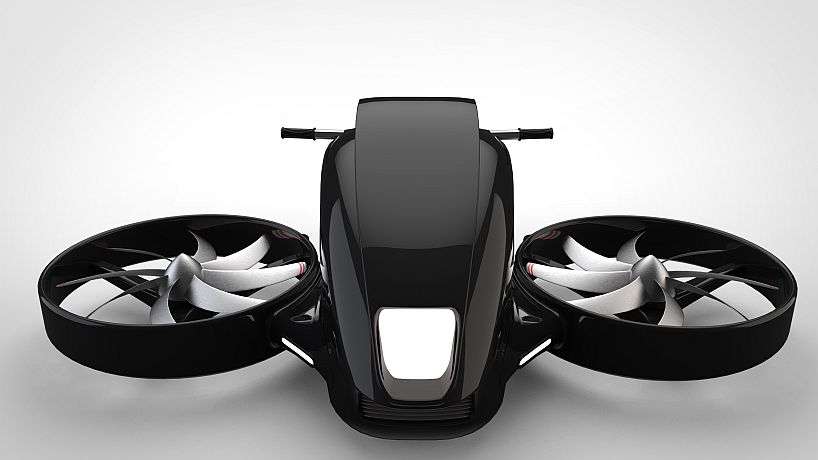 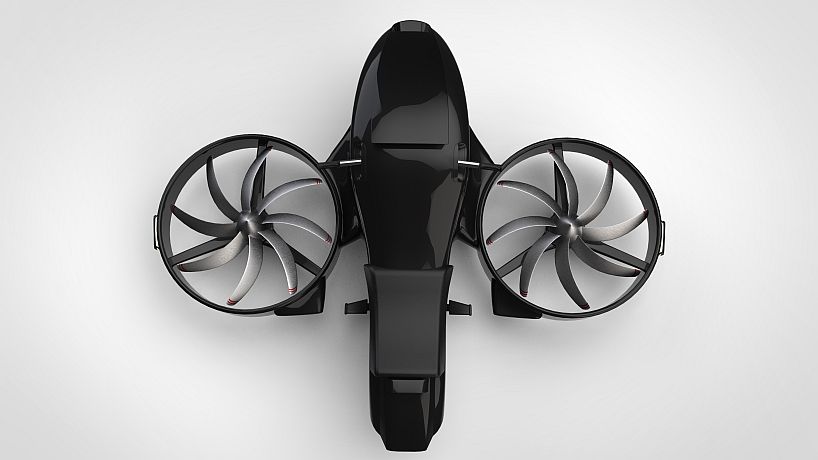 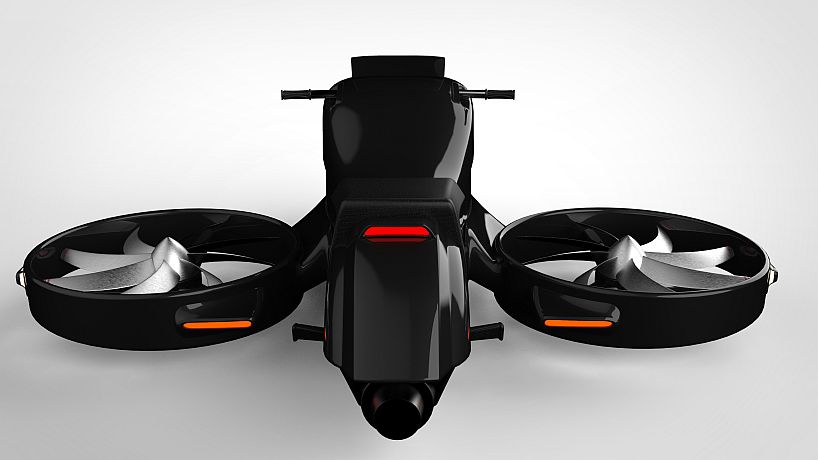