Carried by the wind, the common dandelion has evolved an ingenious structure to make sure its seeds are spread far and wide. Now a team of researchers from the University of Washington has applied this same ingenuity to wireless sensors that could be used to monitor climate change.

These miniature devices, which weigh 30 times more than a 1 milligram dandelion seed, can travel up to 100 meters in a moderate breeze when released by a drone. The breakthrough could make it easier, faster and cheaper to deploy sensors that can monitor changes in environmental conditions such as temperature, humidity, air pressure and light.

‘We show that you can use off-the-shelf components to create tiny things. Our prototype suggests that you could use a drone to release thousands of these devices in a single drop. They’ll all be carried by the wind a little differently, and basically you can create a 1,000-device network with this one drop,’ explains senior author Shyam Gollakota, a UW professor in the Paul G. Allen School of Computer Science & Engineering. ‘This is amazing and transformational for the field of deploying sensors, because right now it could take months to manually deploy this many sensors.’ 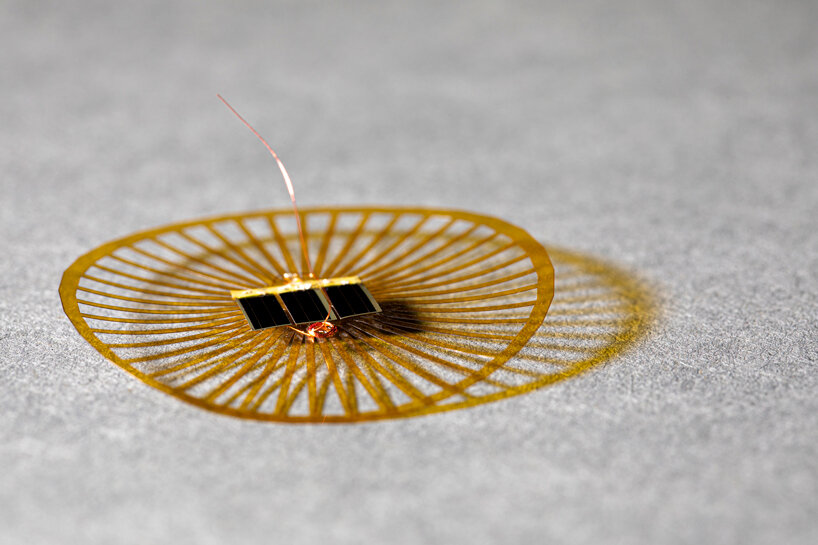 all images: Mark Stone/University of Washington

The engineers’ first step was to design the optimum shape for wind dispersal. After testing 75 prototypes, the team found that a ring shape with spokes worked best.

‘The way dandelion seed structures work is that they have a central point and these little bristles sticking out to slow down their fall. We took a 2D projection of that to create the base design for our structures,’ says lead author Vikram Iyer, a UW assistant professor in the Allen School. ‘As we added weight, our bristles started to bend inwards. We added a ring structure to make it more stiff and take up more area to help slow it down.’ 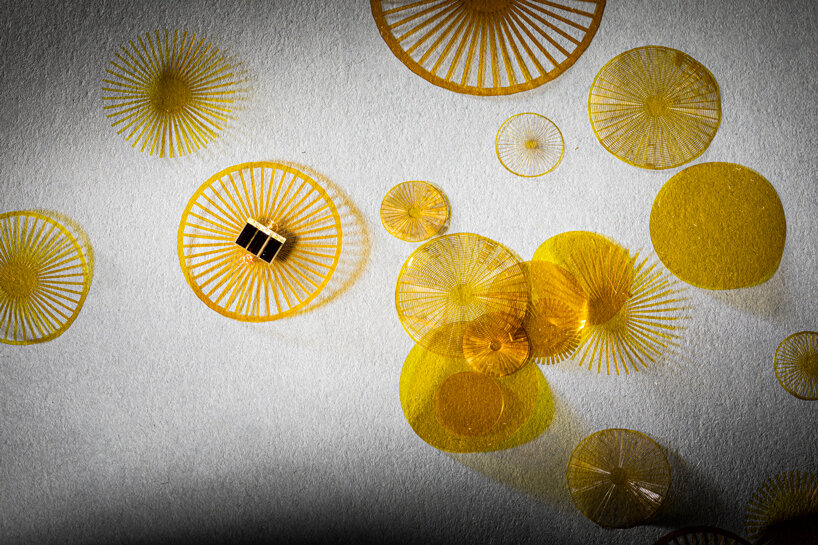 the researchers tested 75 designs to determine what would lead to the smallest ‘terminal velocity’, or the maximum speed a device would have as it fell through the air

The next step was to make the device as light as possible. To achieve this, the researchers used solar panels instead of a heavy battery to power the electronics. The upside of using solar power means the sensor won’t run out of battery all of a sudden, however, the downside is that without a battery, the system can’t store a charge. To fix this issue, the team incorporated a capacitor, allowing the sensor to store some charge overnight and keep working once the sun goes down.

‘Then we’ve got this little circuit that will measure how much energy we’ve stored up and, once the sun is up and there is more energy coming in, it will trigger the rest of the system to turn on because it senses that it’s above some threshold,’ Iyer continues. 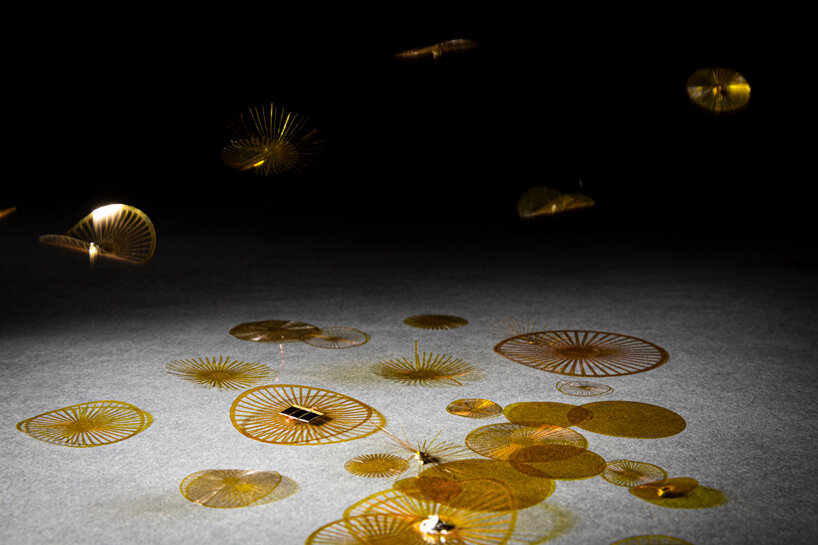 Another disadvantage to this system is that the electronics will be scattered across nature. The researchers are therefore currently studying how to make these devices more biodegradable.

‘This is just the first step, which is why it’s so exciting,’ says Iyer. ‘There are so many other directions we can take now — such as developing larger-scale deployments, creating devices that can change shape as they fall, or even adding some more mobility so that the devices can move around once they are on the ground to get closer to an area we’re curious about.’ 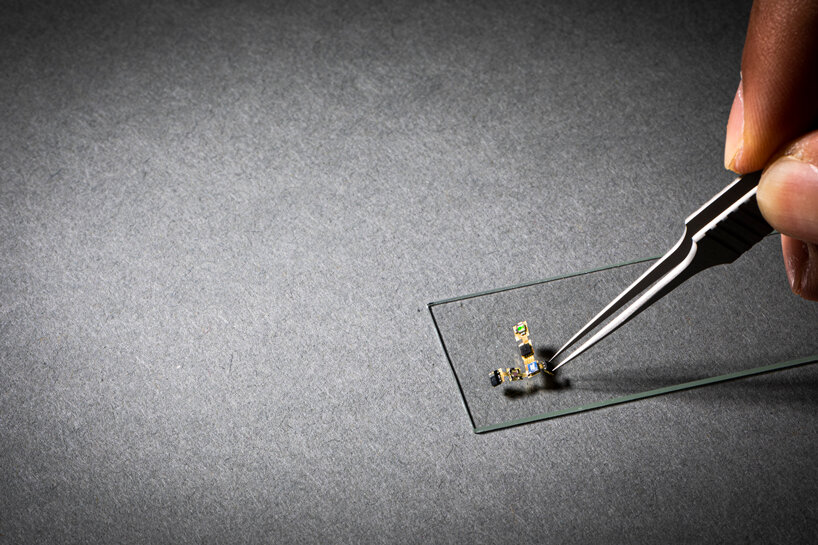 the device’s onboard electronics include sensors, a capacitor to store charge overnight and a microcontroller to run the system, all contained in a flexible circuit, shown here

Once deployed, the devices can hold at least four sensors and it can share sensor data up to 60 meters away. To measure how far the devices would travel in the wind, the researchers dropped them from different heights, either by hand or by drone on campus. One trick to spread out the devices from a single drop point, the researchers said, is to vary their shapes slightly so they are carried by the breeze differently.

‘This is mimicking biology, where variation is actually a feature, rather than a bug,’ comments co-author Thomas Daniel, a UW professor of biology. ‘Plants can’t guarantee that where they grew up this year is going to be good next year, so they have some seeds that can travel farther away to hedge their bets.’

The research was published in online journal Nature. 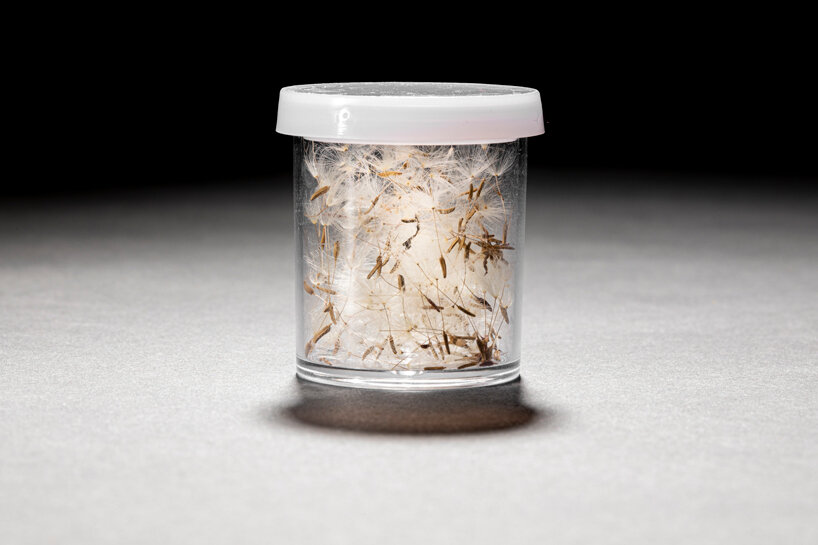