two of the ‘kobot’ designs– the ‘kobot nu’ and ‘kobot beta’– are three-wheeled single-seaters, offering an extremely tight turning radius thanks to their singular free-moving back wheel. by contrast the ‘kobot II’ follows the form factor of a conventional car, including a roof and full sides, but in a supercompact form. all are designed for high-density urban areas, featuring a target speed of about 19mph (30km/hr).

already small, the ‘nu’ and ‘beta’ models can be further reduced in length when parking thanks to a telescoping design, activated by smartphone, in which the vehicles’ rear wheel and seat fold up into the front of the car. the ‘kobots’ are also capable of nesting when folded up, not unlike stored shopping carts.

kowa tmsuk envisions the vehicles being used in car-sharing plans or as shuttle vehicles in cities or tourist destinations, a means of transporting passengers from peripheral areas where they may have parked or been brought by public transport, to their ultimate destinations. discussion suggests that the company plans to begin producing ‘kobot’ in fall 2012. ‘kobot beta’, unfolded and being demoed at the tokyo motor show 2011 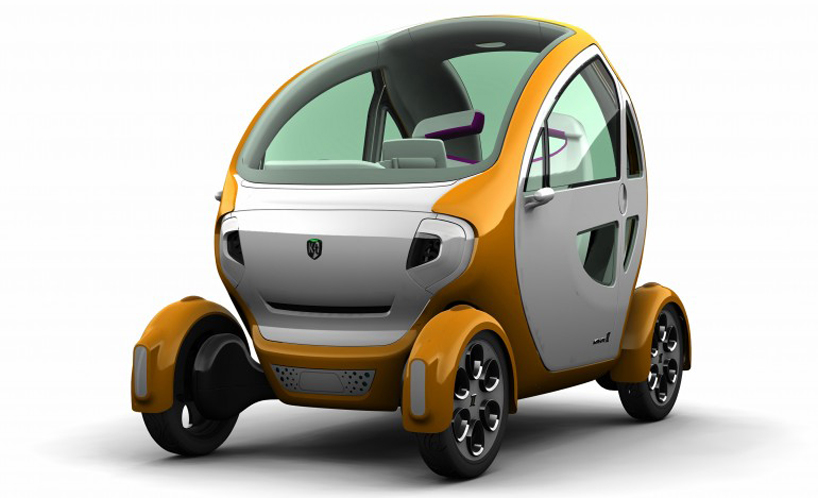 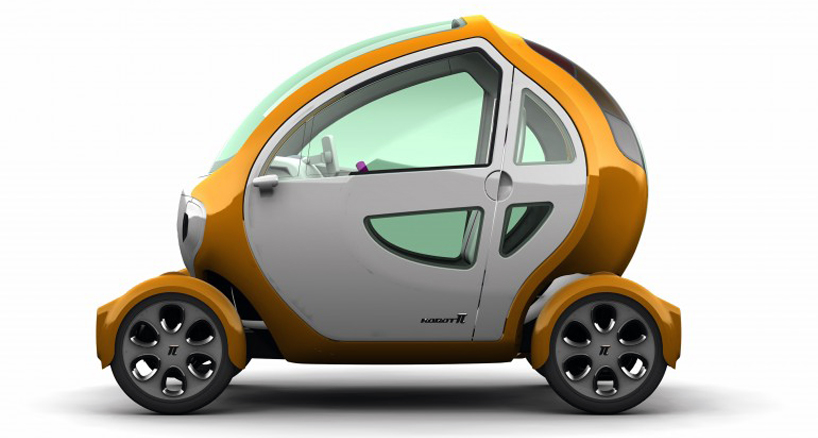 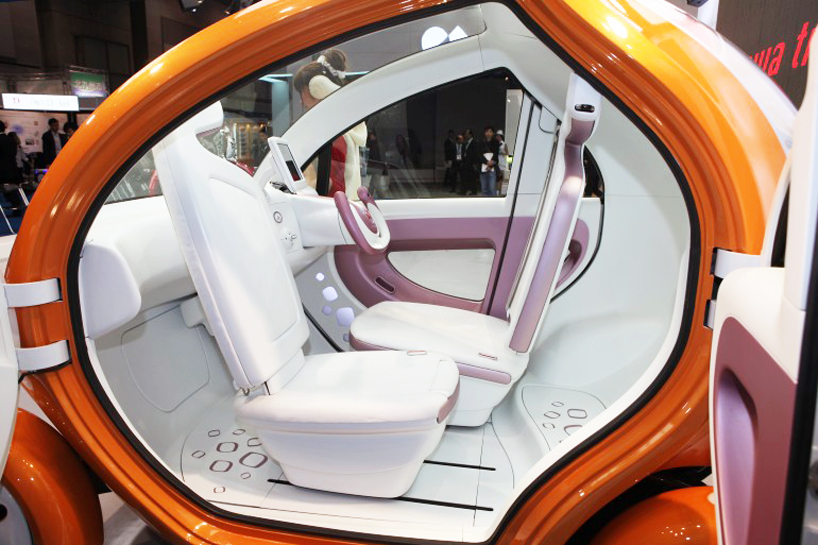 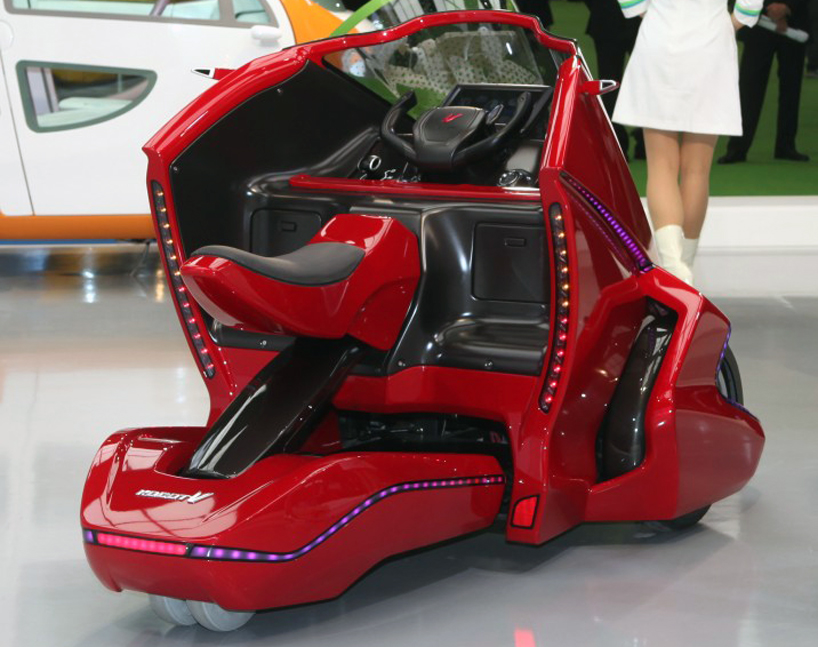