the toyota ‘fun-vii’ concept car, described by the company as ‘a smartphone on wheels’

to be officially presented at tokyo motor show 2011, toyota‘s ‘fun-vii’ concept car offers the realtime customization of visual content on the interior and exterior of the vehicle. the touchscreen digital surfaces that compose the car can be used to broadcast images, patterns, or even data and application updates.

augmented reality technology provides seamless navigation and other interior controls in the concept model, described by toyota as ‘a smartphone on wheels’. a ‘navigation concierge’ offers a vocal interface for directions and guidance, while the vehicle itself is networked to surrounding vehicles and infrastructure to detect road hazards and avoid crashes.

the concept car seats three: a driver and front passenger with a single, centered rear passenger, in a craft that measures 13 feet long by 5.6 feet wide and 4.6 feet high (4 x 1.7 x 1.4 meters LWH). toyota notes that several functions of the vehicle are also accessible remotely via smartphone or other mobile device. 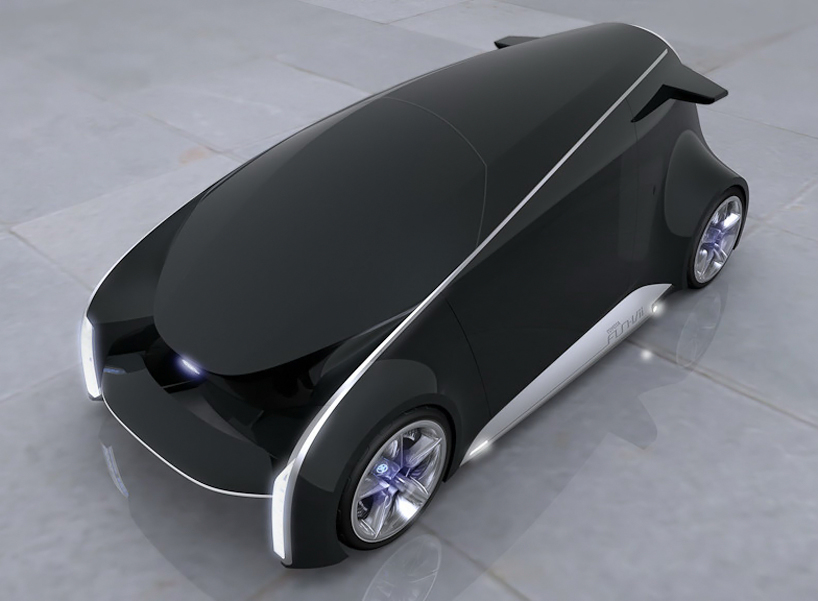 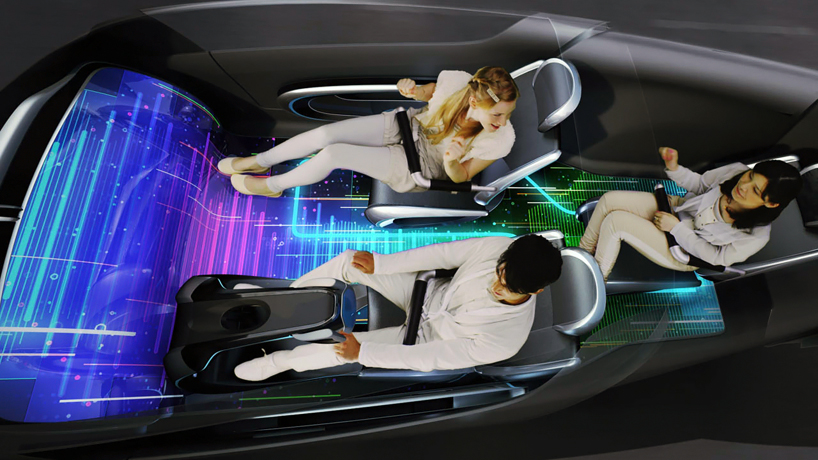 cutaway interior view from above 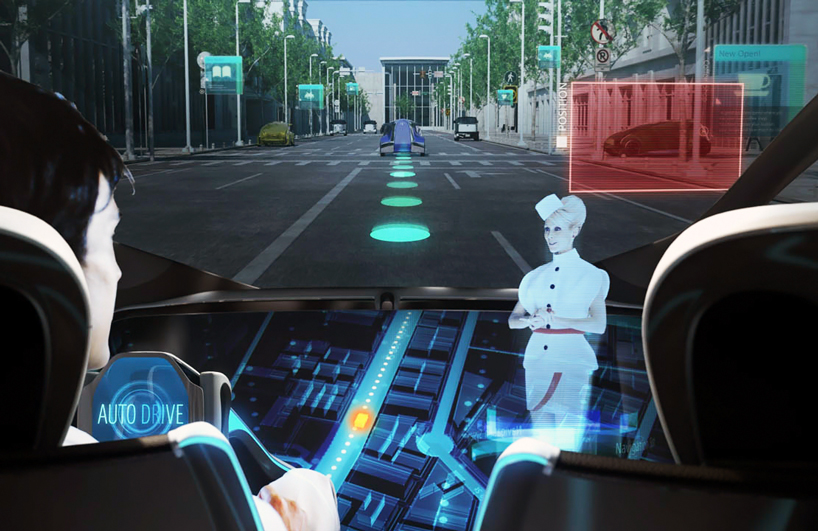 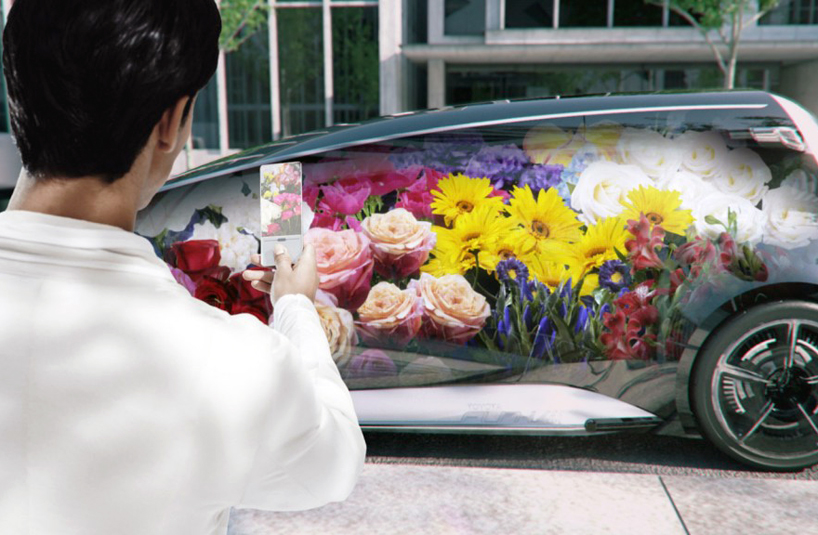 the interior and exterior panels composing the car can be changed to show photos, data, or designs 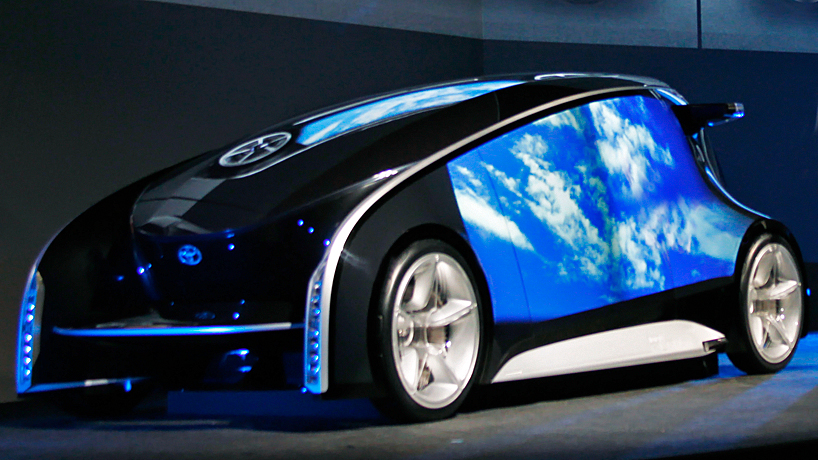 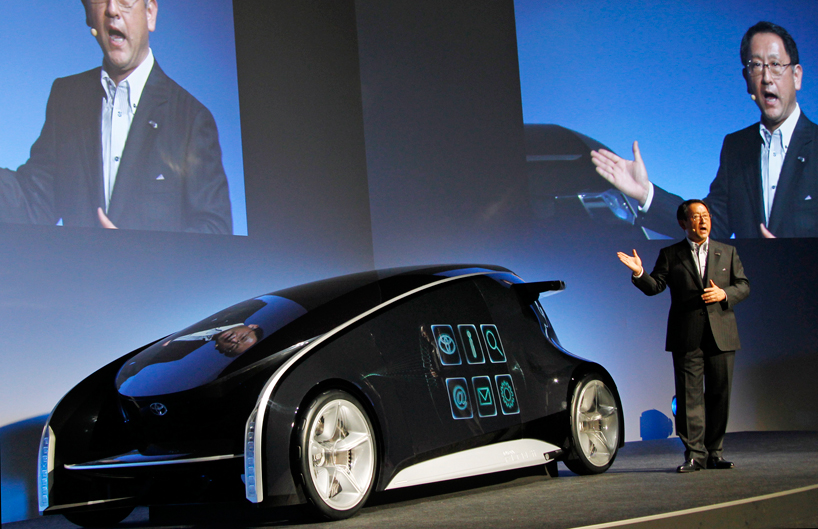 depiction of the car’s use as a touchscreen information display, clickable by users image © AP/koji sasahara

demo video of the ‘fun-vii’