on our recent trip to japan, we noticed a brightly colored hummer navigating the streets of tokyo with some very curious passengers aboard… a pair of giant bikini-clad female automatons hailed people on the street as they made their rounds on the vehicle, but why you ask? the answer is perhaps just as out-of-this world. they are advertising the robot restaurant, a new eatery and entertainment establishment which opened in july 2012 in the kabukicho red light district located in the city’s shinjuku area — fitted out at a cost of ¥10 billion (125.8 million USD).

with japan being home to more than 50% of the world’s robot production, the sight of these eponymous cyborgs is nothing typically out of the ordinary for locals, but these fembots aren’t exactly serving up food and drink items. in fact, this is far from their priority seeing as how the menu exists mostly of bottled tea, canned beer and local chuhai. you can also get a bento box, though we wouldn’t recommend it, because indistinguishable from cheap convenience store fodder.

instead, four of these technologically enhanced femme fatales are employed more as giant combat machines, operated by real bikini babes – who control their movements and facial features of these dolled-up androids – that battle one another each night in front of a paying audience. the four massive female robots also wink and wave to the beat of traditional japanese drums and a lady gaga dance tune. for the fee of ¥4,000 (51USD), customers get to experience the acid-tripping colors, video screens and mirrors which adorn the interior, while getting front row seats to the action. 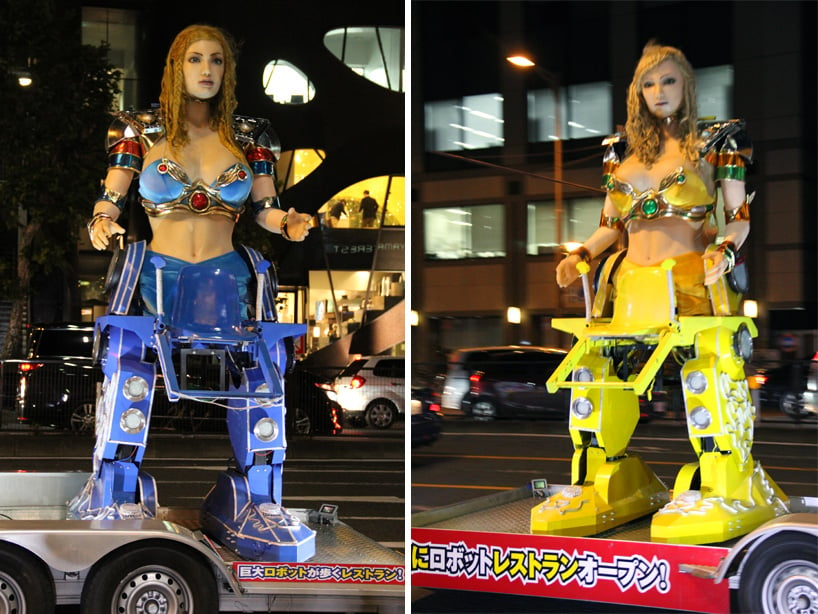 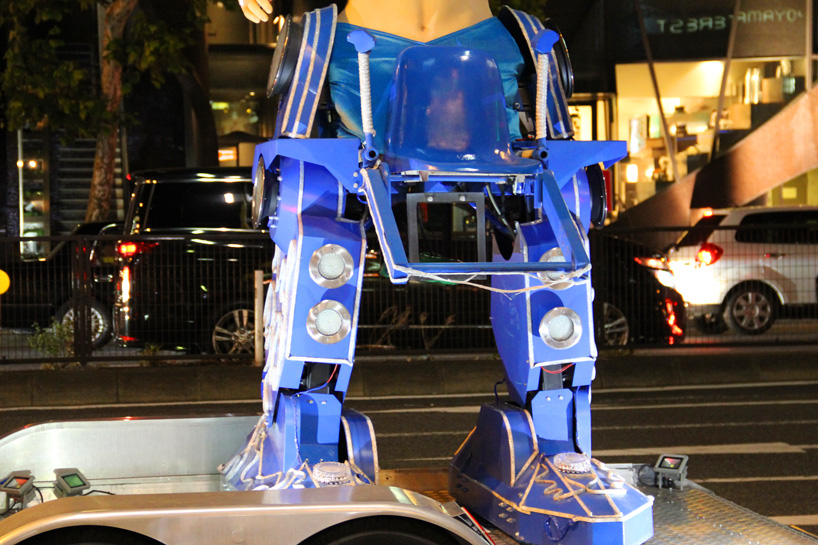 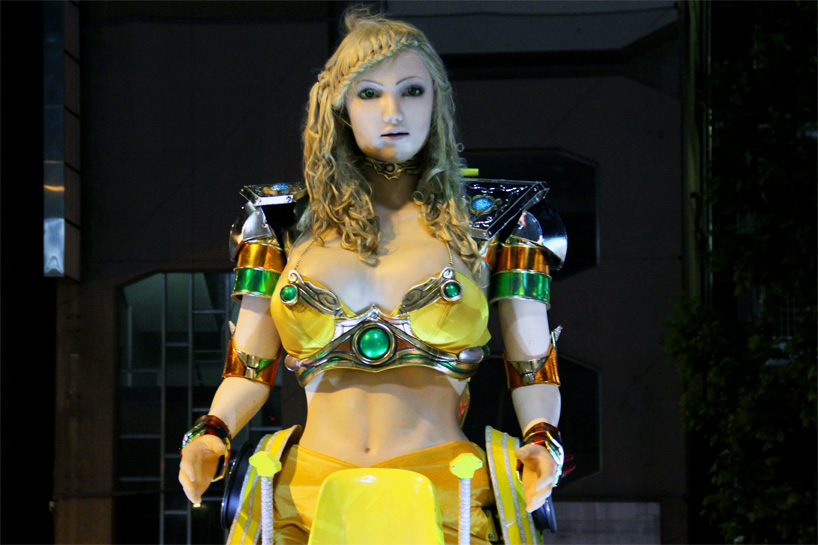 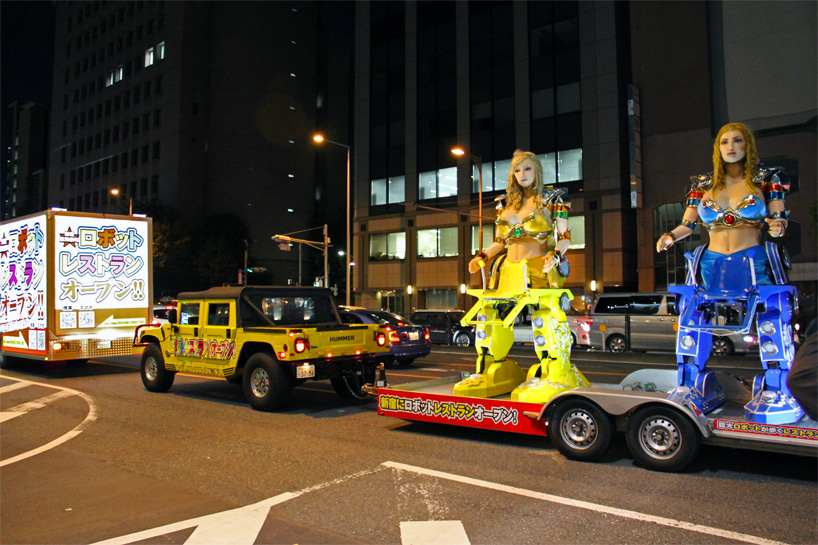 a hummer has been prowling the streets of tokyo on november 3, with a curious cargo in tow: a pair of giant female automatons, raising their arms as if to say ‘irasshaimase‘. image © designboom 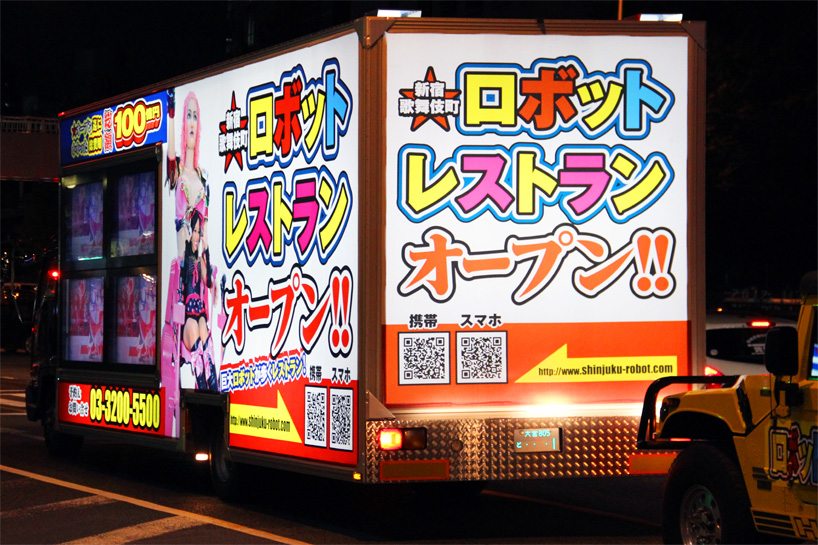 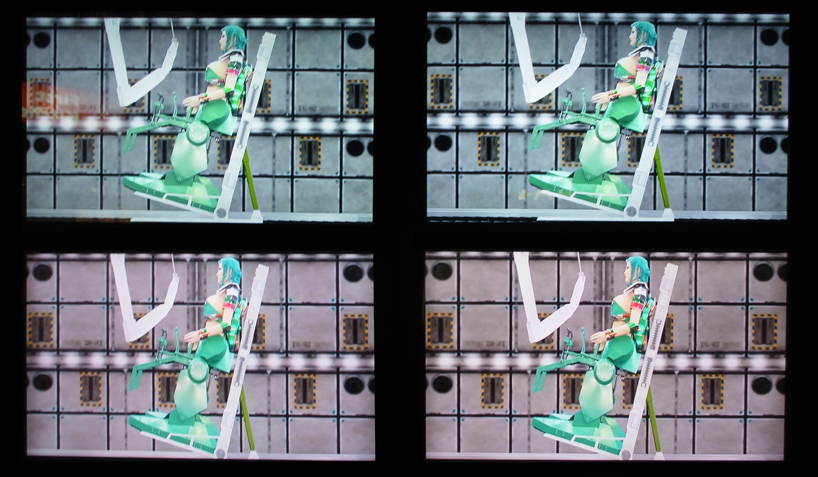 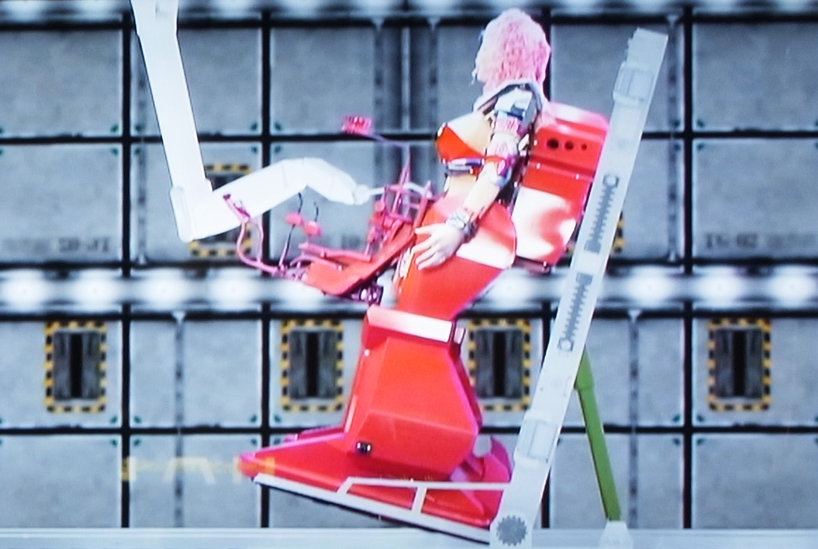 the monochramatic coordination of the female robot’s outfit and hair 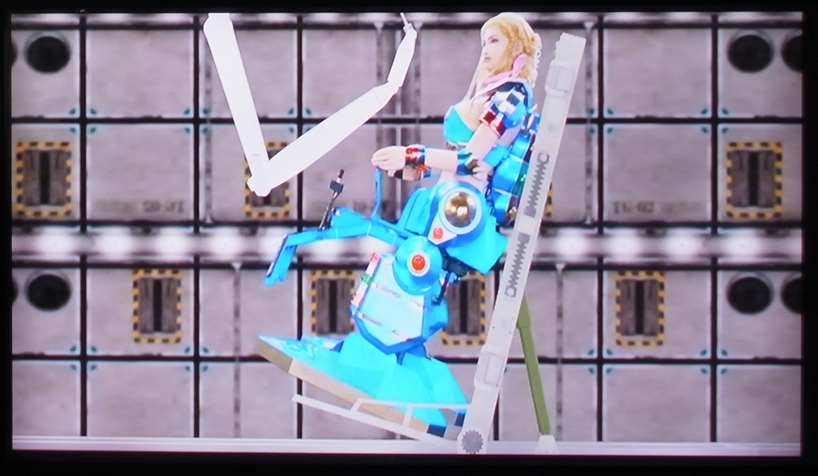 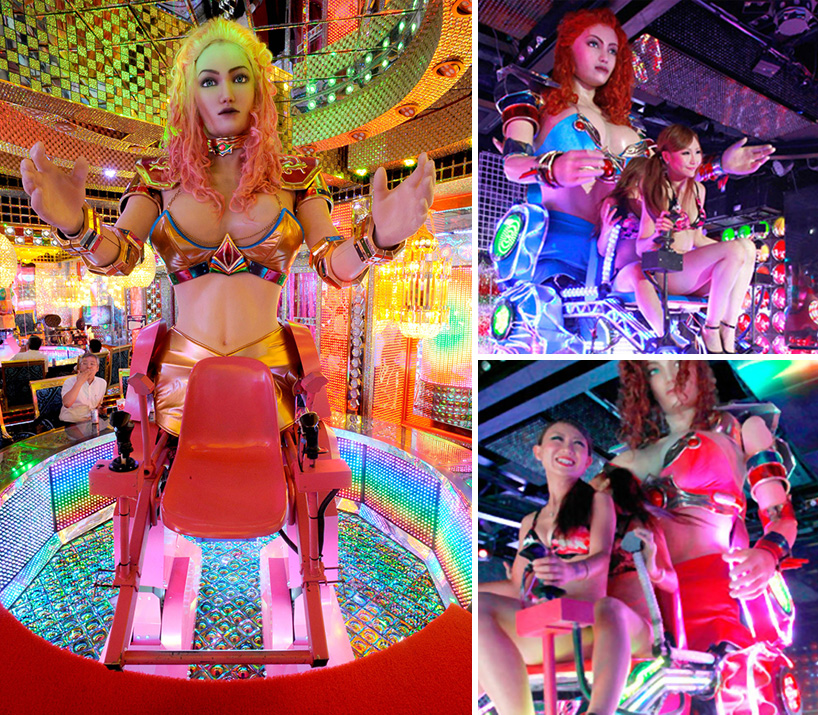