The world of automobiles never ceases to delight. Just take a look at our 2022 round-up where digital, physical, and everything in between converge into extraordinary creations, each pushing the boundaries of the vehicular experience with daring strokes. From Dacia’s cool and robust ‘Manifesto Concept’ to the aeronautic-inspired Alef ‘Model A’ flying car and hydrogen-powered ‘Māchina Vision Sedan’, this year’s stories throw impossible out of the window while diving deeper into sustainable and eco-conscious driving. We continue our annual review of this year’s BIG stories with a look at the TOP 10 car concepts and designs featured on designboom in 2022. 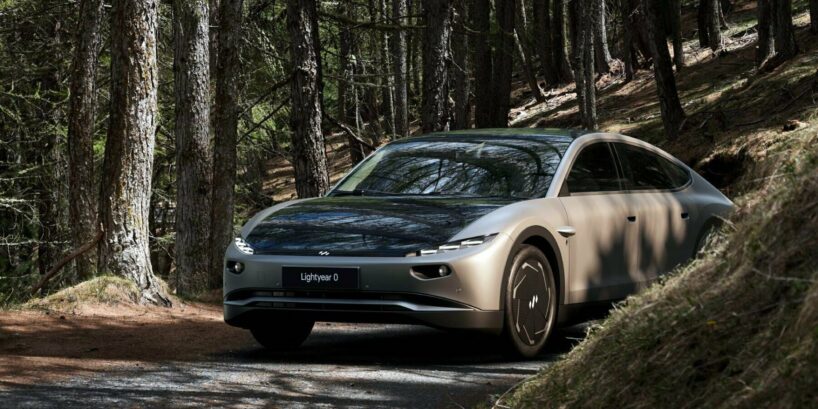 Lex Hoefsloot believes that the use of electric cars moves society in the right direction, but the car designs have a scaling problem and that by 2030, 84 million electric vehicles (EVs) can be expected to run on roads in Europe alone. Forming part of his personal response to what he deems an industry challenge, he co-founded the company Lightyear and has recently introduced Lightyear 0 to the public, a solar-ready car that imbues his strategy of delivering more range with less battery, reducing weight and CO₂ emissions per vehicle.

What makes the vehicle solar-ready lies in its optimized solar roof, a design approach that means the car can drive for weeks, even months, without charging. ‘In cloudy climates, based on the average commute of around 35 kilometers per day, you can drive for up to two months before you need to think about charging. In sunnier countries, that could be up to seven months,’ the company shares. 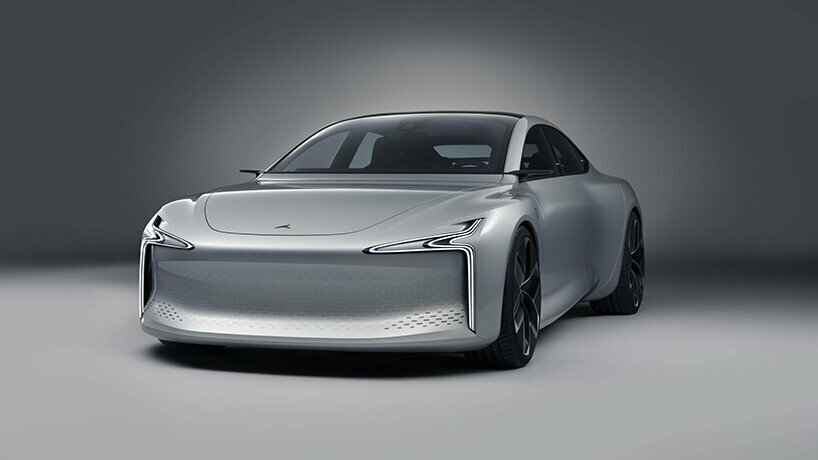 Debuting at the 2022 Paris Automotive Week, Hopium unveils the world’s first high-end hydrogen-powered sedan, the Māchina Vision. The high-end ‘green’ car reshapes the standards of mobility through design, technology, experience and innovative performance. With the market launch set for 2025, the French manufacturer has been using Dassault Systèmes’ 3DEXPERIENCE Cloud platform for end-to-end development, from concept to prototyping and full-scale production. 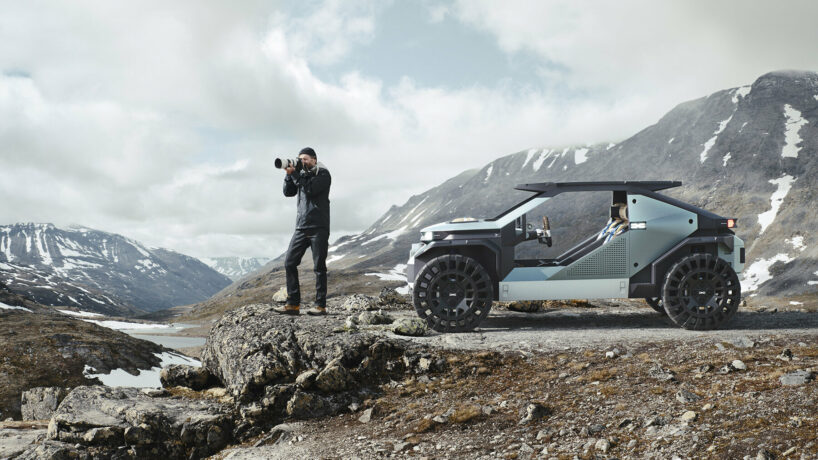 Dacia unveils its ‘Manifesto’ concept car, showcasing a symbol that is ‘essential but cool, robust,’ built for the outdoors, and both economically and environmentally efficient. While not foreshadowing an upcoming model, the concept is Dacia’s ‘living lab’ infused with the company’s pioneering ideas and innovations which will be available on its future production cars. The team at Dacia notes that Manifesto ‘explores a connection to nature by being environmentally friendly, robust and by demonstrating usefulness in the outdoors,’ boldly expressing the company’s aim to keep up with lovers of nature and adventure. 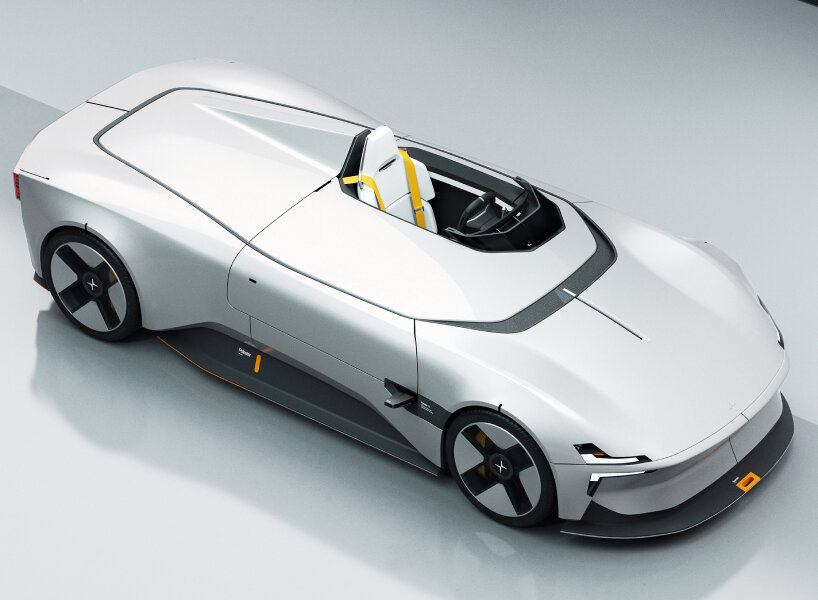 Jeroen Claus, the lead designer and co-founder of VoyagerCo, has conceptualized Polestar 1:1 as a response to the power-to-weight ratio by adopting the idea of one kilowatt for every kilogram. His car design is made of flax fiber that confers the car concept a durable and lightweight built and design while the silver-white color boosts the automotive’s simplicity as it focuses more on performance and features.

Claus describes his creation as an ‘aim to bridge the gap between the physical and digital dimensions and an experience in which all senses of the driver are treated to an enormous experience.’ The single-seating feature offers solo cruising that hopes to gift the immersive experience Claus was trying to pinpoint. The conceptual design might also be a potential foundation for more driverless cars and electric automobiles in the future. 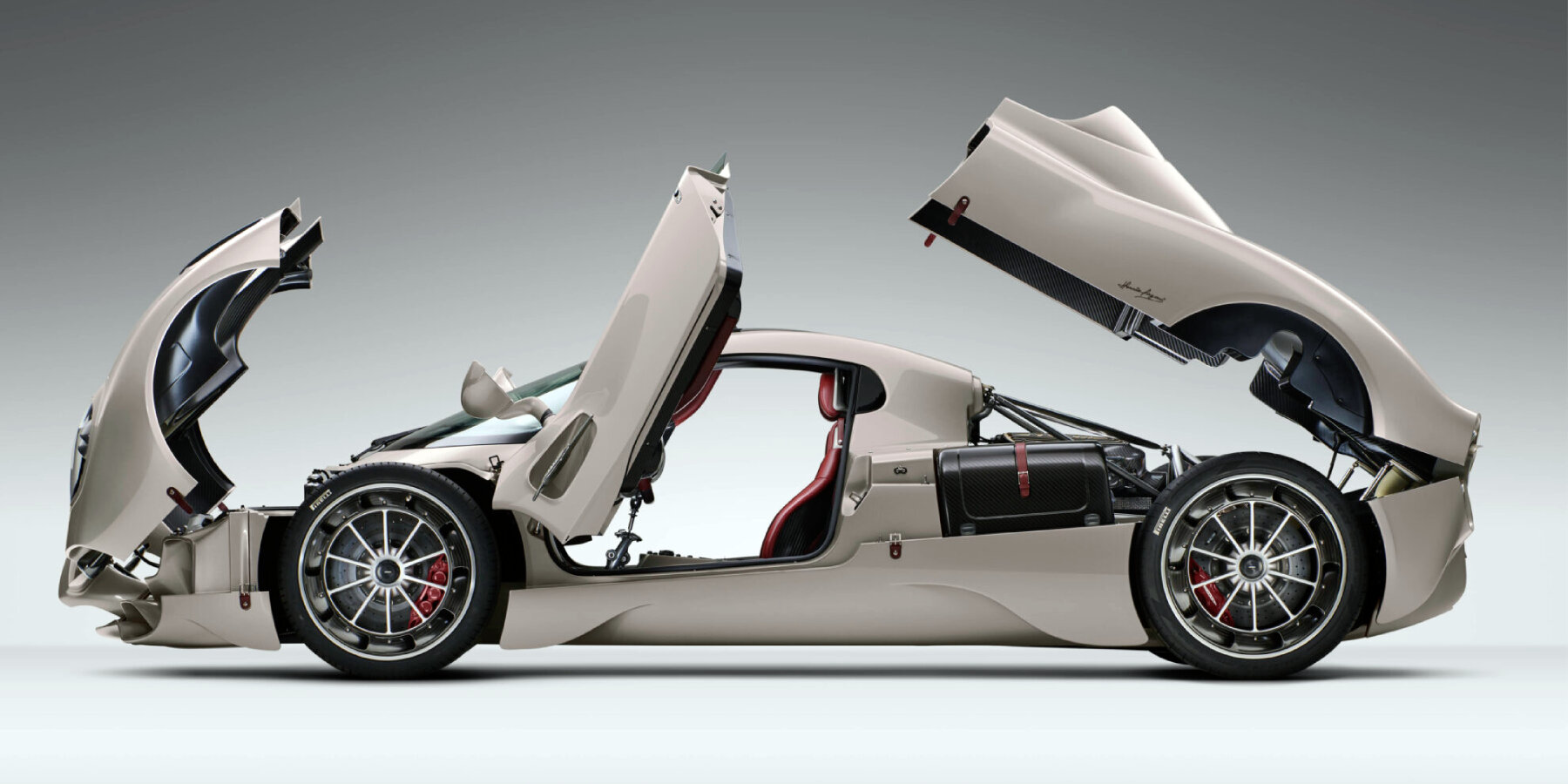 Horacio Pagani’s company Pagani enters its third decade and third creation through Pagani Utopia V12, a hypercar that boasts 864/852 BHP at 6,000 RPM and a max torque of 1,100 Nm from 2800 RPM to 5900 RPM via twin turbochargers, developed on its basis by Mercedes-AMG for Pagani. The laborious work and car design took Pagani three vehicle prototypes for the engine development that last for almost two years to bring out their intention for an engine that revs higher, and six years with thousands of drawings, ten 1:5 scale models, and two 1:1 scale models for its entirety. 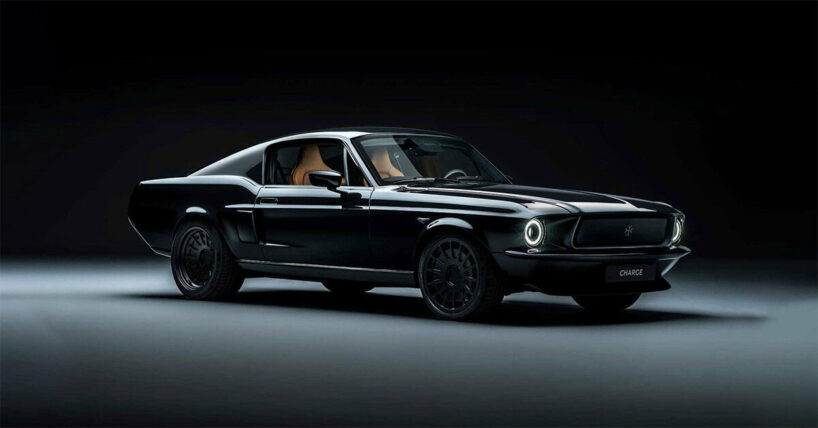 First announced in 2018, London-based Charge Cars has unveiled an electric Ford Mustang with cutting edge technology and zero emissions. Drawing inspiration from a 1967 model, the company has reworked it into an electric automobile with only 499 items available for reservation.

The result sees the officially licensed shells preserve the classic design and styling of the legendary Ford Mustang. The luxury bespoke interiors, rich in ambience and detail, provide a modern high-end driving experience for connoisseurs of speed and technology. Equipped with state-of-the-art components and a personalized digital interface, these classic vehicles are back to cutting edge once again. 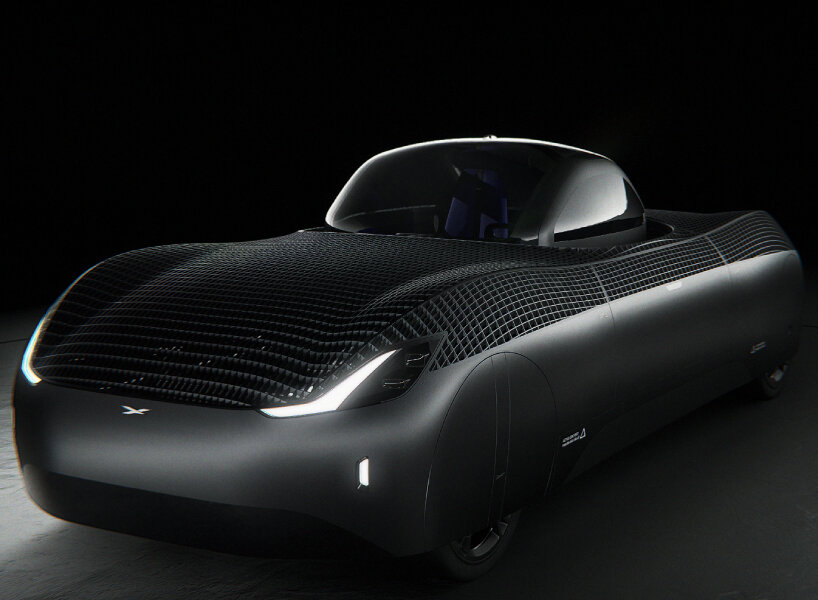 Alef Aeronautics offers its own eVTOL through Alef flying car, a concept flying car that would have a driving range of 200 miles and a flight range of 110 miles. As the team believes, the car concept would be the only driveable flying car with eVTOL capabilities that could fit within existing urban infrastructure for driving and parking. The car design seems to give drivers a stable ride with its car-like exterior, a potential competitor of those who envision their eVTOL as open or more helicopter-looking. The company shares in their release that the electric Alef flying car would not have any exposed propellers for added safety and to drown the loud whirring sounds and also save space. 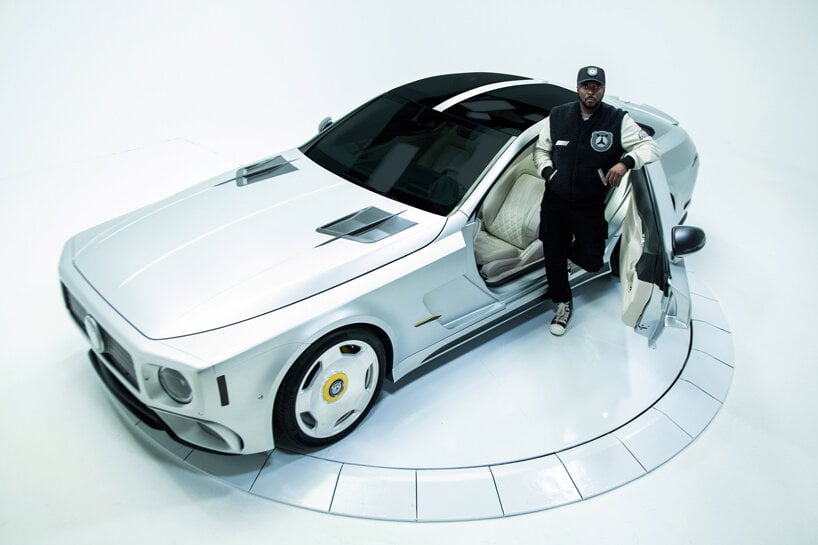 American musician and philanthropist will.i.am has teamed up with Mercedes-AMG for the sixth time to create a one-off custom vehicle called ‘WILL.I.AMG’. Nicknamed ‘The Flip’, the extensively modified sports car is based on the Mercedes-AMG GT 4-Door Coupé. More than just a wild concept car, The Flip is part of will.i.am’s mission to get kids from disadvantaged communities into STEM jobs. All the activities surrounding the unique vehicle will fund inner city school engineering programs. 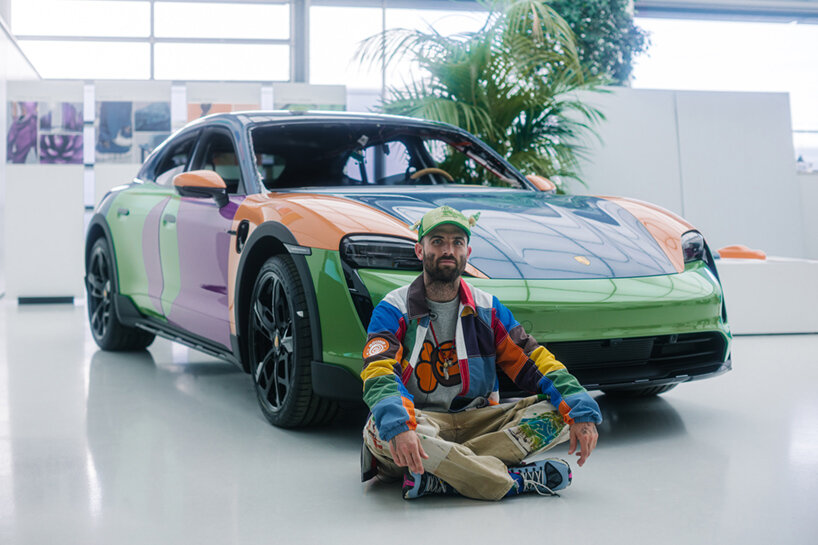 For the first time, streetwear designer Sean Wotherspoon unveils his Porsche electric art car in its entirety, defined by its vividly colorblocking and playful materiality. The news comes after the striking exterior had been displayed at Austin’s South x Southwest festival in March. Finally, the interiors have been revealed which continue the lively colorway of ‘Nash Blue, Sean Peach, Loretta Purple and Ashley Green.’ What makes these interiors especially unique is the material palette which introduces cork and corduroy. Because the Taycan 4 Cross Turismo is Sean’s personal car, the electric art car stands as a one-of-a-kind creation, and will not be offered for sale.

Tesla was born with an eye toward the future, and the company welcomes the opportunity to showcase this from nearly every aspect. From the smallest details of its tech-infused cars all the way up to its systems of manufacturing, the brand wants the world to know that it stands at the industry’s forefront.

Now, the giant has released a video tour of its ‘Gigafactory Berlin-Brandenburg’ filmed with an FPV drone, demonstrating the process of creating its Model Y cars. Even in presenting its factory, Tesla must stand at the tech forefront. This ‘first person view’ is the result of the most groundbreaking drone technologies to date, which sees the pilot equipped with an immersive headset showing the live stream camera feed from the drones (see designboom’s coverage of FPV drones here). 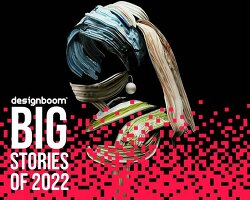 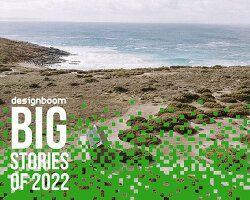