in 2018, the trend for motorcycles truly electrified. from clean customs to even harley-davidson’s ‘LiveWire’, things on two-wheels are becoming greener as rapidly as their motors let them. nevertheless, many custom and conceptual projects with beautifully sculpted designs still make up our list. even with increased interest in EVs, these often futuristic looking bikes have received as much attention as always.

continuing our round ups of 2018, we look back at the TOP 10 motorcycle and scooter stories that grabbed our and, most importantly, designboom readers’ attention over the past 12 months. 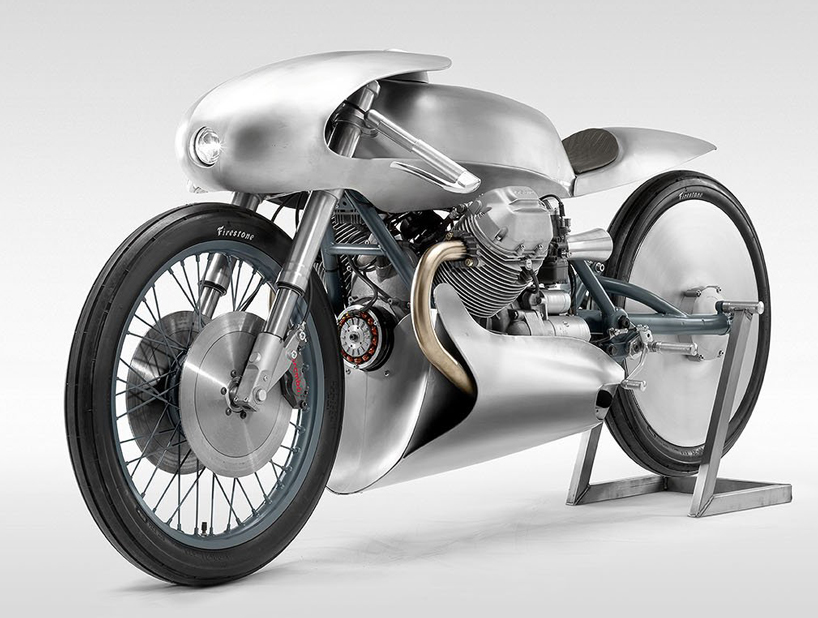 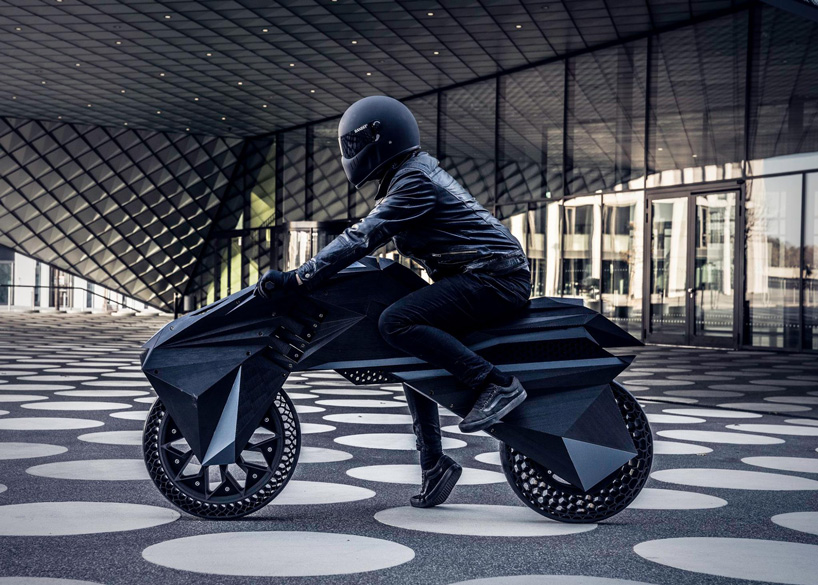 BigRep revealed the world’s first 3D-printed electric motorcycle with ground-breaking features like airless tires, embedded electronics, and forkless steering. developed by marco mattia cristofori and maximilian sedlak, the 3D-fabricated parts of the ‘nera’ includes tires, rims, frame, fork, and seat, excluding only electrical components. although extremely innovative, for now the motorcycle has only been launched in the form of a prototype.

3 – the honda eCUB2, an electric motorcycle by shanghai customs 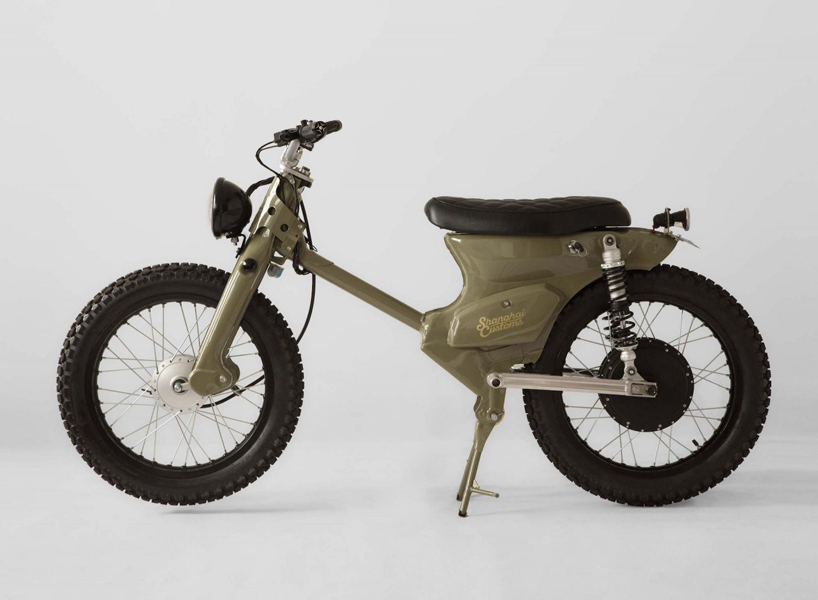 all images by shanghai customs

created by shanghai customs and dubbed the ‘eCub 2,’ this electric motorcycle successfully blends the classic honda super cub chassis with an all-electric drivetrain, resulting in a custom build that lets the 1950’s bike create zero emissions while portraying an understated grace. featuring a 1000 watt electric motor in the rear wheel hub and a removable battery pack comprised of panasonic 3.7v 3.400 mAh lithium-ion 18650 cells, the eCub 2’s range is 25 miles (40 km) at a 30 mph speed. 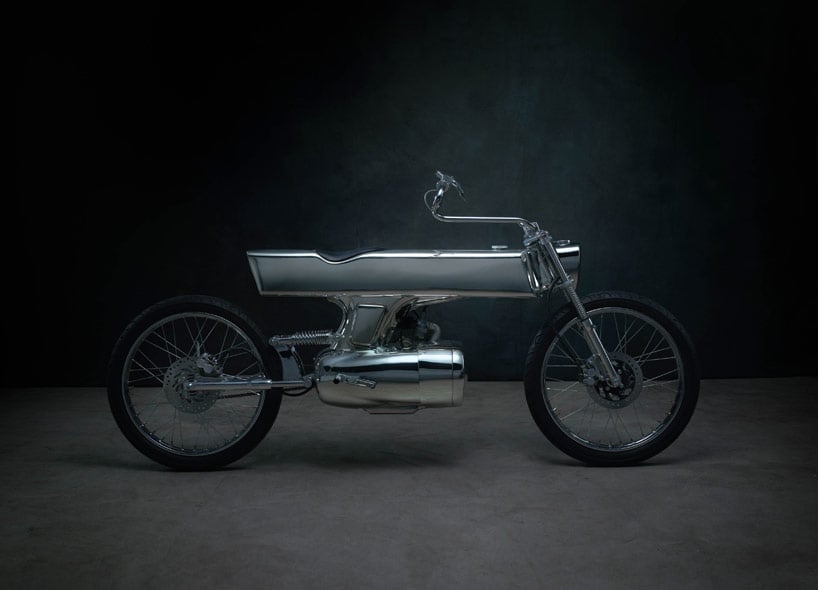 much like the wonder that surrounded the launches of the inspirational USS enterprise or even their ‘EDEN‘ model, the bandit9 ‘L concept’ is a sci-fi masterpiece in its own right. it disregards the ordinary, where it is instead shaped from a minimalist form and suspended turbine to define a fully functional work of art. the handcrafted unibody and engine took over 60 hours to finish, with its exhaust rests underneath.

5 – LiveWire, harley-davidson’s first electric motorcycle to be presented at EICMA 2018 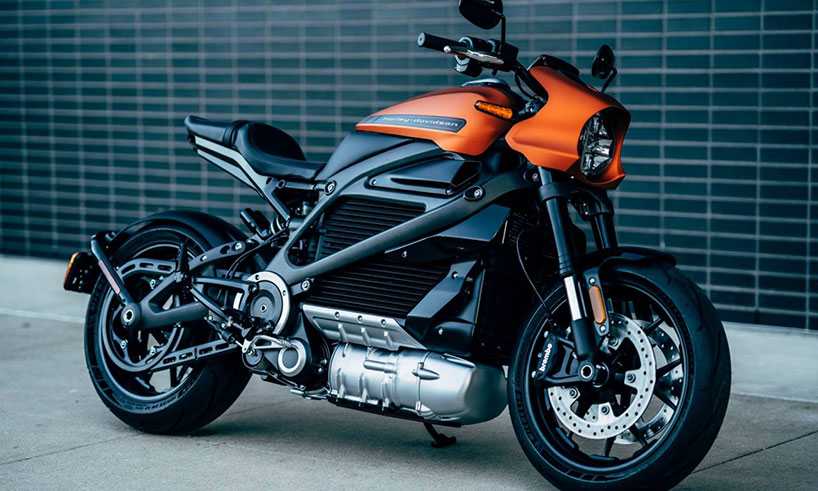 harley-davidson announced the presentation of its first electric model, dubbed the ‘LiveWire’, during milan’s EICMA 2018 on november 6th. the model is an authentic harley-davidson expression of individuality, iconic style and performance that just happens to be electric. this is the first no-clutch, ‘twist and go’ motorcycle the american motorcycle manufacturer will put on the market but definitely not the last one. 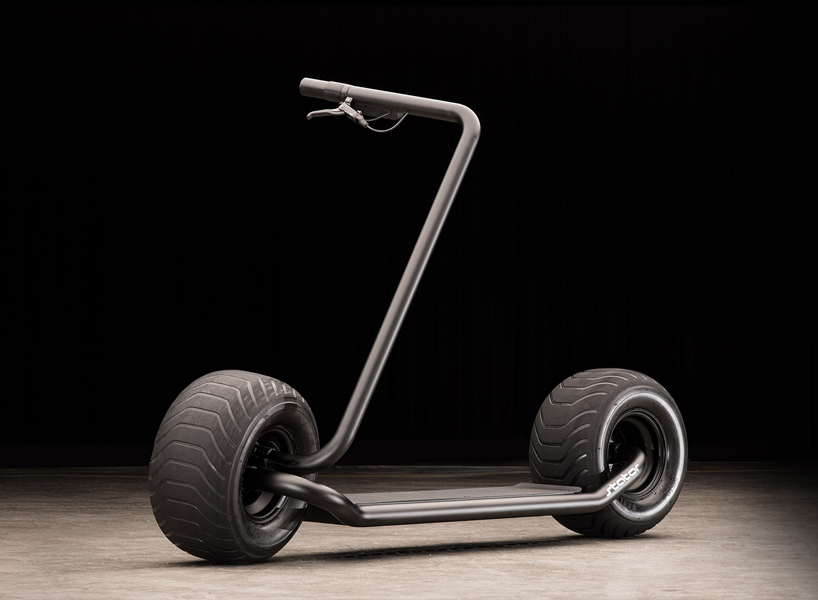 california-based product designer nathan allen has created a self-balancing electric scooter by pairing oversized wheels with a single tube frame. currently in functioning prototype form, the stator’s powder-coated chromoly steel body comprises a one-sided handlebar hosting an electronic control unit, which is connected to the scooter’s 1000W geared motor. the lightweight design weighs in at 90 lb (41 kg) and can carry riders weighing up to 250 lb (113 kg). 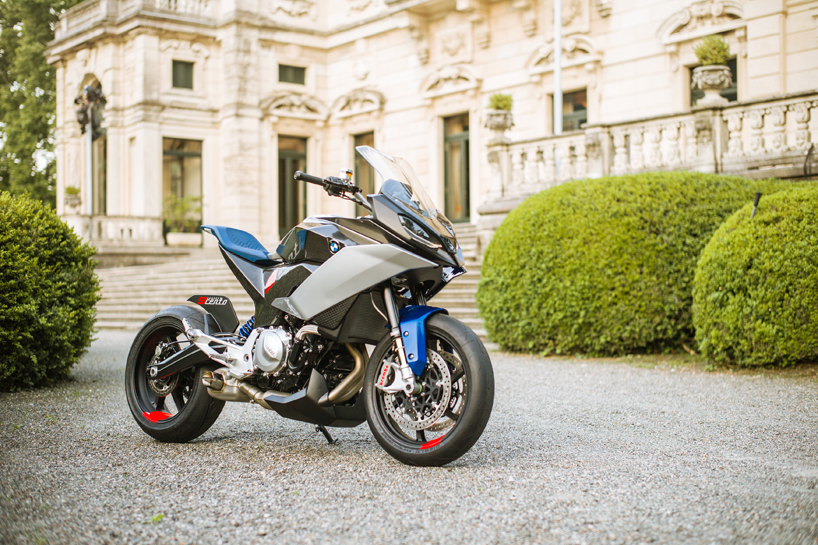 fitting in both style and performance from the streets of munich to the shores of lake como, the BMW motorrad ‘concept 9cento’ represents two motorcycling worlds on two-wheels. with its world debut at the concorso d’eleganza 2018, where designboom was exclusively present, the design challenges conventions to the point where its innovative luggage system takes center stage. the super lightweight case, which features two side compartments, clips on via a hook above the rear carrier and a powerful electromagnet below. 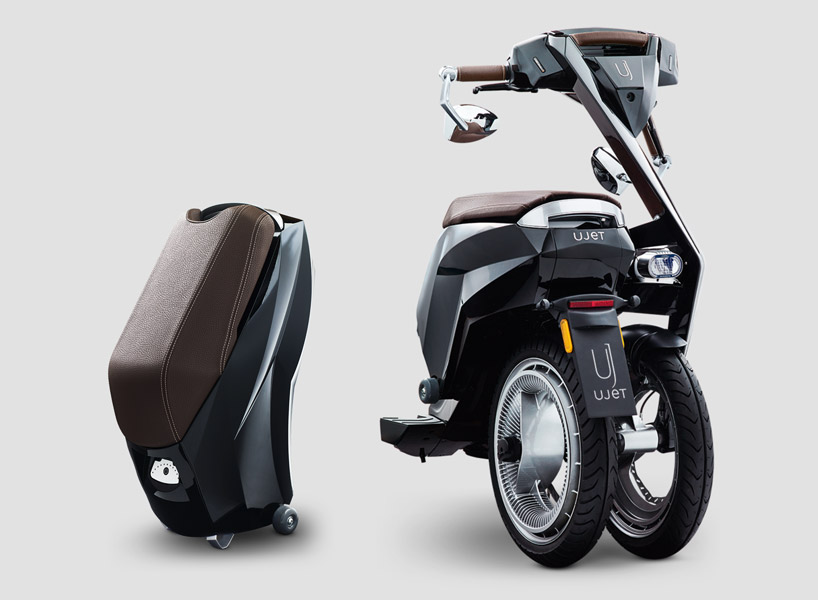 luxembourg-based UJET created the perfect city runabout – a fully foldable, electric scooter packed with smart connectivity features. the design features 14-inch spokeless wheels and a magnesium fiber frame that gives the bike its asymmetric, angular shape. it comes with two battery packs, with a range of 70 km and 150 km and a weight of 43 kg and 48 kg respectively. 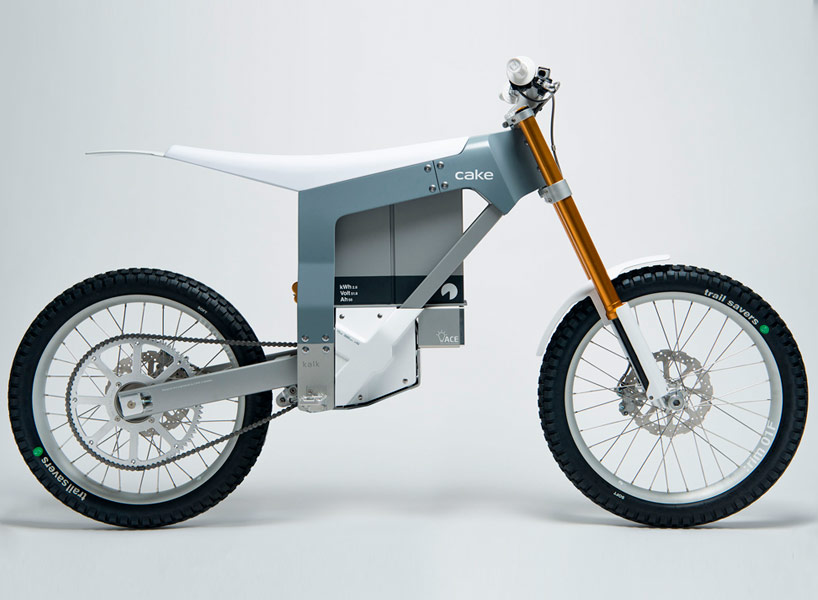 limited to just 50 editions, the cake ‘KALK’ motorcycle races on to the off-road scene with an all-mastering, all-electrified performance. it is powered by a 15 kW mid-motor and 1.8 volt, 50 Ah battery that propels it to a top speed of 50 mph, while travelling up to 50 miles on a single charge. whether on dirt or snow, the two-wheeler truly showcases its combined focus on off-road performance and innovation. 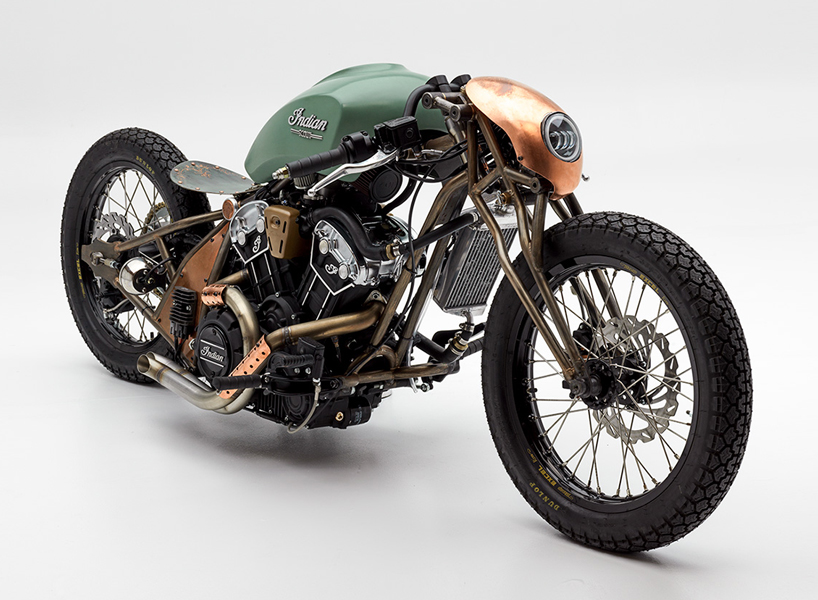 NASA engineer alfredo ‘fred’ juarez’s custom indian scout bobber won indian motorcycle’s ‘the wrench: scout bobber build off’. the winning design features a completely custom hardtail frame that references a number of different mechanical works of art, both in an out of the motorcycle industry. the exposed frame allows for a closer look of the engine that boosts an impressive 100 barely-tamed horsepower of its 69-cubic-inch v-twin.