image: toyotathe hybrid-x is a concept vehicle by toyota that aims to introduce new design language for the company’s growing line of hybrid vehicles. the four-door, four-seat vehicle was developed at toyota’s european styling centre in the south of france. the doors open in opposite directions crating a wide entrance to the interior, which features shell seats that swivel slightly. the roof of the car is mostly glass, opening up the inside even further. the car’s LED lights can display graphic forms and animations that give other drivers and pedestrians more informative data about the car’s movements. 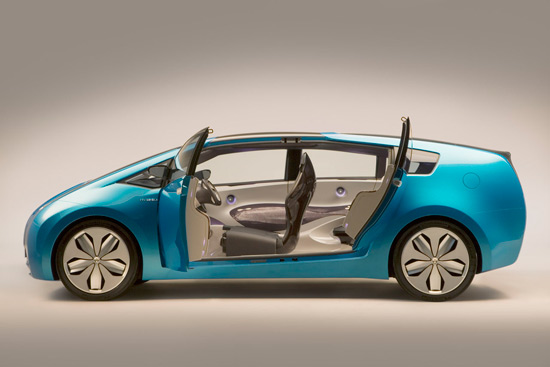 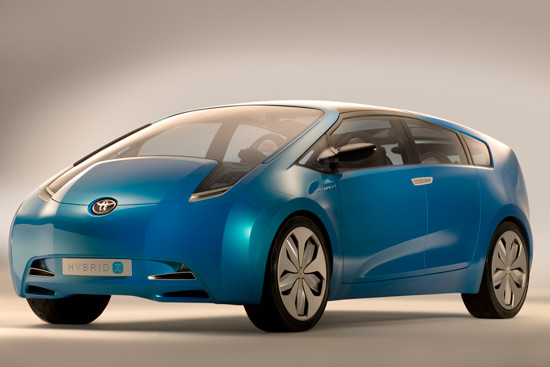 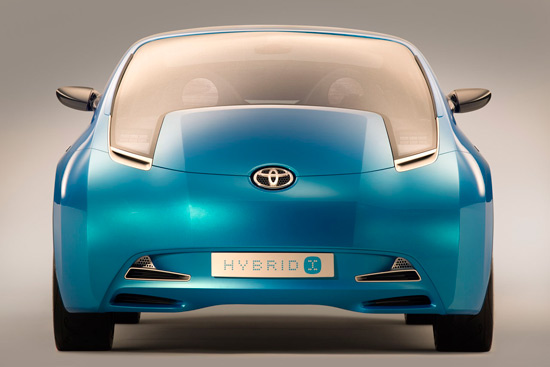 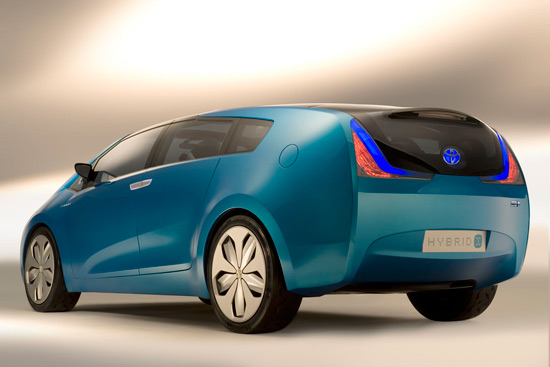 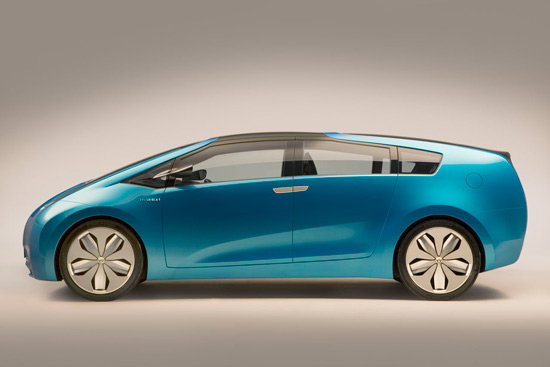 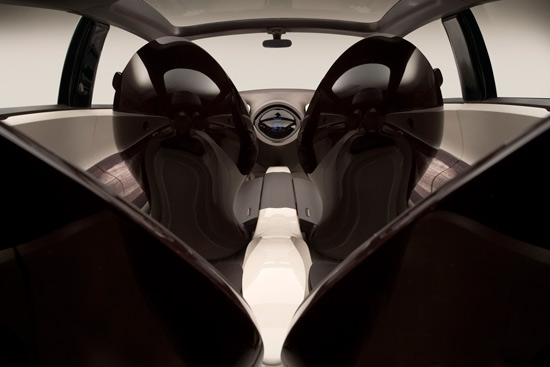