toyota announces plans to join forces with the japan aerospace exploration agency (JAXA) to build a pressurized self-driving rover that will land on the moon in 2029. the six-wheeled electric vehicle will be capable of accommodating two people for a distance of 10,000 kilometers using toyota’s fuel cell technology. 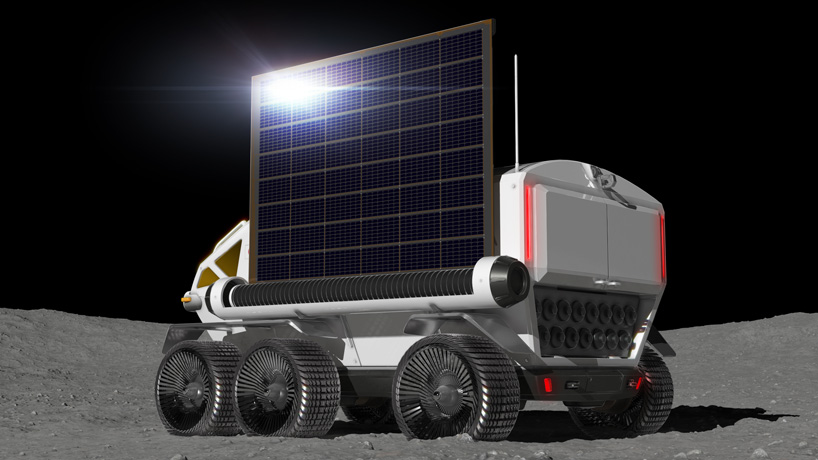 at 6 meters long, 5.2 meters wide and 3.8 meters high the rover will be the size of about two minibuses. inside, a living space of 13 square meters accommodates astronauts who will be able to enjoy lunar views without the need of their spacesuits. in case of an emergency, their is space for two more people on board. 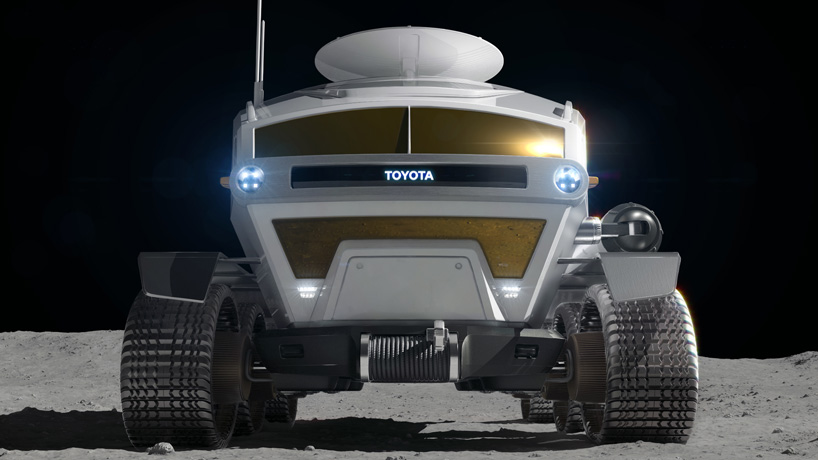 the concept will use toyota‘s fuel cell vehicle (FCV) technology, which instead of using a battery, uses a fuel cell of oxygen and compressed hydrogen, which react with each other to generate electricity. the zero-emissions technology is already used on toyota’s mirai vehicle.

‘fuel cells, which use clean power-generation methods, emit only water, and, because of their high energy density, they can provide a lot of energy, making them especially ideal for the project being discussed with JAXA,’ said shigeki terashi, executive vice president at toyota. 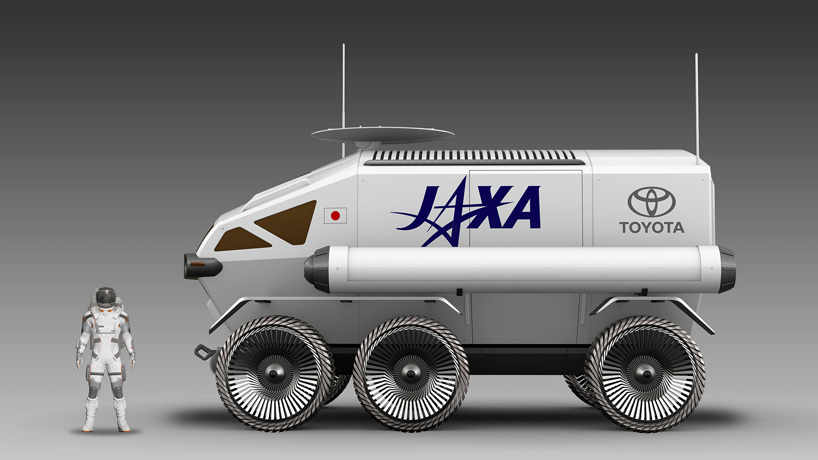 the announcement comes at an active time in space exploration. following a successful launch on saturday, the spaceX crew dragon capsule docked at the at the international space station, earlier this year china’s chang’e-4 lander landed on the far side of the moon before announcing ambitions to build the first power station in space, and last month japan airlines-backed startup ispace announced that its HAKUTO-R mission will orbit the moon in 2020 ahead of a mission to land on the surface in 2021.

the US-based moon express and ispace, are interested in mining the moon’s resources such as the water ice  on the lunar surface. if separated into its components — hydrogen and oxygen — they could potentially be used as rocket fuel for vehicles already in space like toyota’s moon rover.

‘manned, pressurized rovers will be an important element supporting human lunar exploration, which we envision will take place in the 2030s,’ said koichi wakata, jaxa vice president. ‘we aim at launching such a rover into space in 2029.’