the ‘window to the world’ concept for creating interactive car windows

the work of collaboration between the the kansei design team (an R&D group of toyota motors europe) and consultants at the copenhagen institute of interaction design (CIID), the ‘window to the world’ concept envisions the interior of the cars of the future as an interface for young passengers to learn and be creative. the concept converts backseat windows into transparent touch screens, providing users with games and educational tools as well as information about landmarks and other objects visible from outside.

the ‘window to the world’ concept is composed of five parts: – ‘drawing in motion’, in which the window is used as a canvas for passengers to draw on with their fingers; – ‘zoom’ that lets passengers zoom-in on objects visible through the window; – ‘translation’, in which riders can click on an object visible through the window and see and hear a foreign language translation for it; – ‘augmented distances’ that estimates the distance between the vehicle and an object viewable outside; – and ‘virtual constellations’, in which the car’s panoramic roof can display stellar constellations and information about them,   using the actual sky as a backdrop.

video demo of the concept 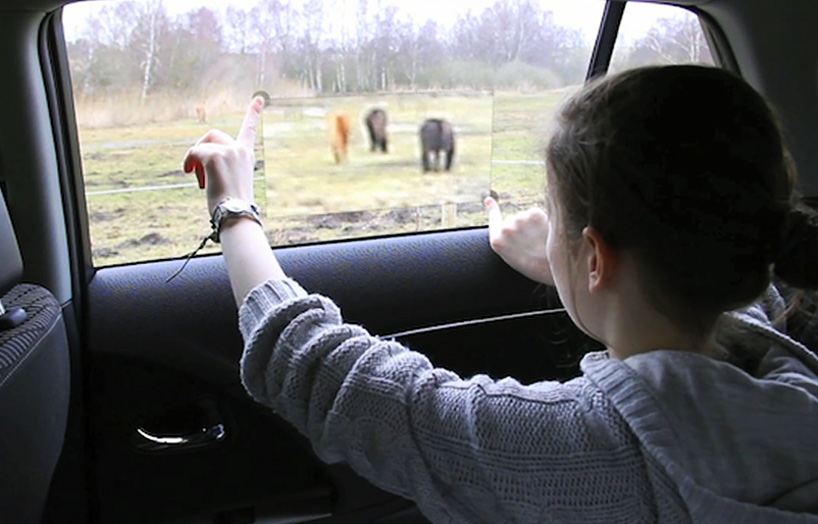 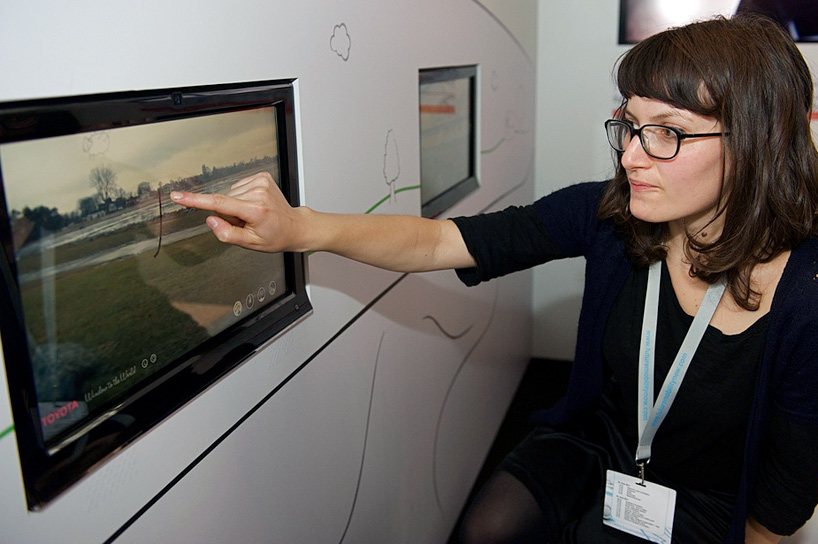 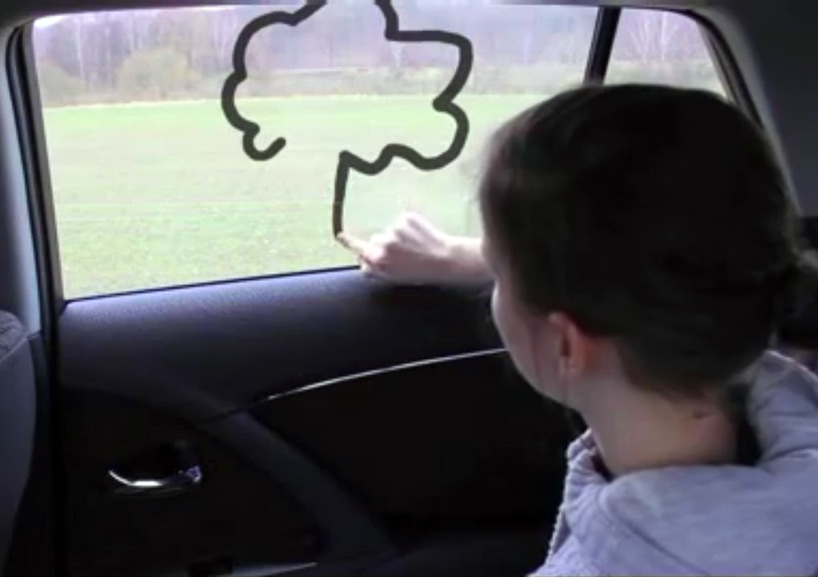 through the ‘drawing in motion’ setting, the window can be used as a canvas for sketching