triton submarines is known for its deep-diving vessels capable of traveling over 3,000 feet below water. based in florida, the company has unveiled its latest achievement: the world’s deepest-diving acrylic submarine that can transport two passengers up to 6,600 feet below sea level, allowing sea explorers to reach new depths of discovery. 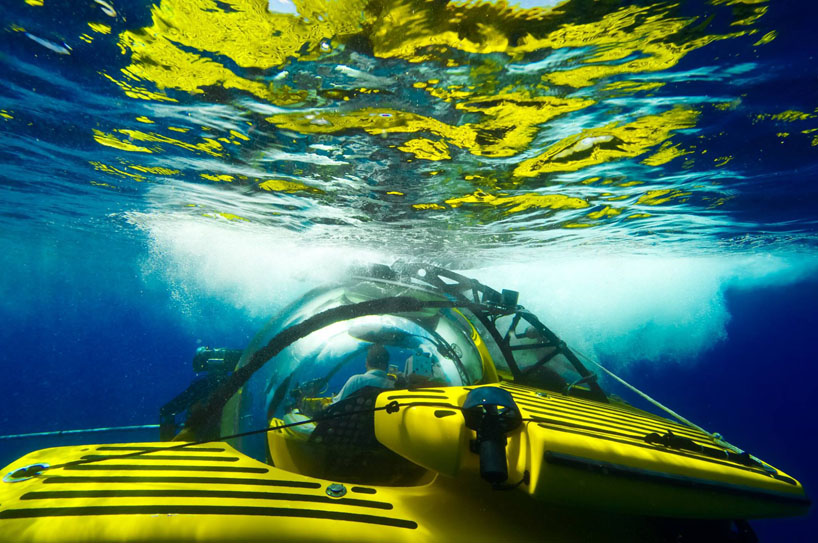 the triton ‘6600/2’ personal submarine features four thrusters powered by 24-volt batteries, allowing it to travel at speeds of up to 3 knots (3.5 mph), while one pilot and passenger can spend up to 12 hours admiring underwater seascapes and marine life. the vessel’s safety features include an additional 96 hours (four full days) of reserve oxygen, emergency breathing equipment, plus emergency food + water. as sunlight can only travel about 700 feet below sea level, the engineers working the ‘6600/2’ have mounted six powerful lights to the craft, ensuring that its passengers can illuminate their underwater surroundings, while making more high-depth discoveries. 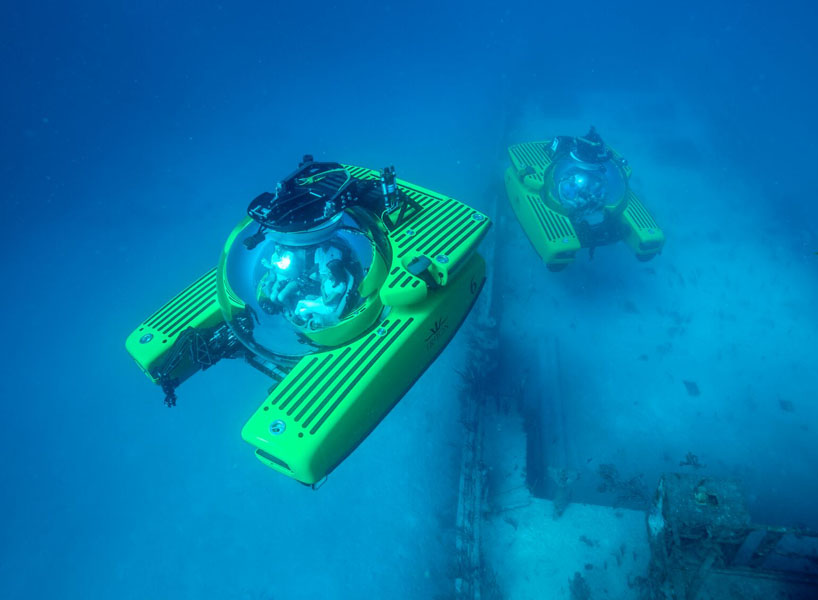 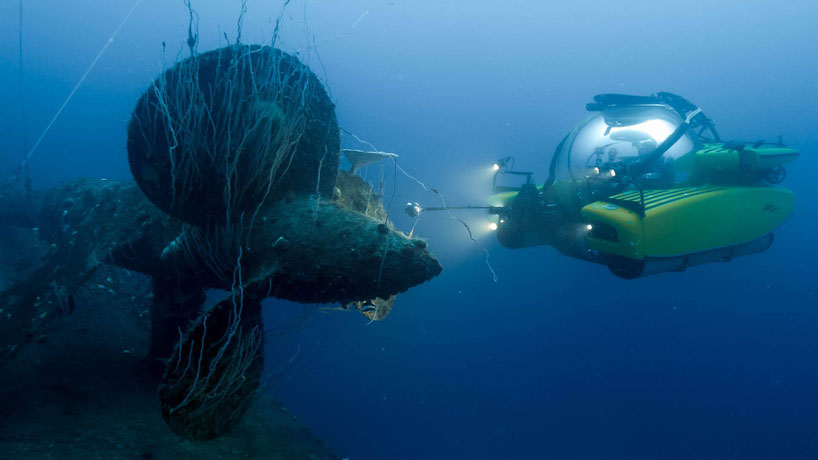 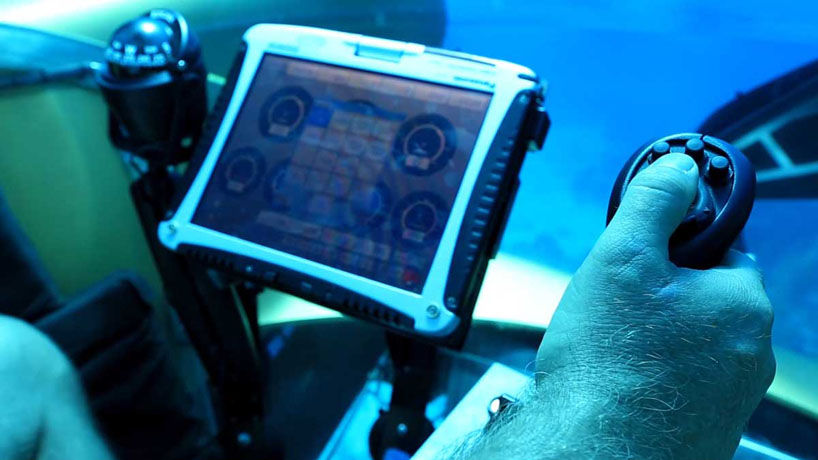 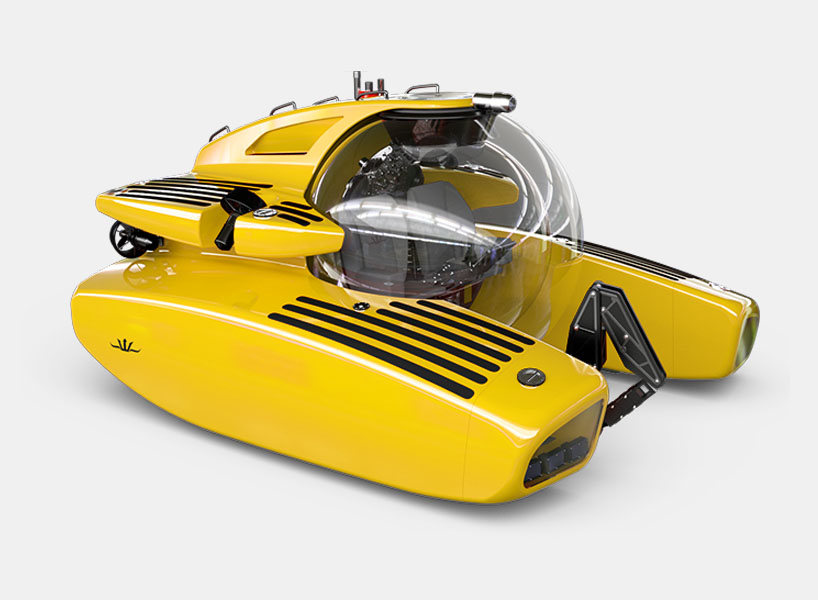 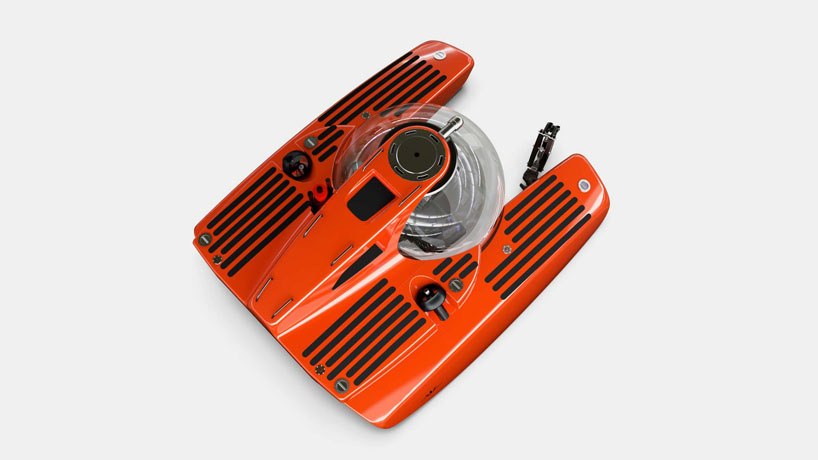 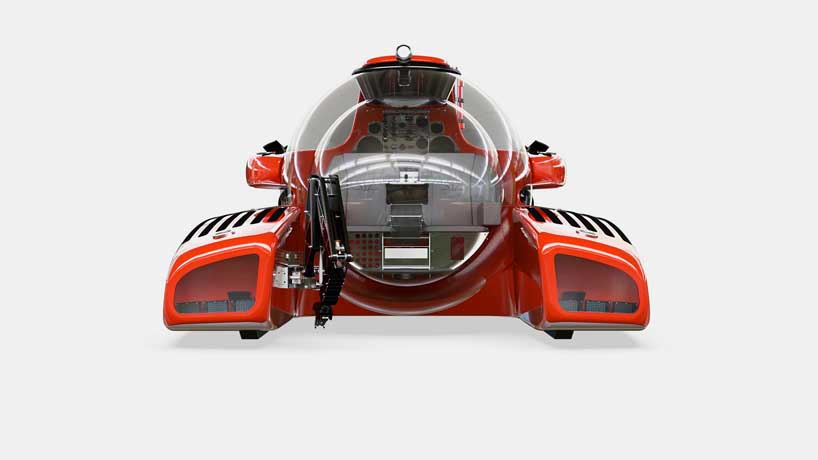 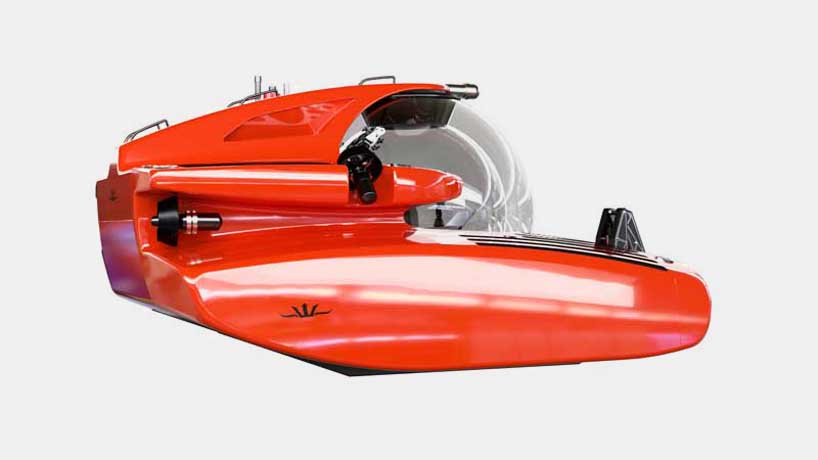 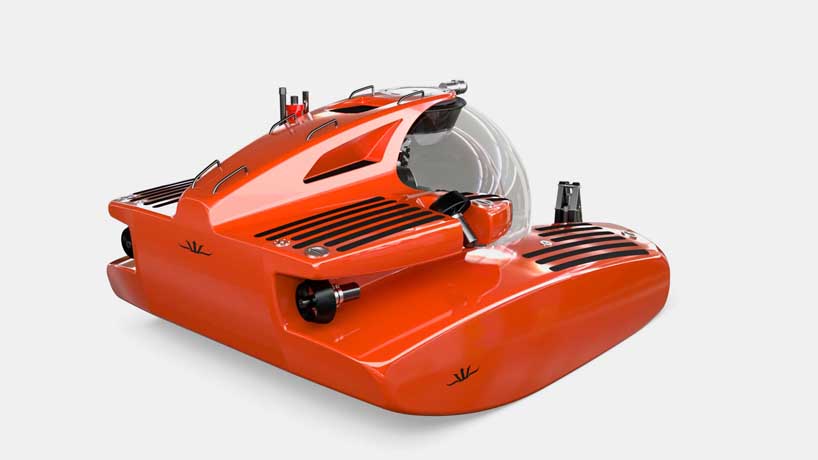