Triton harnesses energy from the ocean

Triton wave energy converter (WEC) conceived by the energy company Oscilla Power leverages energy from the motion of the waves and converts it into electricity. Connected to moorings, the platform is made to float on the oceans, featuring a submerged reaction ring that will be lowered onto the sea floor with the aid of drivetrains. Triton was designed under the company’s vision to create large-scale, clean, renewable energy from the world’s oceans. The project captures energy in low-cost but advanced technology with unparalleled reliability and survivability. 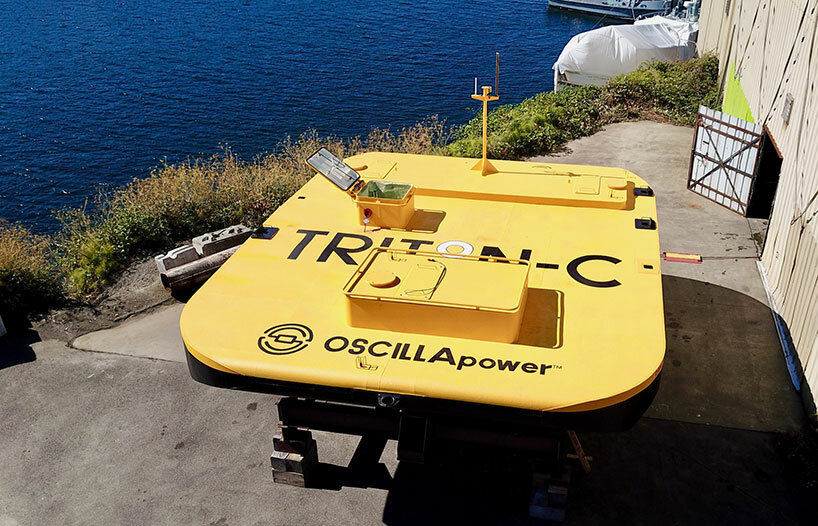 all images by Oscilla Power

Triton is a highly efficient multi-mode point absorber that consists of a geometrically optimized surface float connected to a ring-shaped, vertically asymmetric heavy plate by three flexible cables. Unlike most conventional wave energy devices, it is capable of extracting energy using all directions of movement, such as heave, pitch, surge, roll, and yaw. This way, it captures more energy per year and thus produces electricity at a substantially lower cost.

To reliably and high-efficient convert mechanical energy to electricity, Triton uses three independent hydrostatic and hydraulic drivetrains. Developed by Oscilla (see more here), the hydraulic drivetrain has been engineered to effectively manage the highly variable power flows and dissipate peak energy as needed. This enables the power variability to be significantly reduced, allowing a more constant power output. The electrical output of the three independent drivetrains is then aggregated, and supercapacitor storage is used to reduce the power variability further and increase the power quality. This substantially mitigates one of the biggest challenges with wave energy devices. For maximum mechanical energy capture in each wave condition, each energy converter has an optimal force/displacement profile.

These self-deployment and self-recovery functions remove the need for specialized vessels or heavy lift equipment during installation and recovery operations. Only a regular tug is required to tow the system and supply hydraulic power for winch operations. The use of a transport configuration allows towing and installation in higher sea states, increasing the duration of acceptable weather windows and thus reducing vessel standby costs.

Triton has been engineered from the start to be survivable in extreme ocean conditions. Locations with the highest energy also tend to experience the most severe extremes and so a viable survival strategy is critical. In the Triton this is accomplished through a number of approaches. As weather conditions increase, the float is detuned by adding water ballast, altering the natural periods of the system, and lowering the reserve buoyancy. This reduces the motions of the system and limits the maximum loads the system experiences. In the most extreme waves, the system is fully submerged, providing maximum load limiting. Even in the fully detuned and submerged state, the system will continue to generate power. 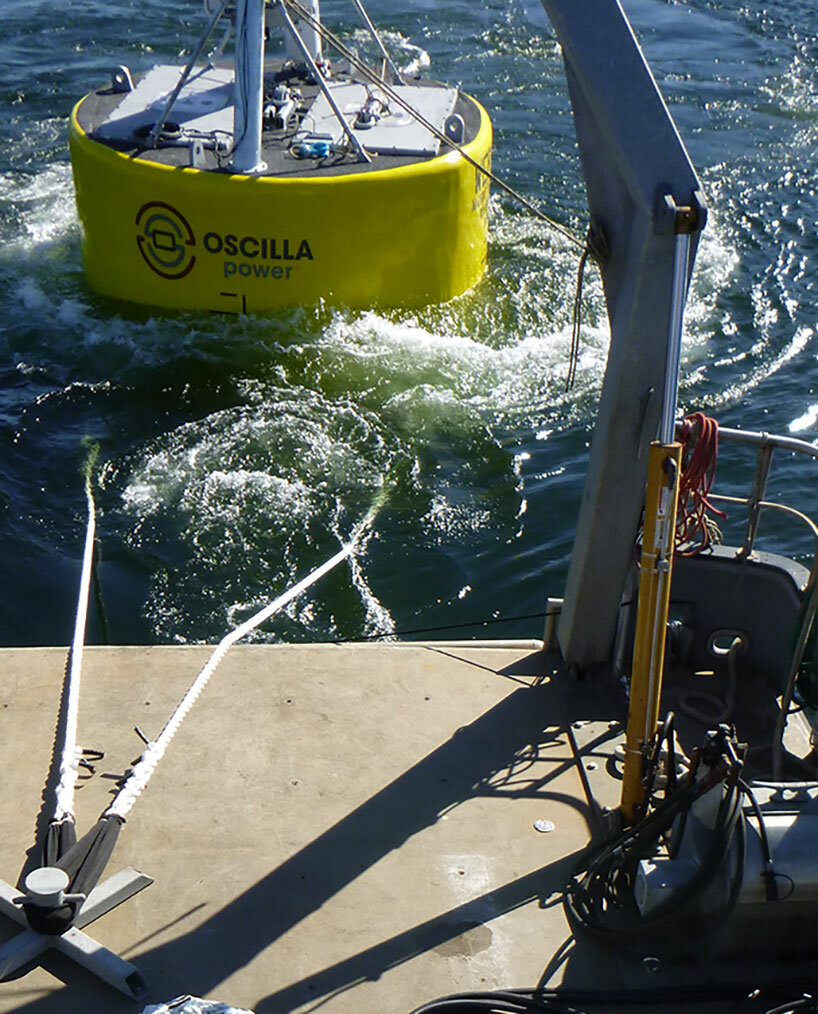 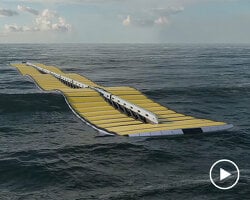