triumph thruxton motorcycle: the original ‘thruxton racers’ inspired a generation of stripped-back and hand built ‘one-off’ café racers.  adding to the symbolic name, triumph have created the all-new ‘thruxton’ and ‘thruxton R’ powered by its game changing 1200cc ‘high power thruxton spec.’ engine. the model upgrade returns the motorcycle to its heritage performance roots, with all the power, handling, agility and capability to match its beautifully imposing and authentic styling. out of all the members of the new ‘bonneville’ family, the new triumph ‘thruxton’ series have the most to live up to. their name is about as legendary as it gets, even for an icon like the ‘bonneville’. back in the 1960s and ’70s it was synonymous with triumph’s racing success across the world and most notably at the isle of man TT, and it inspired a generation of teenage café racers and custom specials. 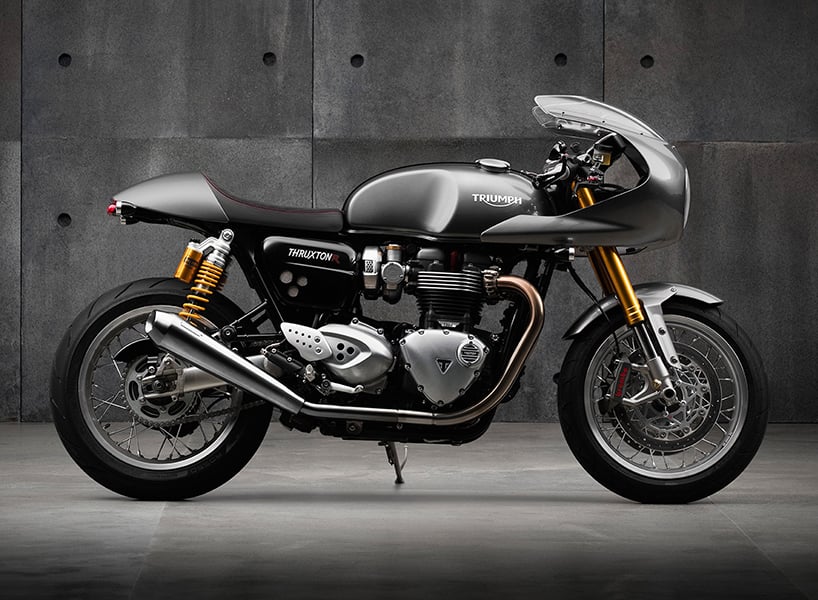 together, the elegant and imposing lines are perfectly matched by the quality of design, detailing, power and performance, as well as the incorporation of contemporary technology to a ride that’s as poised as it is exhilarating. this combination of head-turning style, performance and unparalleled heritage and character is what makes the new ‘thruxton’ family an ultimate modern classic café racer. the more contemporary ‘thruxton R’ builds on the capability of the motorcycle, equipped to a higher specification with brembo ‘monobloc’ calipers, showa ‘big piston’ forks, öhlins rear suspension and pirelli ‘diablo rosso corsa’ tyres. 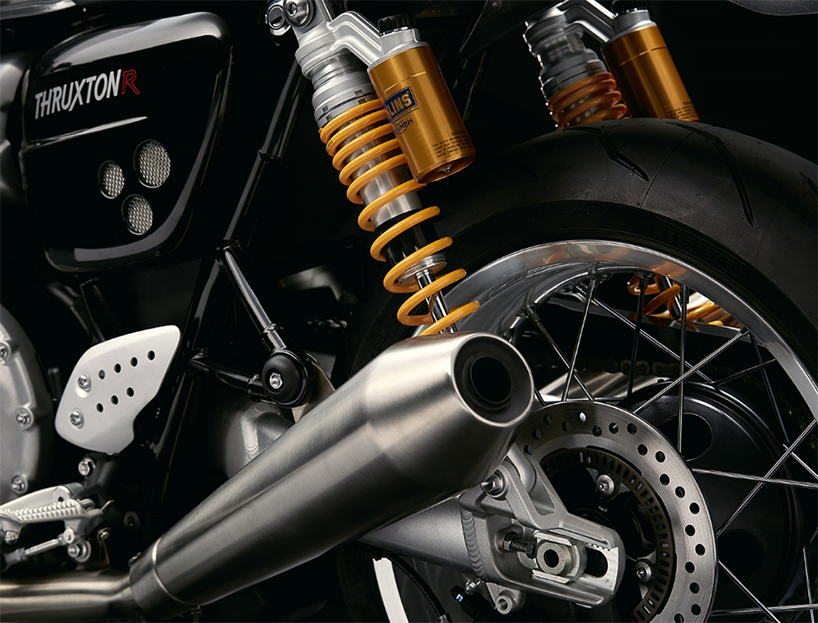 the ‘thruxton spec. engine’ delivers a massive peak torque figure of 82.6 ft.-lbs. at 4950 rpm — an amazing 62% more than the previous generation. with a high power output of 96hp at 6750 rpm, 41% up on the previous model’s engine, the new 1200cc engine delivers much more power lower down and across the whole rev range, with an incredible 68% more power at 4500 rpm. 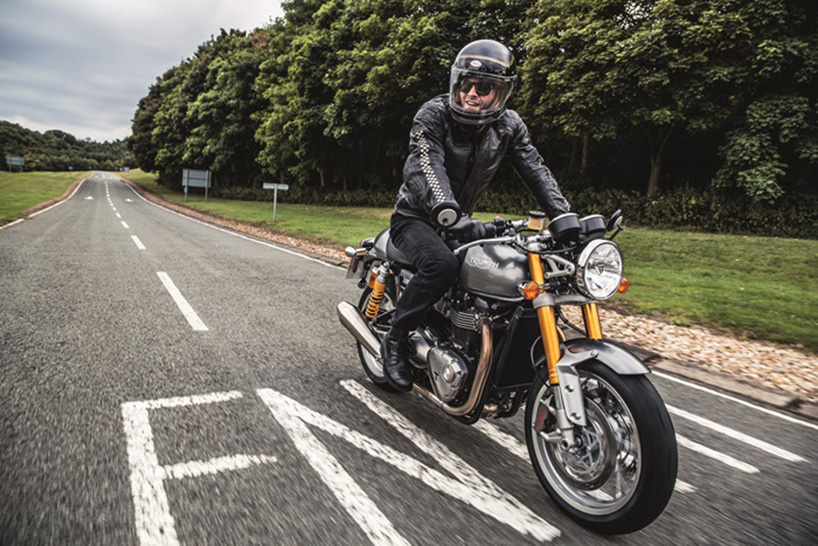 triumph has produced a ‘thruxton’ worthy to carry the name to the next generation of owners. the styling and attention to detail lavished on the bike is second to none. the upgraded ‘R’ model’s handling is refined thanks to its responsive brakes, suspension and chassis balance. 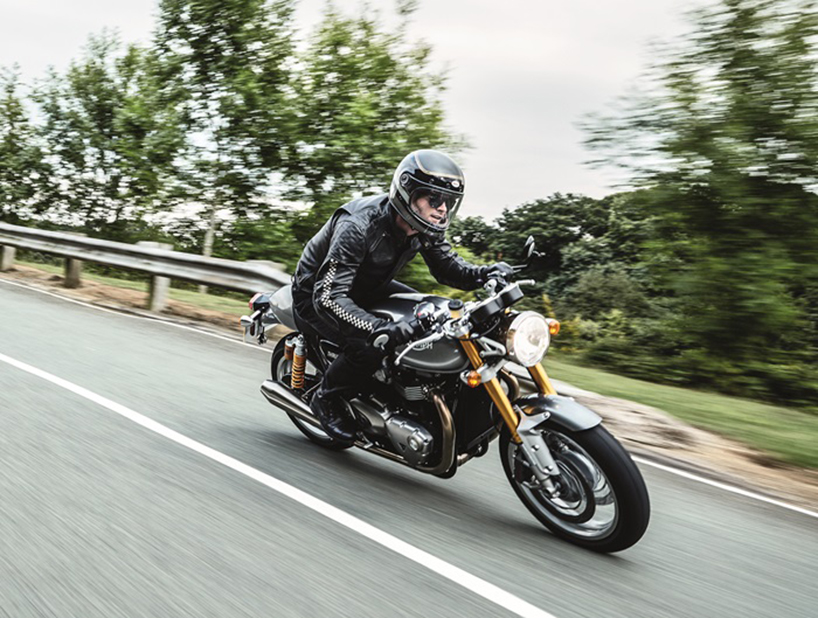 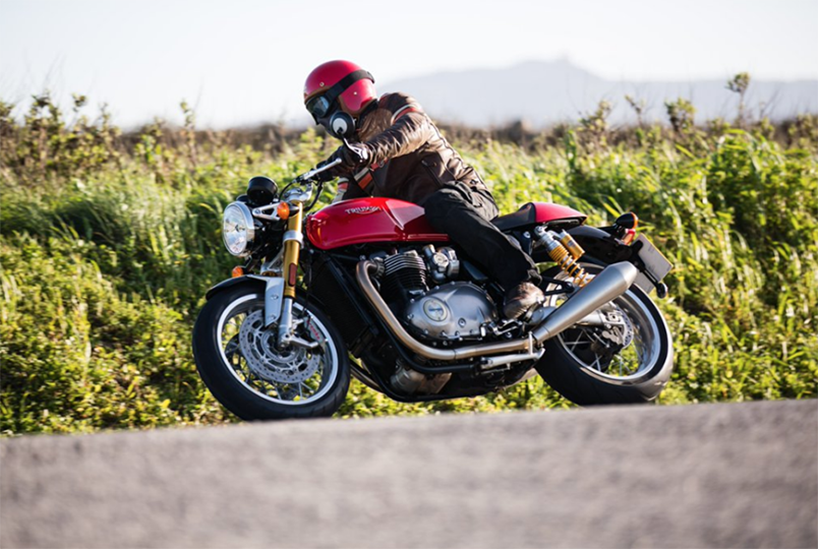 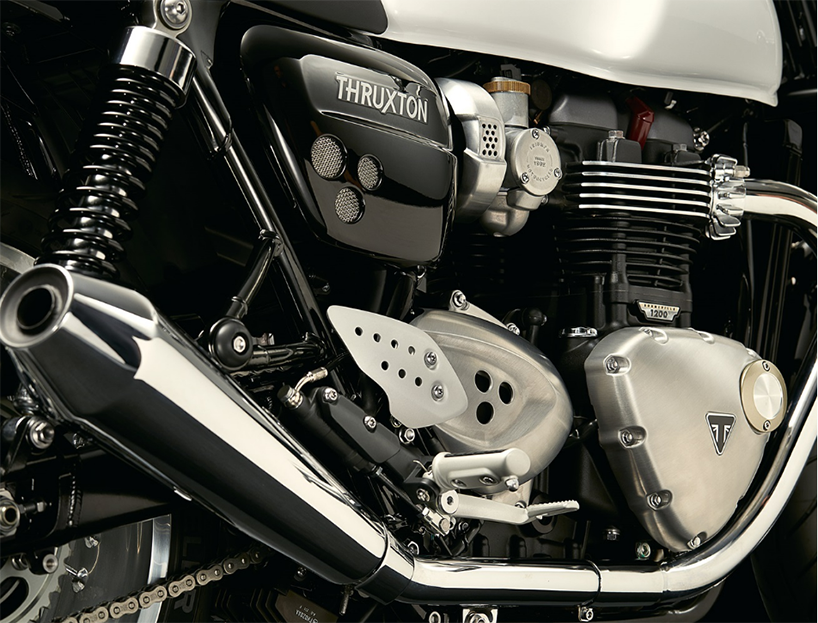 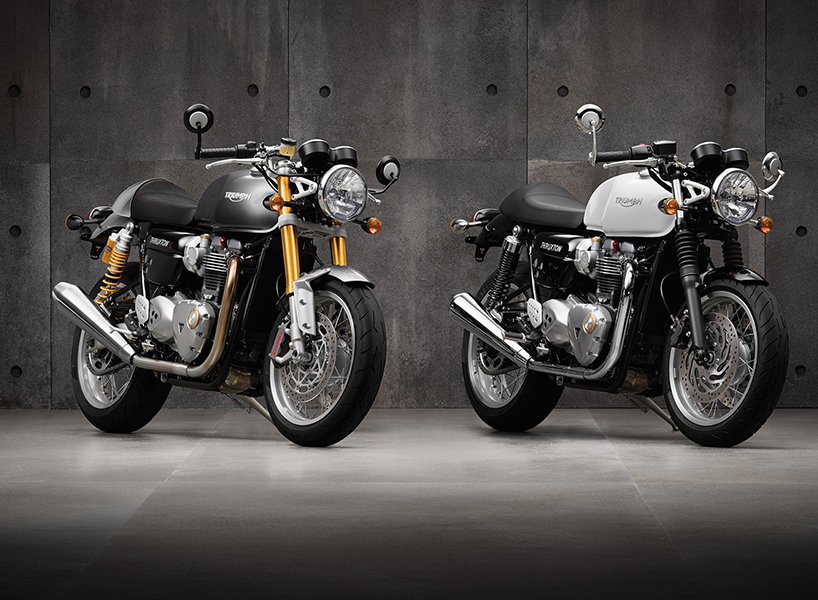