US president trump takes to twitter, lamenting that automated airplane technologies are too complex — are simpler, more manual aircrafts better? in the wake of recent airline crashes, trump expresses his critique of the technological complexities of commercial aircraft. on march 10th, a boeing 737 max 8 crashed in ethiopia after pilots reported ‘flight control problems’ just months after a similar crash off indonesia. meanwhile, the F.A.A. has been called to ground the model during the ongoing investigation of the latest crash. without naming boeing or the max 8, president trump condemns what he describes as the excessive control overtaken by technology of contemporary commercial aircrafts. 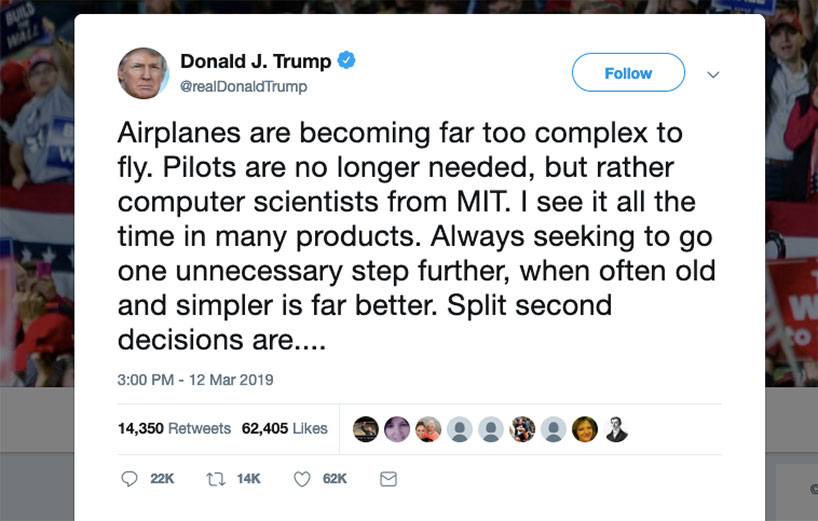 through his tweet, the US president heralds the ‘great flying professionals’ over automated functions. while trump argues for a return to increased manual control by the pilots, many suggest that the issue lies in training guidelines and the pilots’ knowledge of these latest technologies — specifically how to manually disable and override an automated system in the event of an error. rather than dismissing the technological complexities of the aircraft, this argument advocates a rigorous process during software development in which the pilot’s interactions with the software are more thoroughly examined. 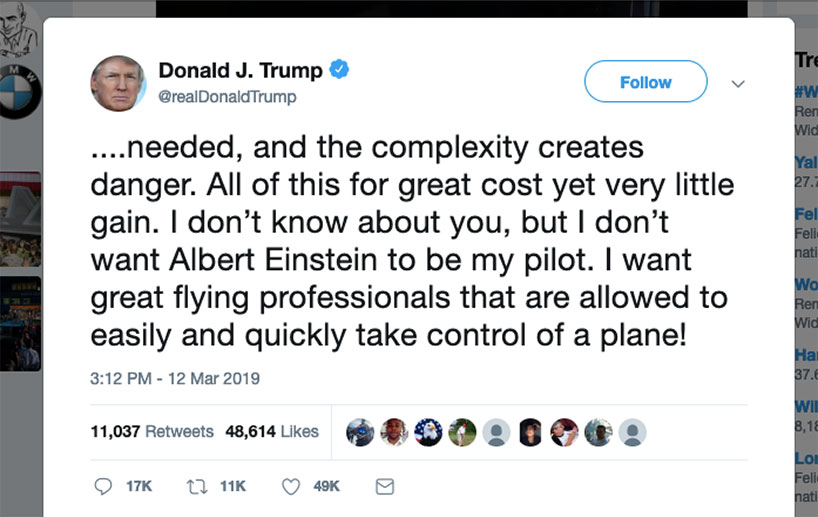