for elon musk, the hyperloop is something of a passion project. the futuristic transport — where a passenger capsule is shot through a vacuum tube at over 1,000 km an hour — is shaping up to be the future of high-speed transport, and over at spaceX HQ recently, that future came a little bit closer to becoming a reality. in the first round of the hyperloop test phase competition (where teams are tasked with actualizing the concept) a group of university students from TU delft was awarded the overall prize. this isn’t a school science project however: hyperloop might soon be part of our morning commute. the concept has led to a number of different parties attempting to get the futuristic transport off the ground, even including heavyweights like the bjarke ingels group.

if you haven’t heard of the hyperloop, it’s something like firing a gun — and you’re inside the bullet. people and packages are transported through massive tubes (underground or elevated) by means of passenger capsules. resistance is kept to a minimum by creating an environment just short of a vacuum, meaning you could make the journey from LA to san francisco in about 30 minutes, all from the comfort of your hyperloop pod. 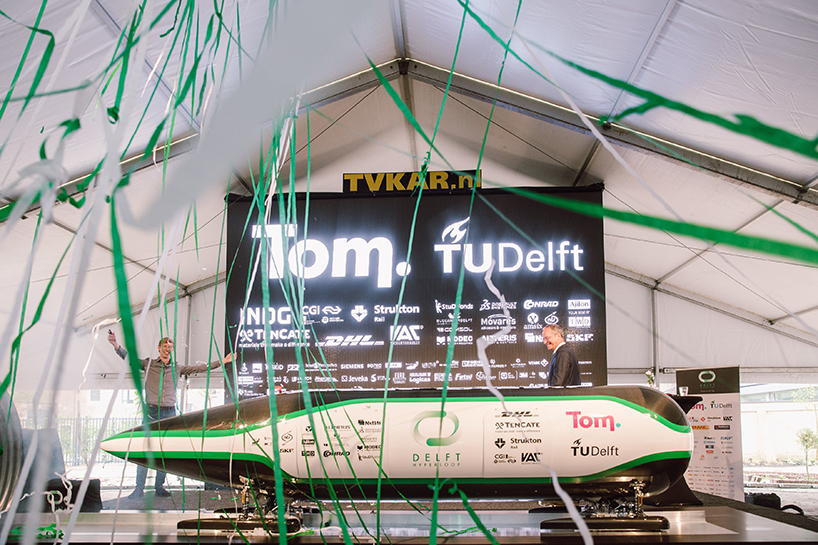 the concept was originally proposed back in 2013, when musk and his company spaceX published a white paper outlining the proposal. the super fast tube was imagined as a fifth mode of transport, an alternative to planes trains, cars and boats, that is faster, safer, cheaper and realistically achievable. of course, a lot of planning is needed to make something like this and with more than enough on his plate already, musk opened the conversation up to the public.

the finished product will travel at over 1,000 kmph
image courtesy of hyperloop

in 2016, a team from the massachusetts institute of technology won first prize at a competition to design the hyperloop pod, but at this year’s phase 1 testing competition the top nod went to the TU delft team from the netherlands. of a total of 29 entries, only five teams passed the safety test, with the final race coming down to three groups. the winning concept balanced speed with efficiency of design, economy of cost and safety. munich’s technical university won the prize for top speed, and MIT won for safety and reliability, but delft hit the sweet spot between all three. the next phase of the competition will take place in the summer of 2017 and is open once more to all contenders, with those turned down in the past welcome to refine and represent their designs.

according to a report by wired musk has already broken ground on a test tunnel for a hyperloop line, experimenting with new means of boring holes in the ground that will hopefully get the job done faster, safer and cheaper. 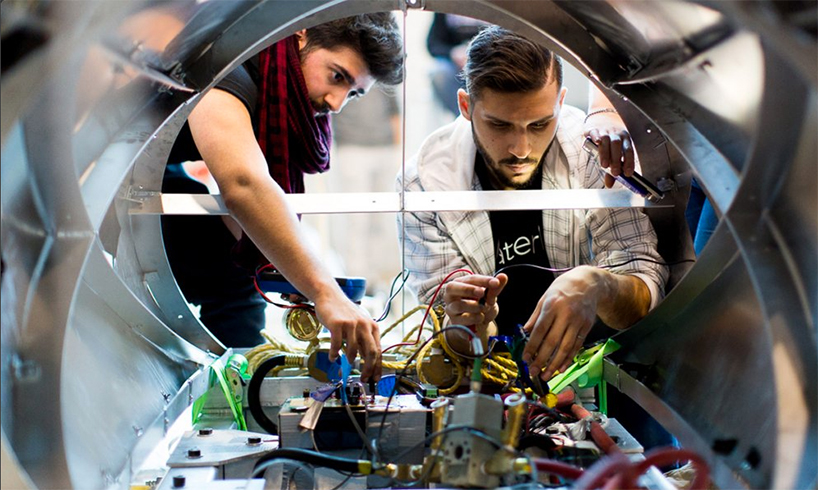 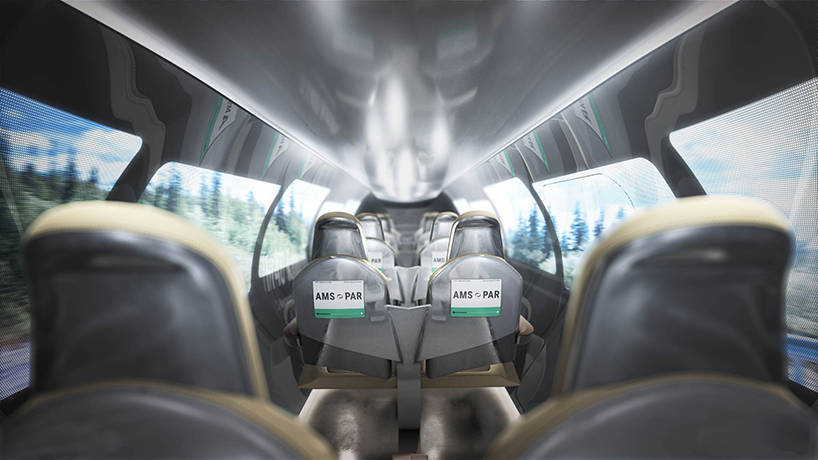 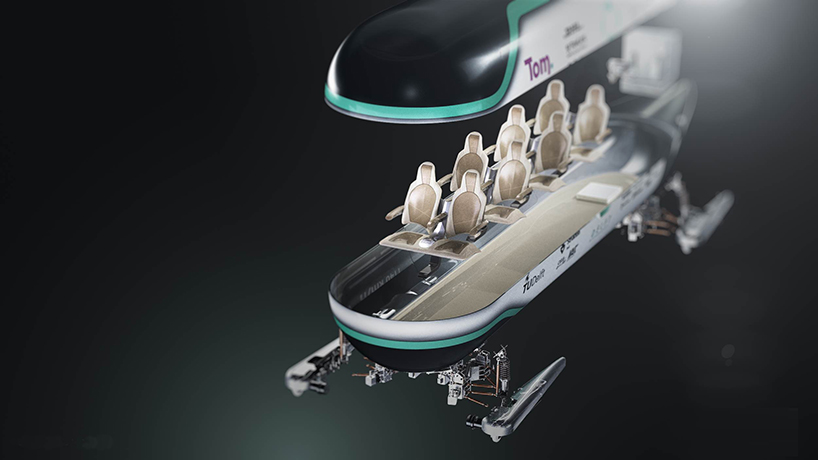 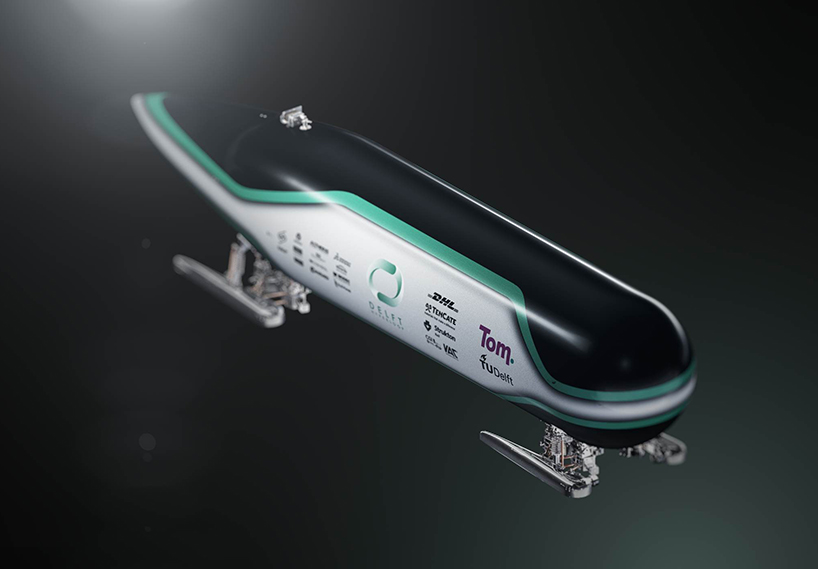 if realized, the hyperloop could get you from LA to san francisco in about half and hour
image © INDG 2016
courtesy of delft hyperloop 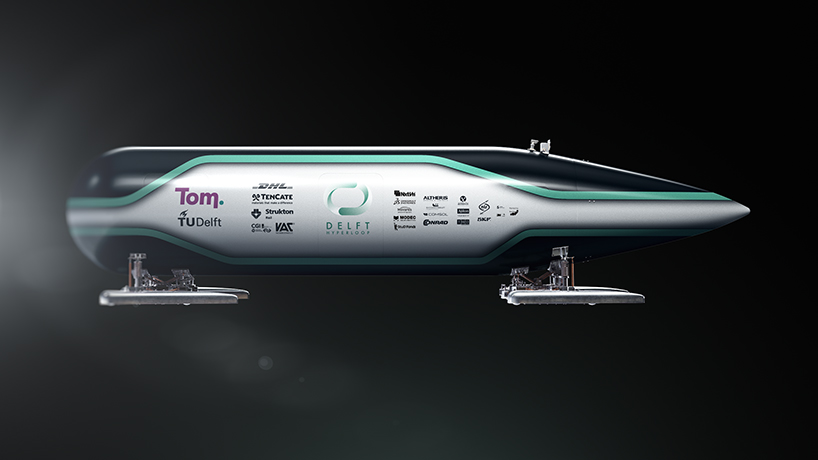 the winning concept balanced speed with efficiency of design, economy of cost and safety
image © INDG 2016
courtesy of delft hyperloop 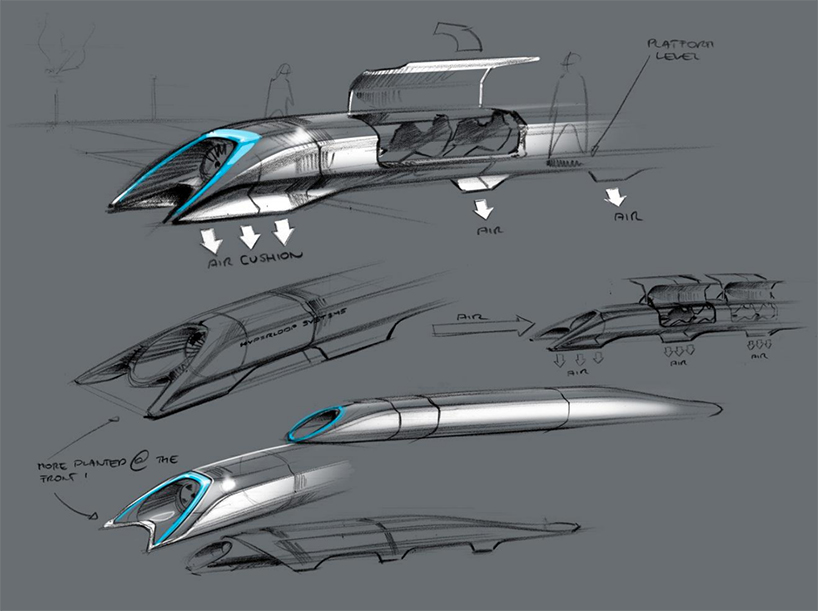 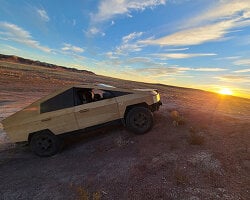