more common in india, asia, and africa than in western countries, ‘tuk tuks’ are three-wheeled cars typically used as novelty taxis and for public transportation, powered either by biking or fuel. tuk tuk factory produces some of the first electric models of the vehicles, to which the ‘vendo’ has just been added as the first craft designed specifically for food service.

offering a range of almost 40 miles (60km) per charge, and attaining full capacity from outlet charging within 10 hours on the base model (2 and 5 -hour chargers also available), the vehicle’s lead-acid battery provides enough power to simultaneously operate an onboard refrigerator while driving. the ‘vendo’ is designed to be plugged in during stops, to power all systems (sink with water pumps, refrigerator, electrical outlets) and recharge. the right side of the vehicle  opens to provide 3 cubic meters of retail space, with the ability to slide the side cover into place as a canopy top. a built-in work table can be pulled out of the rear to provide a countertop.

the basic version of the ‘e-tuk vendo’ is priced at 24,000 euro, with an expected lead time of three to four months. additional extensions to the vehicle include a solar roof and rain covers and other accessories. 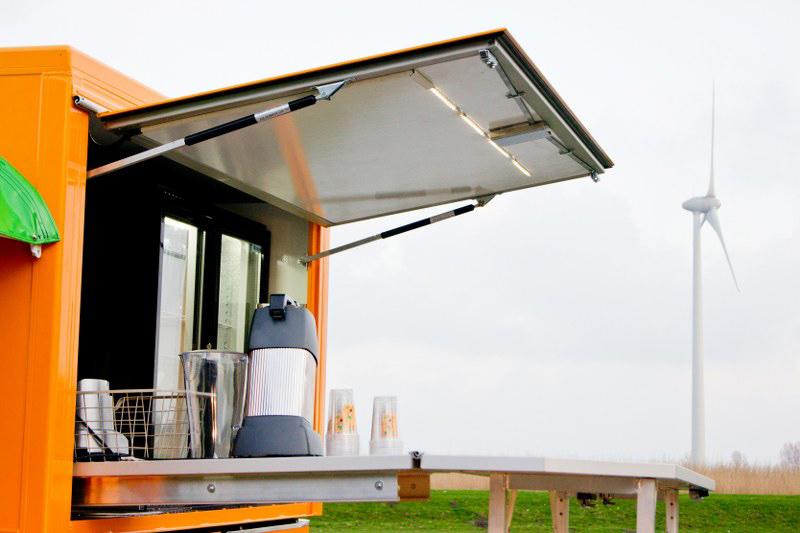 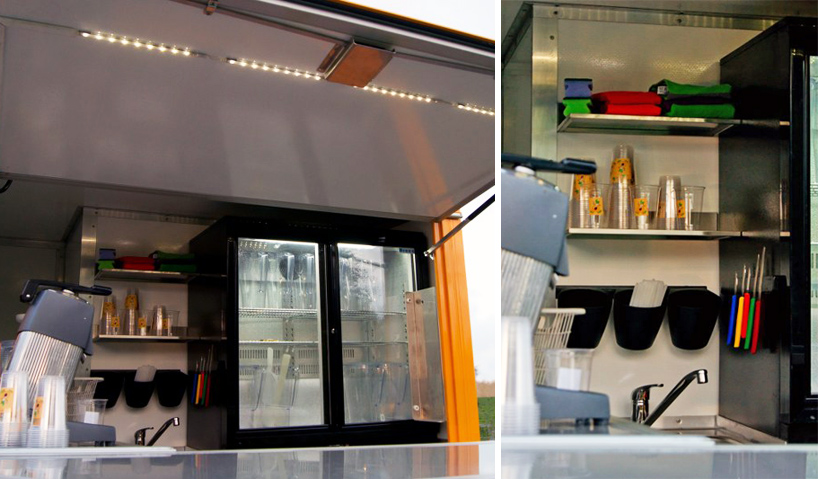 interior views of the first ‘vendo’ produced, for ‘toeti froeti’ 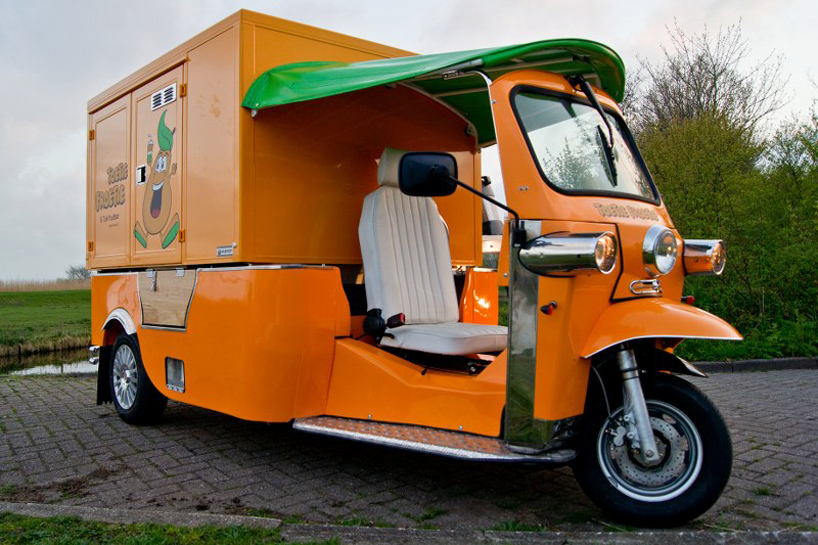 view of passenger side (closed rear section used only for cabinet entry, does not open fully) 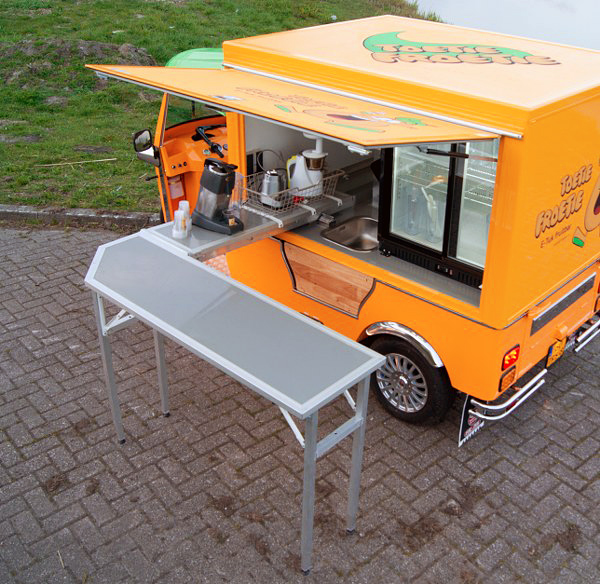