jeff holden, chief product officer at uber, spoke to an eager audience at the web summit in lisbon about the company’s aerospace division: uber elevate. the project aims to bring uber to the air with demonstrations as early as 2020.

uber first presented the urban air transportation system in the white papers, published in late october, 2016. at the web summit, holden shared new additions to the project, including the news of a major partnership with NASA. 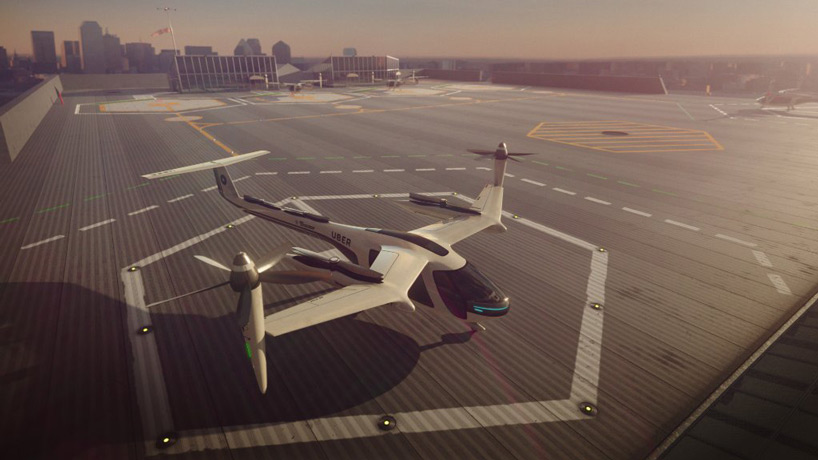 the partnership with NASA opens many doors for uber’s flying car system. NASA has been working on UTM (unmanned aerial systems traffic management), a new aerospace management technology that is critical to create a safe and effective system. this technology, alongside classical airspace control methods, make uber’s vision that much more feasible for the near future.

this ‘space act’ defines a formal collaboration for NASA and uber to work together on technological innovations and utilization techniques. ‘our approach is kind of like crawl before you walk, walk before you run in combination with us building the technology and nasa bringing their expertise on airspace and simulation environments is a perfect gathering of the forces and skills to make this happen as fast as possible,’ describes holden. 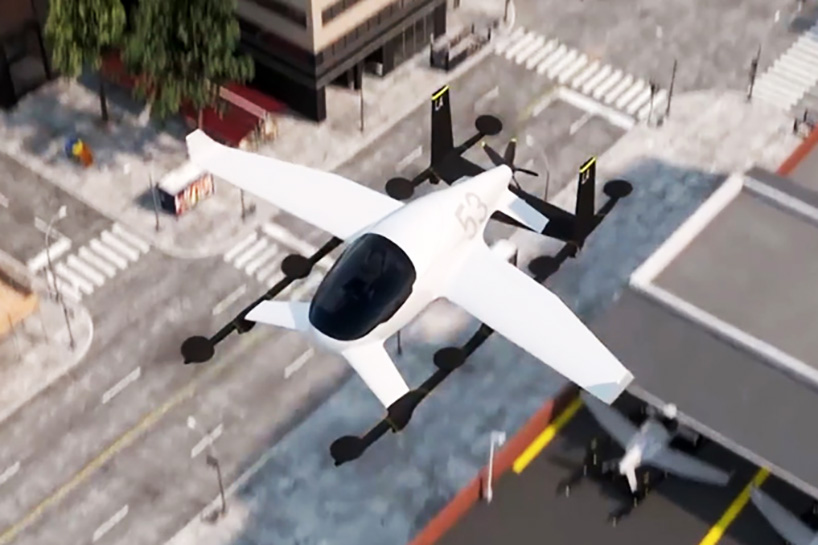 on a technical level, the craft battery technology allows crafts to fly for about 25 miles. uber hopes to improve that by increasing the target flight distance to 60 miles for the 2023 launch. this requires the creation, perfection, and mass production of new technologies. one of the major setbacks of a system like uber elevate is the existing air traffic control regulation put in place — the introduction of many new aircrafts to the urban sky has its difficulties. 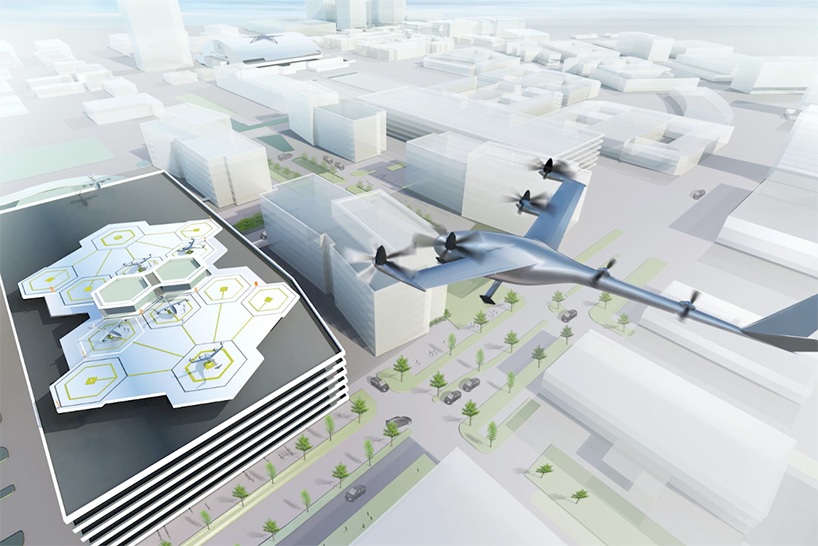 uber says that regulators are embracing the believability of the ride sharing in the sky, working closely with one another to make this a reality. dallas-fort worth, dubai, and now los angeles are all working with the car-sharing company to integrate air transportation into their urban lifestyle. 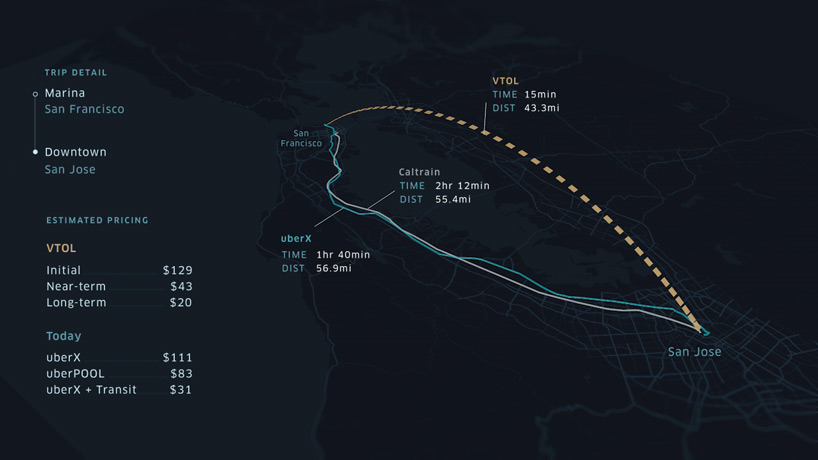 uber has found that the aircraft, itself, was not hard to engineer, rather the aerial systems traffic management

the company hopes to launch demonstrators by 2020, with an official launch in 2023