update (06/06/2019): uber may have announced an aerial ride-hailing division, uber elevate, three years ago, but its flying taxis are yet to make their debut. in the meantime, according to a report in the new york times, uber will offer air transit starting july 9th through uber copter, a service that will be available in new york city first. uber copter will offer uber rewards members who’ve obtained platinum and diamond status the first rides. pricing will average out at between $200 and $225, according to uber elevate’s nikhil goel. 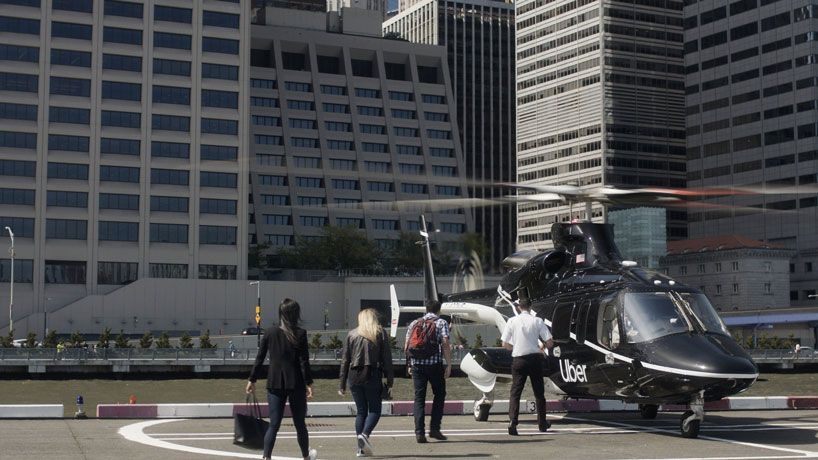 image courtesy of uber via the new york times

uber copter has a predetermined route that runs between a location near the staten island ferry in manhattan and kennedy airport with a flight time of about eight minutes. while uber hasn’t publicly announced the service itself, the article states that flights will have space for up to five passengers with two pilots, all operated by the heliflite charter service. 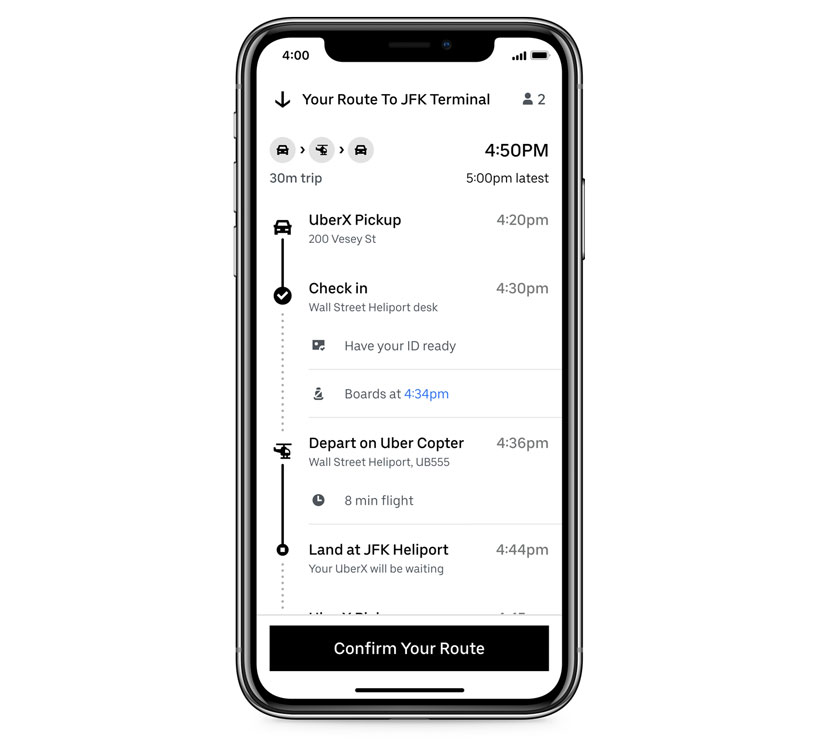 image courtesy of uber via the new york times

after announcing in 2016 that it would take it’s ride-sharing services to the skies, uber has shown off its latest ‘flying car’ concept. the transportation network revealed this and their latest news at its second annual elevate conference in los angeles.

as pointed out by the verge, uber‘s air taxi aircraft is is more like a mashup of a plane and a helicopter rather than a car. four stacked rotors lift the vehicle before stowing away during landing and a fifth rotor on the tail offers forward propulsion. if one rotor fails, the others will continue to operate for a safe landing. the aircraft will be electrically powered, flying at an elevation of 1,000 to 2,000 feet and landing at ‘skyports’ situated on the top of city rooftops.

uber hopes to launch the aerial taxi service by 2023. as reported by designboom in january uber will rely on manufacturers such as bell helicopters, as well as embraer and pipistrel, to build their own flying taxi concepts based on the prototype. uber has already signed a space act agreement with NASA to create a brand-new air traffic control system to manage these low-flying car hybrids. they have also announced a partnership with the US army to test the aircrafts. 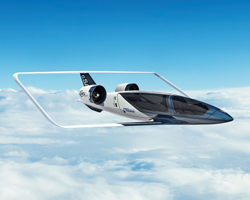 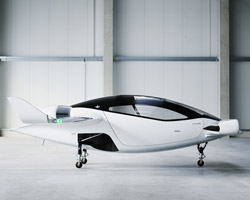