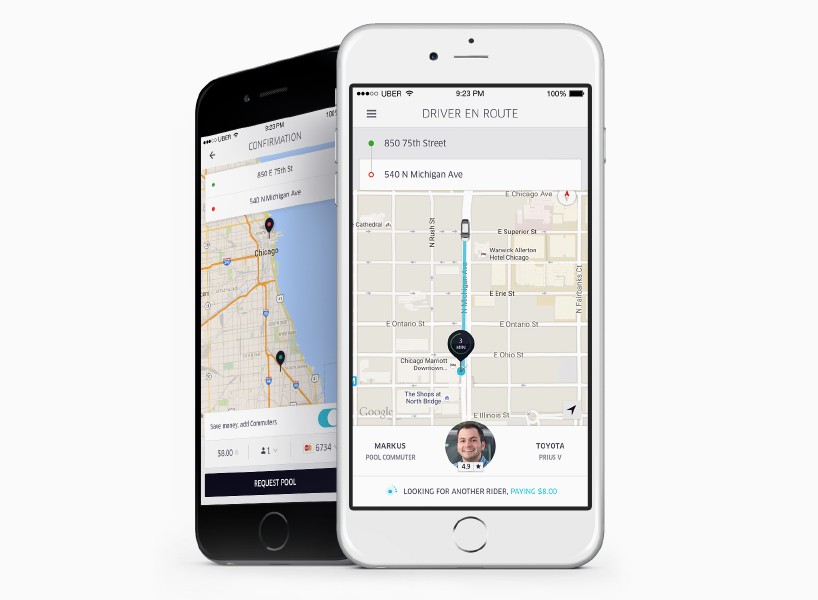 ride sharing program uber is testing next iterations of its platform directly for highway suburban commuters. two pilot programs initiated in seattle and chicago use today’s existing infrastructure more efficiently at no extra cost to cities. 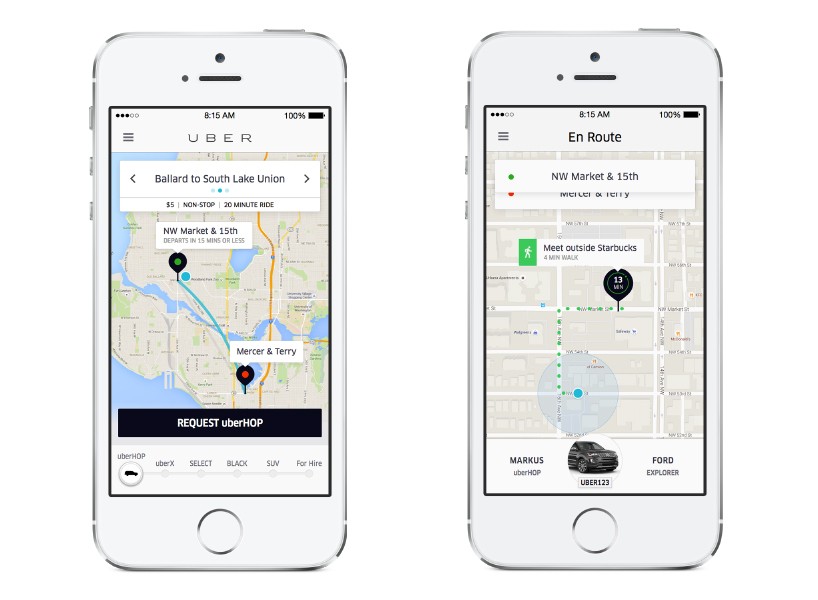 ‘uberHOP’ in seattle is a service available along select routes during commuting hours for a $5 (USD) flat fare. using the app, uber will pair a designated driver with commuters traveling in the same direction and once finalized, the app gets directions on where and when to catch the ride. at the end of the journey, riders will be dropped off at a pre-destined stop. 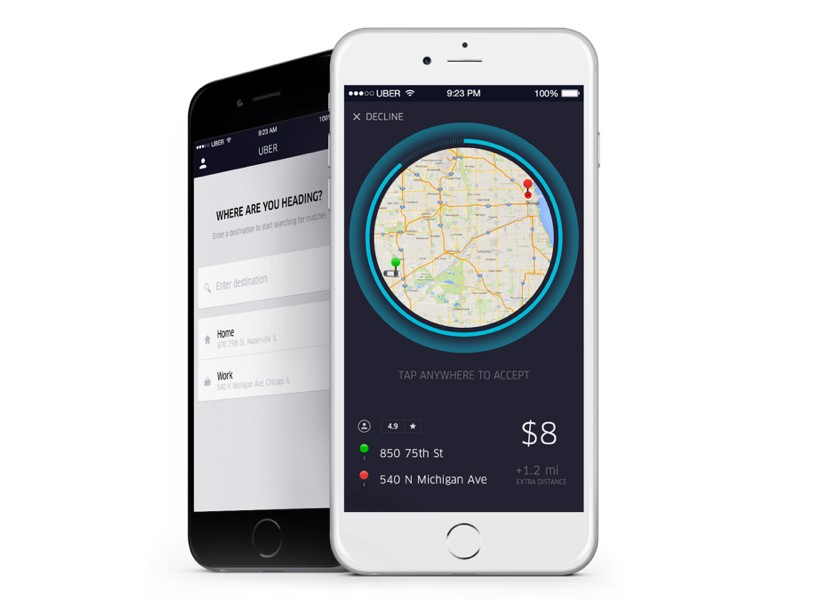 ‘ubercommute’ in chicago is a program for drivers who aren’t uber designated but want to share their commute and recoup the cost of the trip. it’ll be only be available throughout the city from 6 am to 10 pm, monday to friday. motorists sign up with uber and get checked for a driver’s license and driving record. on the days they’re driving to work and want to share the ride, they simply switch on the app, and uber will pair up someone going the same way. the ride-sharing program will have standard safety features on during and after the ride, like GPS tracking, ETA sharing, and two-way feedback.

uber believes using technology more conveniently can help with one of the biggest challenges cities face – congestion. by making it easy for people to share rides, it’ll lower the number of cars on the road. if the pilot programs becomes successful, uber will grow the platforms to more cities.