the ‘UEV 440 cape york’ is a versatile mobile home that makes living in the wilderness a reality. its gas hot-water-system, electric water pump, and a large 130-litre water tank provides running water to its slide-out kitchen unit, and shower facility, offering an innovative getaway experience. according to the australian-manufacturer this camper trailer is a ‘jack of all trades’, while packing more handy survival features than a swiss-army knife. 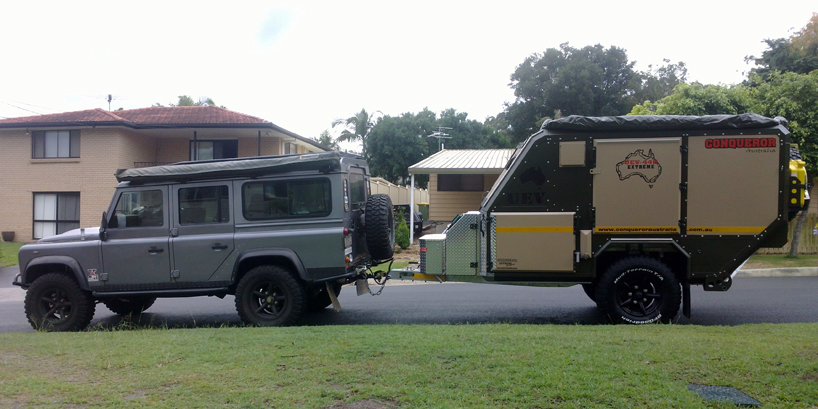 the conqueror australia ‘UEV 440 cape york’ features all of the necessary suspension, coupling, and electric brake upgrades for touring the outback of australia in comfort. its compact, rugged construction houses a host of handy features including a hot-dipped galvanized skeletal chassis, a patented independent suspension system, plus a fan that pressurizes the interior during travel to keep it dustproof. 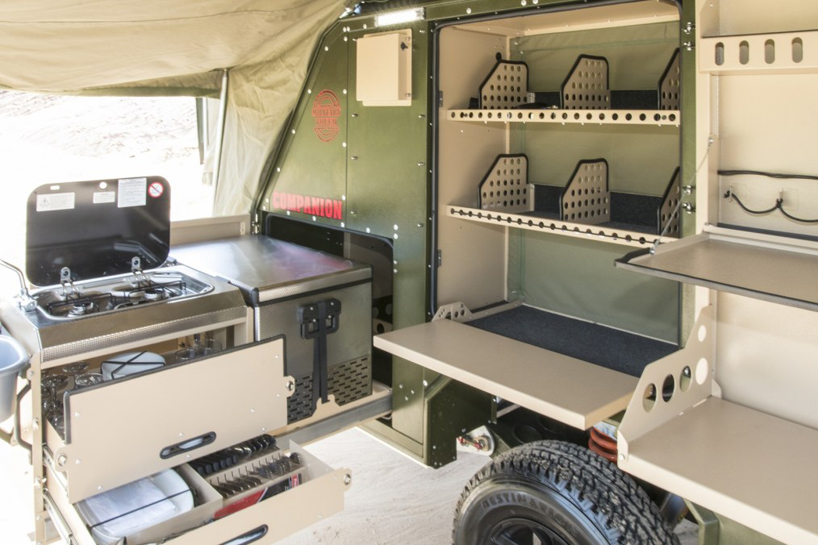 the ‘cape york’s’ kitchen can be pulled out of the side with ease, has a two-burner stove, plus a double sink made. when the trailer is on uneven terrain, the pullout features have been designed to cantilever allowing it be to self-supporting. conqueror australia’s UEV’s are completely built in-house and manufacturing isn’t outsourced. this allows important aspects of vehicle safety, including suspension, heights, and trailer mass to be closely monitored. the company can even alter kitchen heights and offers its customers an array of bespoke features. 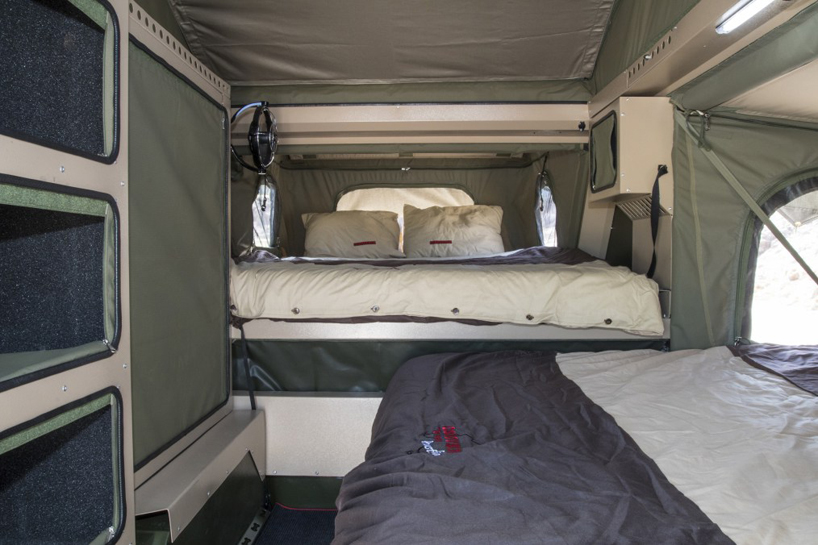 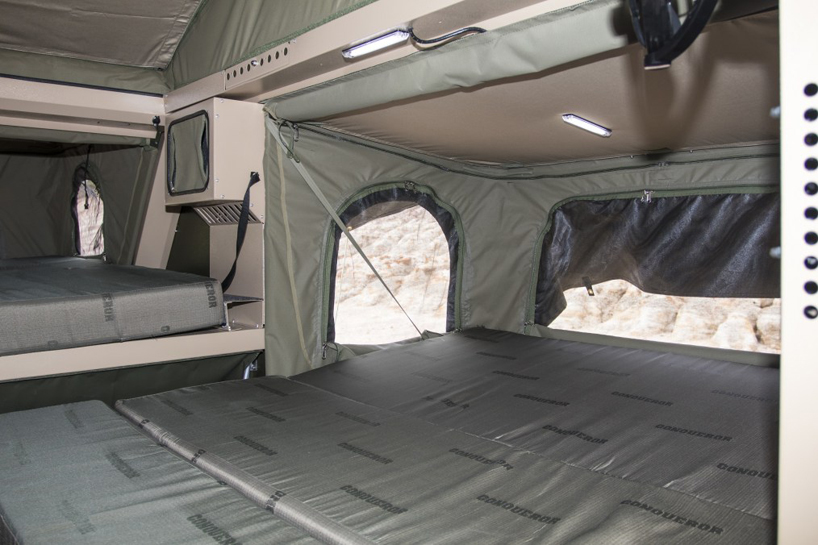 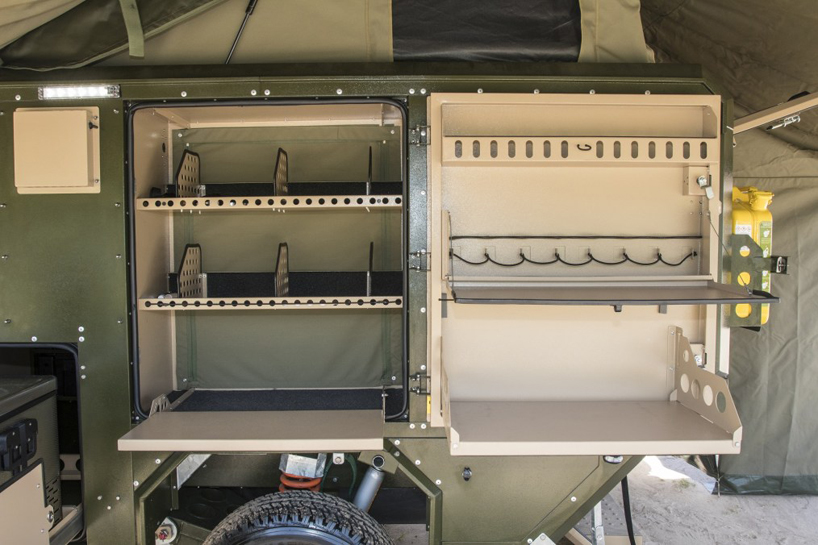 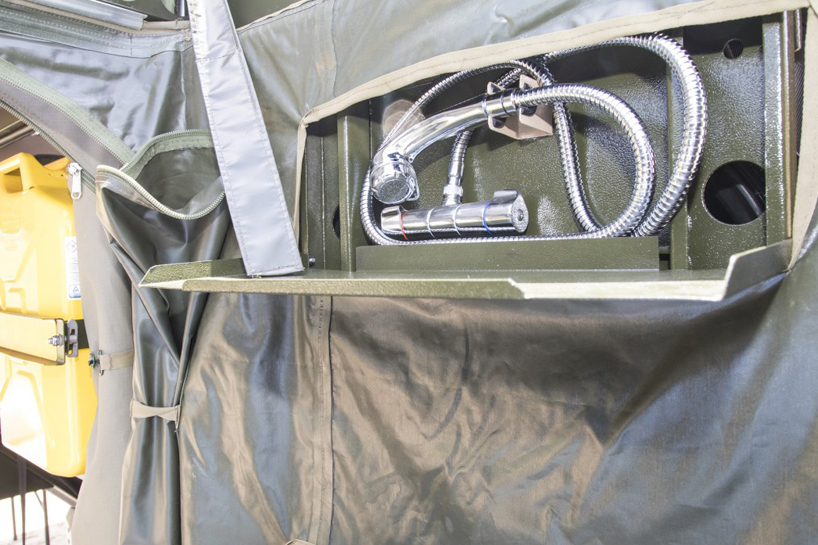 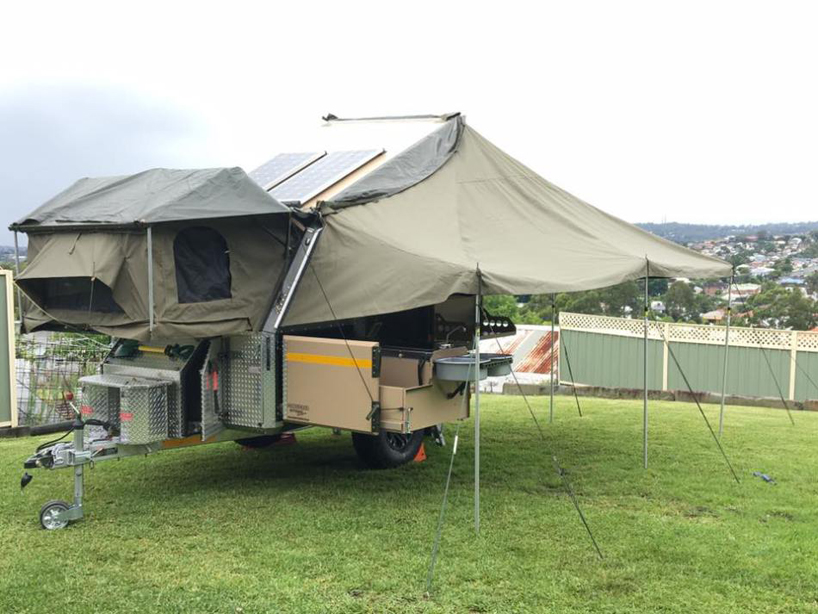 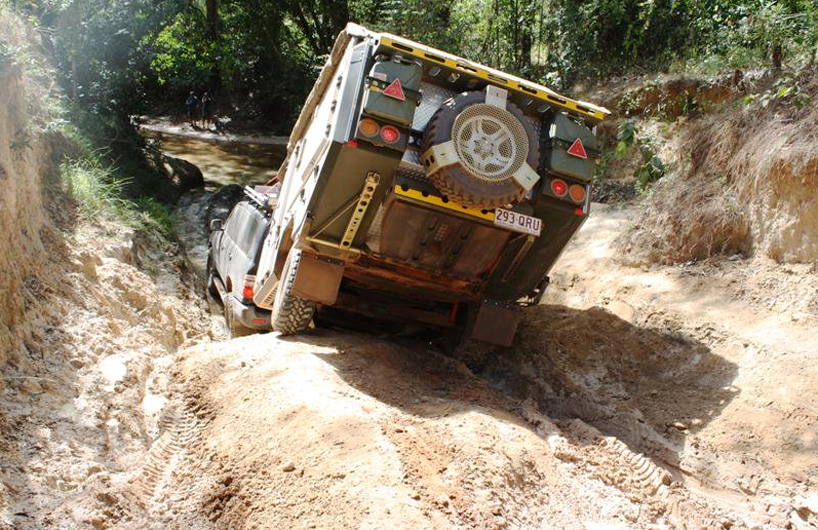 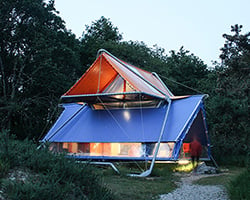 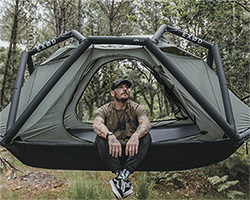 Oct 07, 2020
ARK is an eco tent that combines an inflatable structure with an elevated hammock 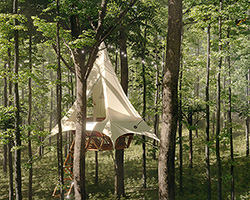 Oct 07, 2020
have a treehouse or a villa full of them with O2 treehouse's treewalkers 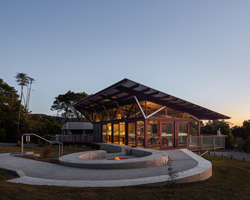