the ultracompact ‘cybershot tx200v’ by sony is the highest-resolution point-and-shoot camera yet available, with an 18.2-megapixel sensor that shoots 1080p at 60fps.

composed of reinforced glass on both sides, the device features a 3.3-inch OLED touchscreen. 5x optical zoom and 10x virtual zoom is supported by a BIONZ processor for decreased noise and an improved focusing system for faster shooting. the camera is waterproof to 16-feet (5 meters), dust resistant, and usable in freezing temperatures as low as 14°F (-10°C). sony’s ‘dual record’ function lets users capture still images while videotaping, without interrupting the recording. 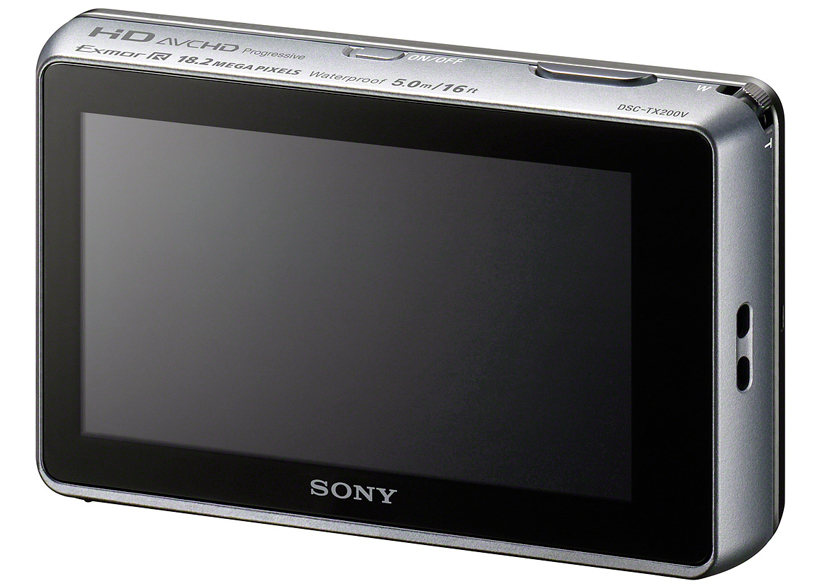 the back of the device 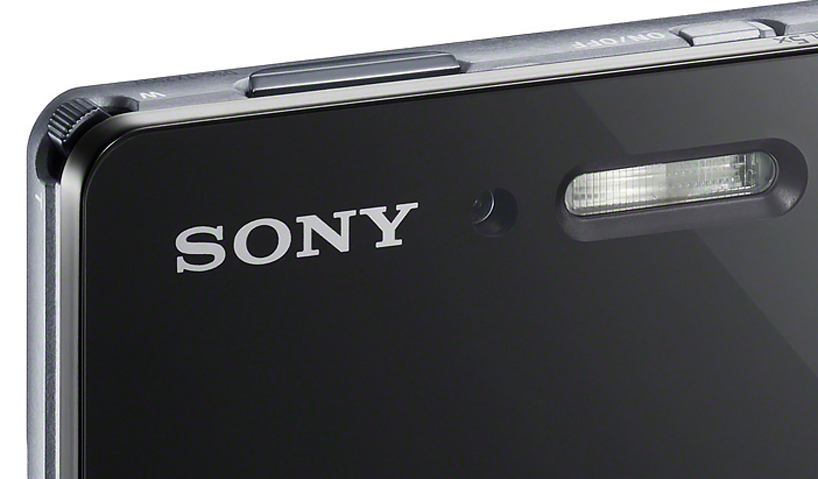 with a full touchscreen rear, the camera’s only tactile controls are a power button, shutter click, and zoom slider along the top panel

sony’s announcement of the ‘tx200v’ is joined by the releases of the ‘wx70’ and ‘wx50‘, both also under the ‘cybershot’ line. the two lower-level devices feature a 16-megapixel sensor; the ‘wx70’ is a 3-inch touchscreen and the ‘wx50’ with a 2.7-inch LCDscreen and tactile controls, retailing for an expected 230 USD and 200 USD respectively. 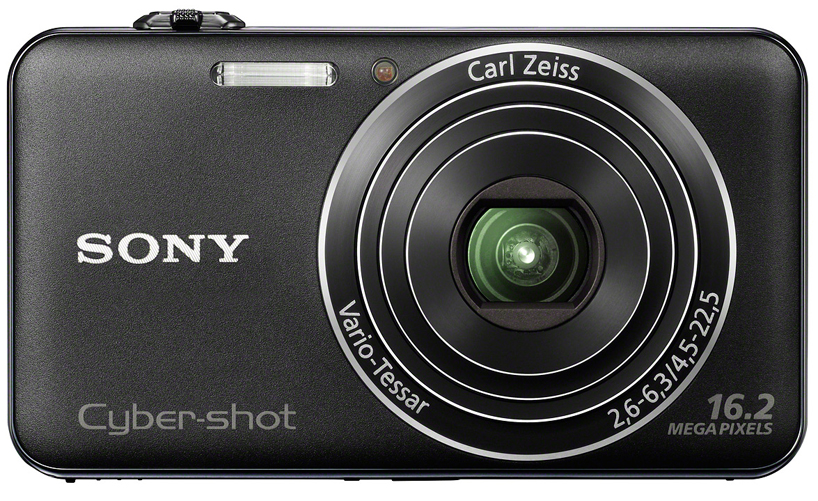 front view of the ‘wx70’ and ‘wx50’, who share similar specs and front aesthetic but different back designs

left: the ‘wx70’ features a full touschreen back like the ‘tx200v’ right: the ‘wx50 features a more conventional split screen / control panel back