the ‘lo res car’ is part of the united nude ‘lo res project’, which was started several years ago and has become an important signature of the brand’s style. the design method is based on the principle of reshaping the same object in a series, each time lowering the 3D resolution, resulting in a more fragmented and abstract contours each step of the way. 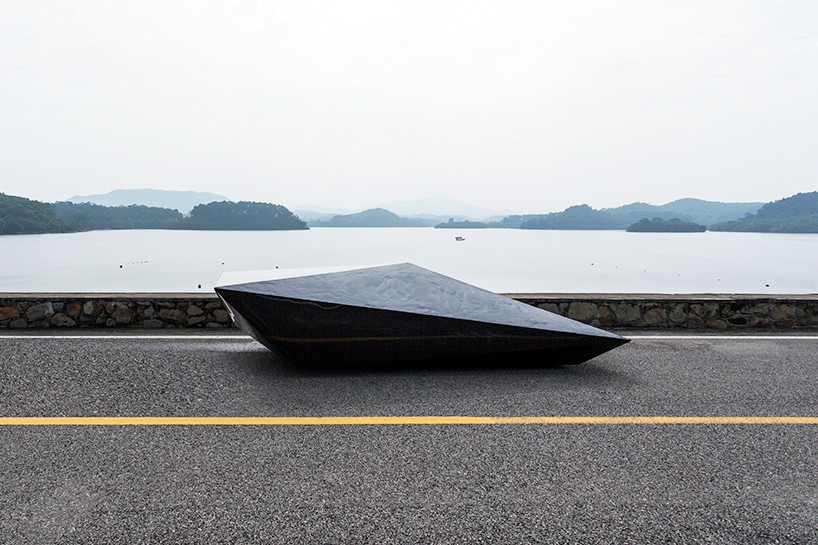 the car is powered by an electric motor

the ‘lo res’ car’s shape came from lowering the 3D resolution of the iconic lamborghini ‘countach’ designed by marcello gandini from the early seventies. the vehicle can be described as a conceptual design experiment, rather than a conventional car. 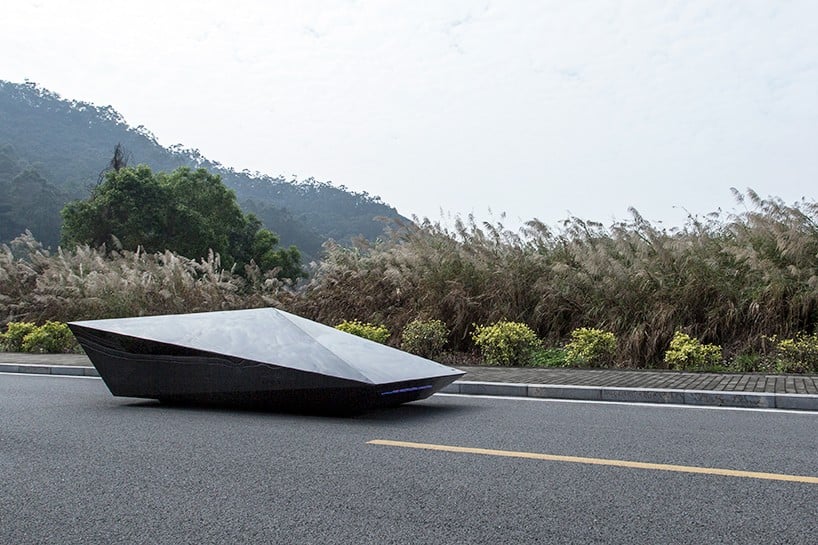 the two-seater with the passenger sitting behind the driver, is situated on a polycarbonate body that surrounds the riders in a transparent capsule for a unique driving experience. the interior of the car is kept minimal with the focus on the some elements that made from polished stainless steel, while the rest of the car was deliberately kept untreated with a matt black coating. to achieve the clean forms, the ‘lo res’ car has no doors, but instead the entire body lifts up using electric actuators. 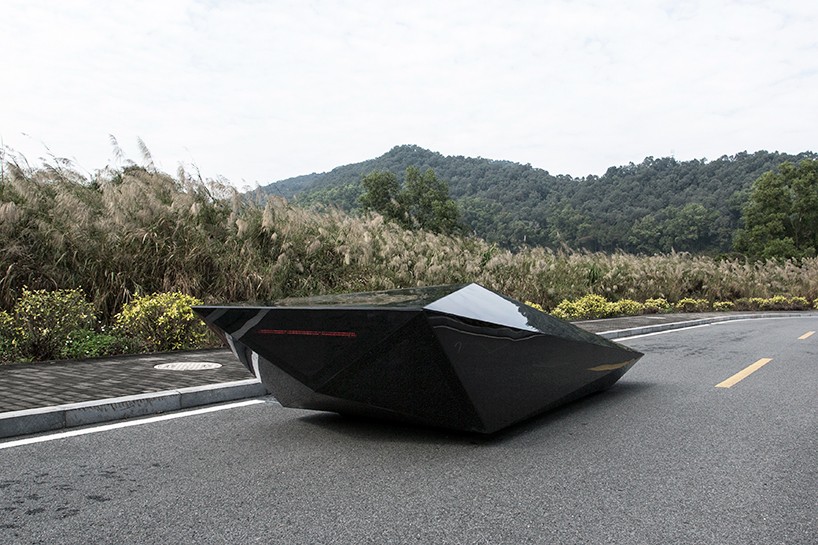 the rear of the united nude polycarbonate body

the engine is electric and the top speed is currently limited to 50 km/h. depending on demand, united nude has plans for a limited edition production run, but in the meantime, the company is designing and developing more automobiles, and will continue to challenge the future of cars. 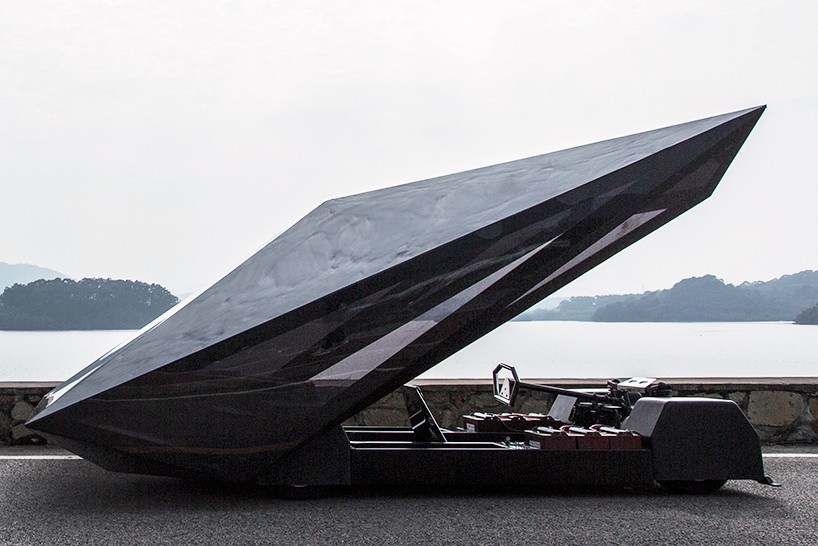 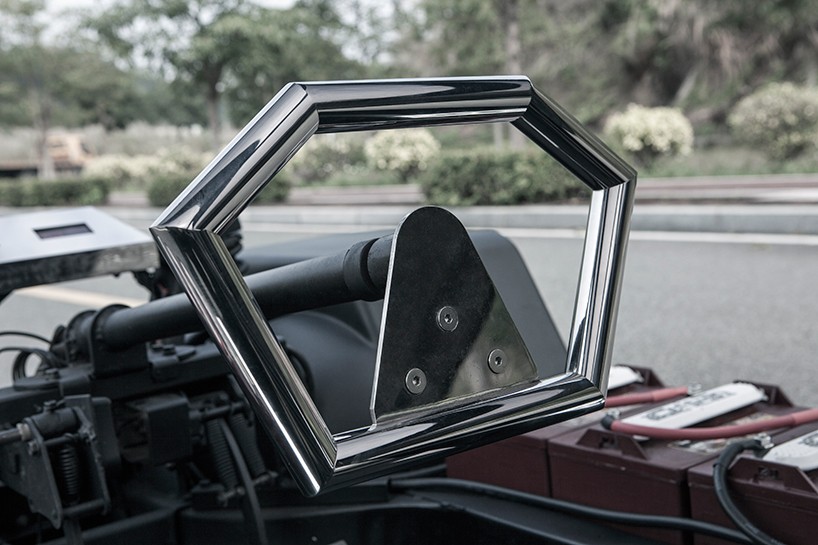 the steering wheel is made from polished stainless steel 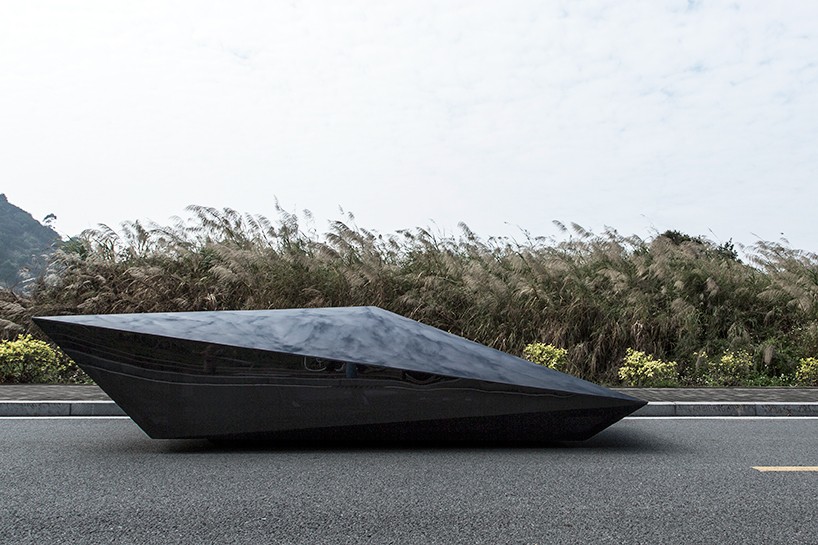