this week, astronaut peggy whitson broke the record for the longest amount of time spent in space by a US astronaut, after 534 whole days away from planet earth. but with the possibility of spending ever greater periods of time up in space comes the question—how can astronauts sustain themselves whilst away from the blue planet? in turn, NASA scientists have come together with researchers from the agriculture department at the university of arizona to develop an inflatable greenhouse prototype that can be used to grow vegetables in deep space. 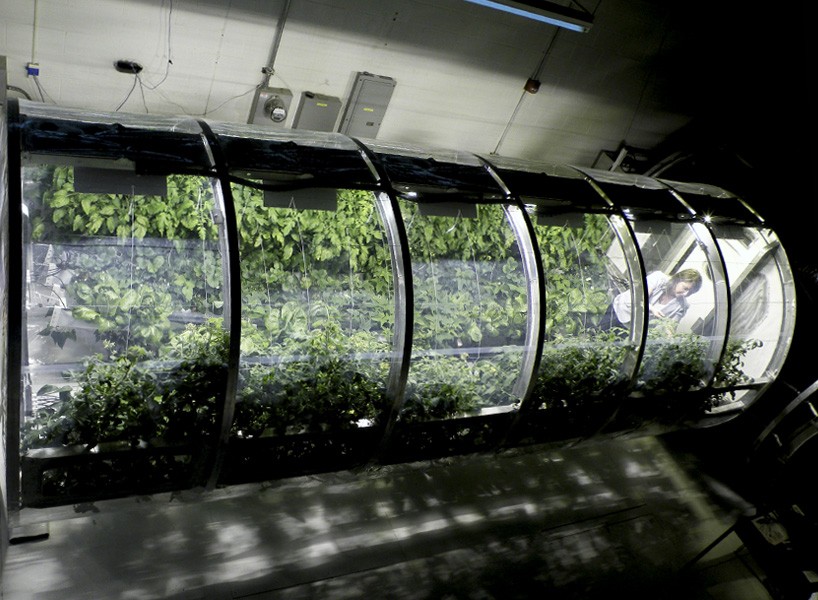 the inflatable, deployable greenhouse is designed to provide a sustainable vegetarian diet for astronauts
image courtesy of the university of arizona

the prototype is designed to sustain astronauts on a continuous vegetarian diet in distant locations, such as the moon or on mars. aboard the international space station, NASA scientists have long been gaining experience in growing crops in space, yet the new 18 X 7 ft deployable greenhouse can also be used for air revitalization, water recycling or waste recycling. the idea is for carbon dioxide exhaled by the astronauts to be introduced into the martian/ lunar greenhouse, which is then used by the plants to photosynthesize and generate oxygen. the whole process is called a bioregenerative life support system. 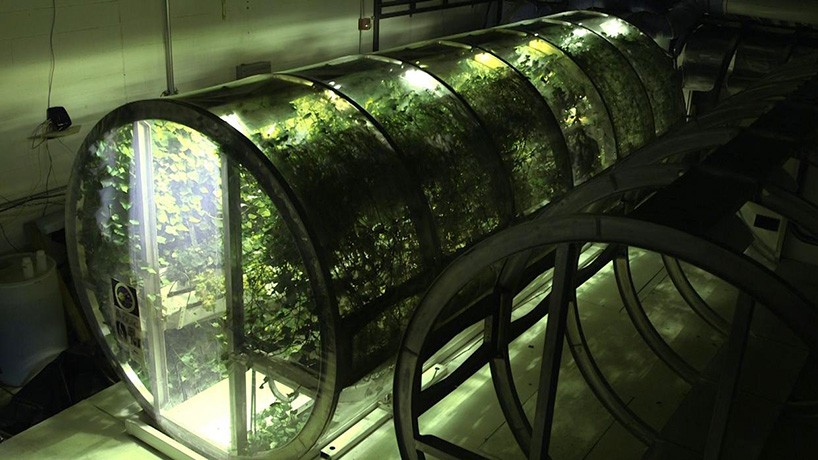 dr. gene giacomelli, director of the controlled environment agriculture center at the university of arizona explains simply that ‘we’re mimicking what the plants would have if they were on earth, and using of these processes for life support. the entire system of the lunar greenhouse does represent, in a small way, the biological systems that are here on earth.’ 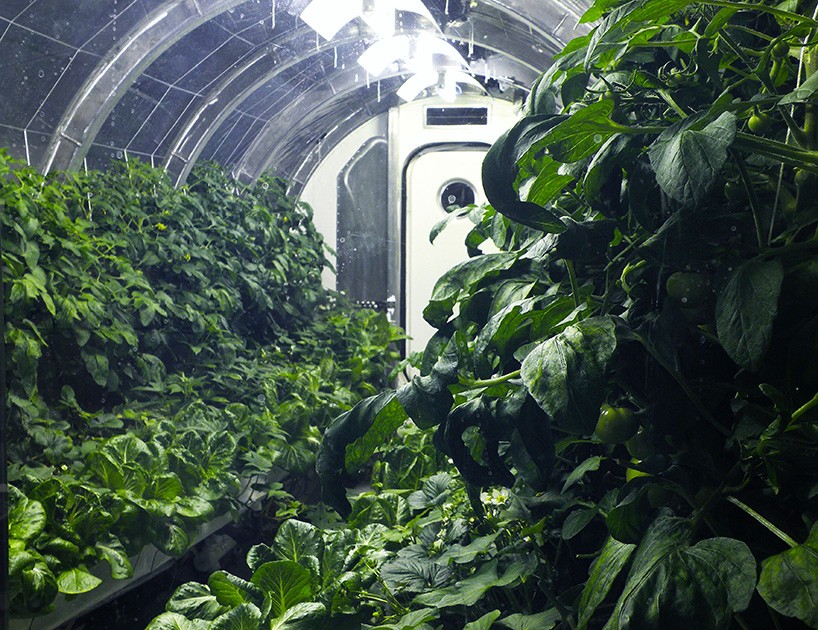 the plants scrub c02, whilst producing food and oxygen
image courtesy of the university of arizona

the hydroponic plant growth chamber can use both natural or artificial LED lighting to grow the plants, depending on the location where it is needed. the greenhouse is intened to provide a more autonomous approach to long-term exploration on the moon, mars, and beyond. 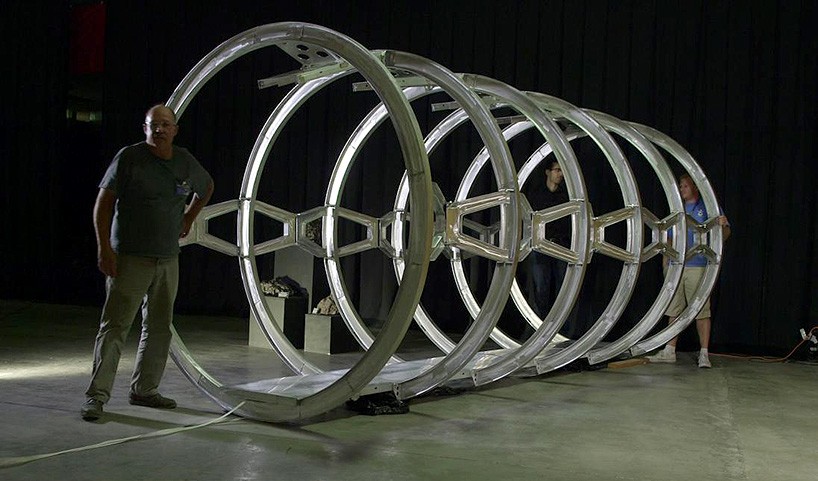 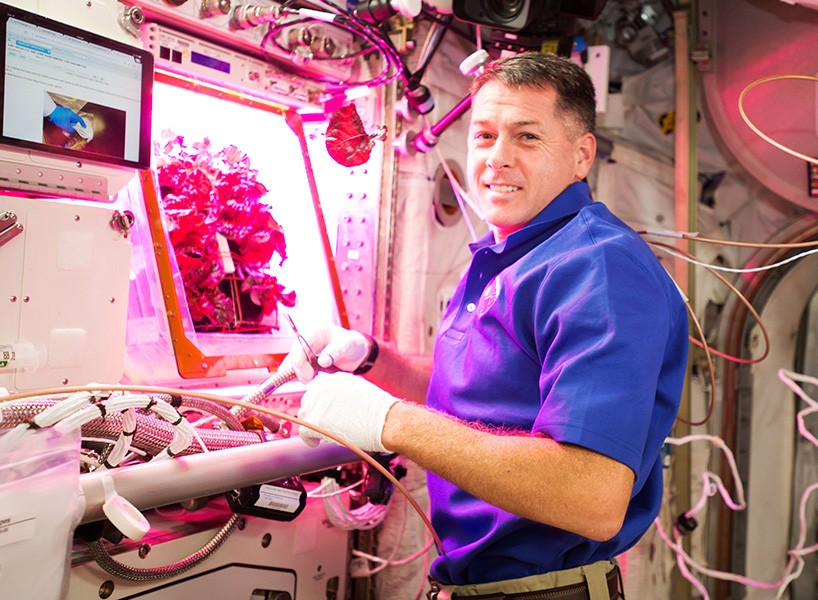