‘unmask’ is a series of experiments by simone rebaudengo and paul adams in collaboration with xinchejian, which explore the intersections between mundane and affordable technologies. observing the common practice of wearing masks in china for air quality issues, and in japan as a precaution against the spreading of flu, the duo found that it changes the way people interact with each other and the environment. they value the emotional exchange in the streets, even if it is random and short, and ‘unmask’ resolves this outcome.

the first prototype of ‘unmask’ enhances a custom made arduino compatible board and other components to register facial expressions and display them on a LED matrix. it can detect up to four different communications: plain, smile, surprise and kiss, to uncover the wearer’s emotions hidden underneath. the initial iterations were worn around toyko to not only raise awareness for pollution issues but also to demonstrate that emotions should not be shared just through a phone. further developments aim to a build a mask with smaller components and a vary of textiles.

examples of the different emotions 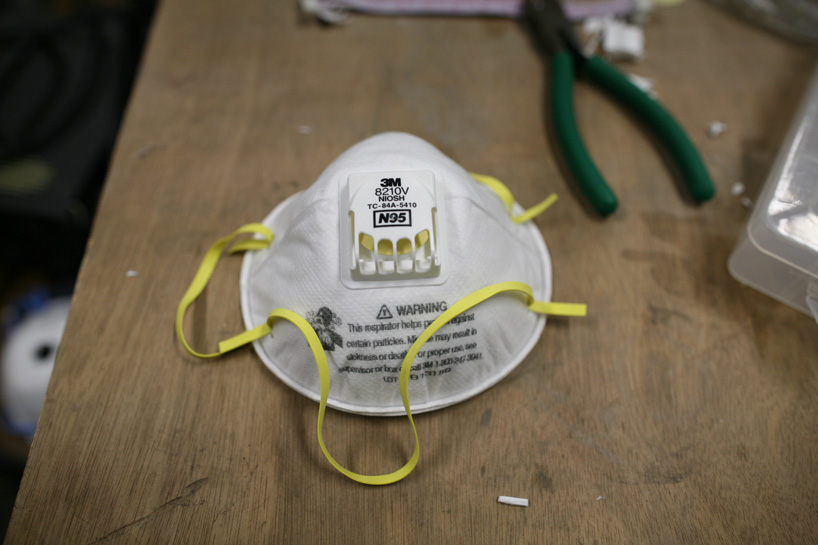 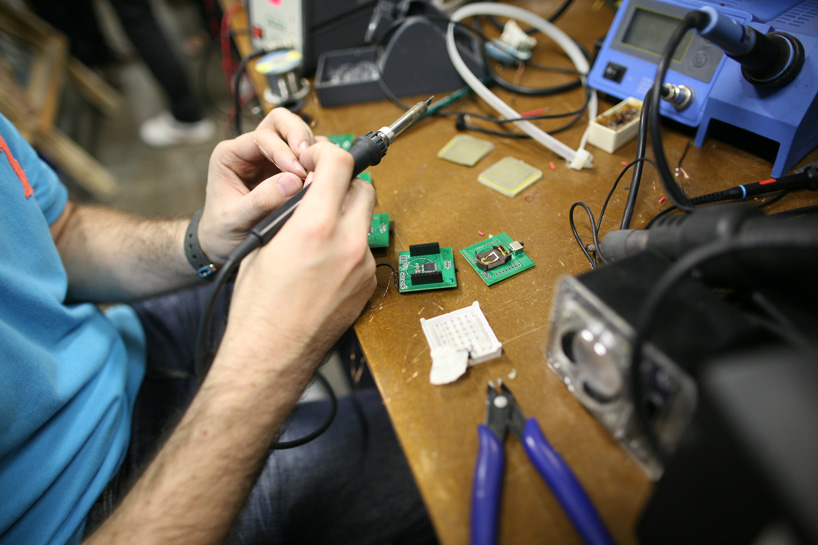 the soldering of components 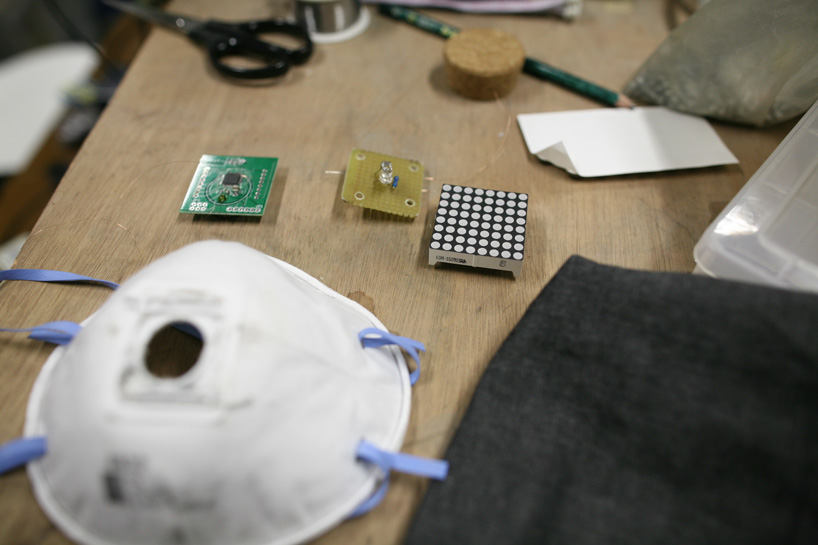 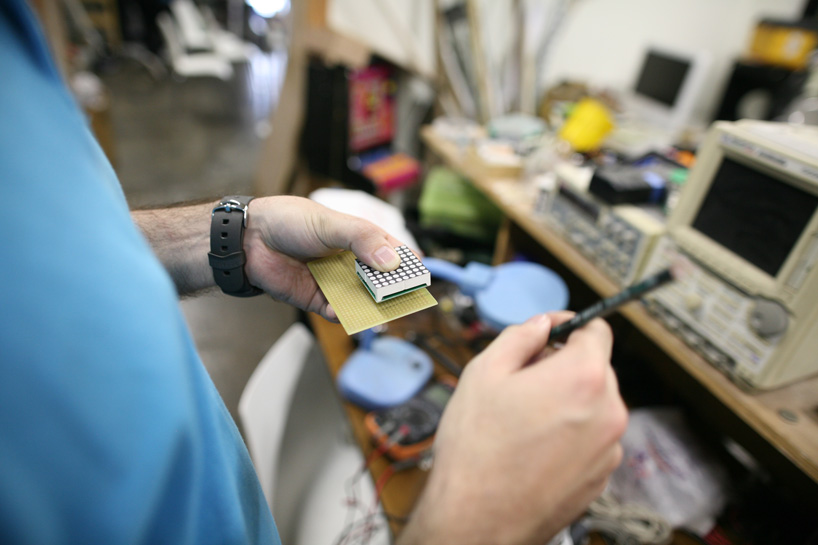 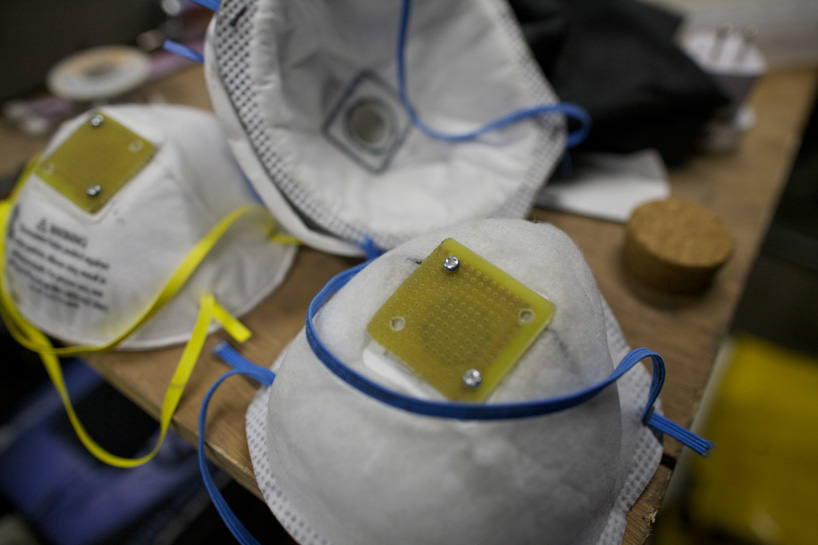 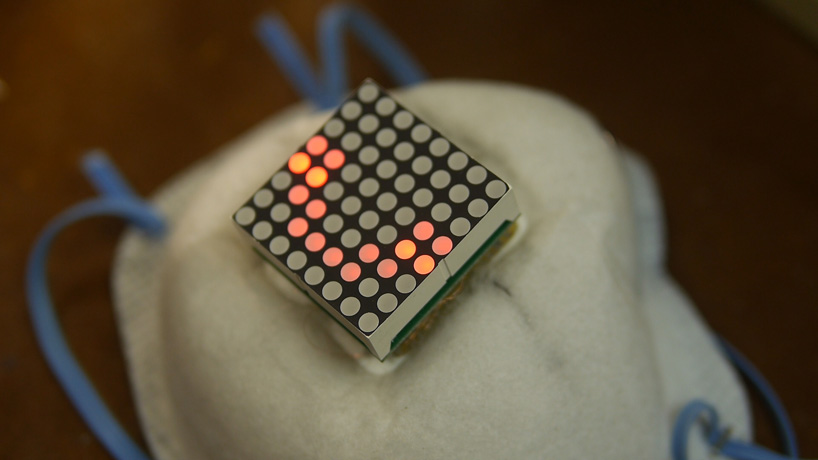 a smile shown on the LED matrix 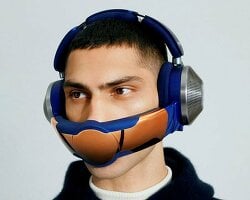 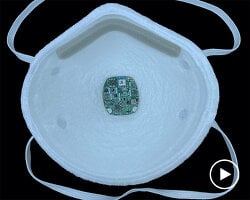 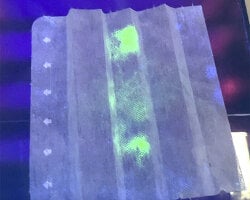