indian start-up vazirani automotive reveals images of its ‘ekonk’ electric hypercar which it claims to be the ‘lightest EV ever.’ what’s more, the model will become fastest car the country has ever produced. the team claims that the car will weigh only 738 kilograms (1,627 pounds). chief designer chunky vazirani — who has worked for jaguar, land rover, and rolls-royce — notes that his practice is aimed a purists and creates vehicles with a focus on handling.

this latest concept model is designed with a single seat and uses a bespoke battery technology to keep its power source cool at speed by using air, instead of a liquid-cooled system as used by other EVs. vazirani automotive says the technology, dubbed ‘DiCo,’ uses biomimicry, and looks to the ways that animal regulate their body temperatures through breathing. 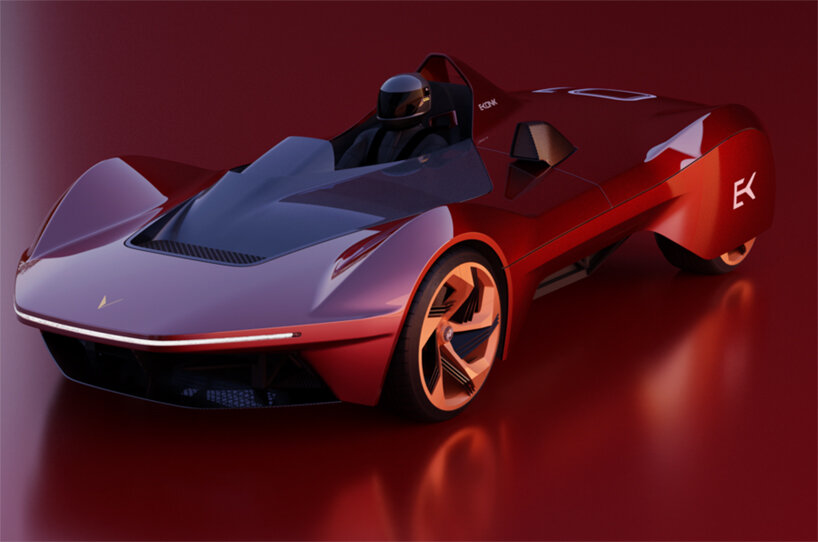 vazirani automotive claims that its ekonk concept will be so lightweight due to its completely carbon fiber body. the ekonk has a power output of 722 brake horsepower, with a top speed of 192mph and a 0-62mph speed of 2.5 seconds. the EV prototype has already been tested at the natrax high-speed track near indore, india. vazirani notes that the ekonk’s design, which includes covered wheels, lends one of the lowest drag coefficients for a vehicle of its kind. the car has no electronic driver’s aids and a one-to-one power-to-weight ratio.

the firm‘s founder chunky vazirani comments: ‘for us, ekonk signifies our real beginning, where for the first time design and innovation come together. it’s our first vehicle that’s ‘alive.’ 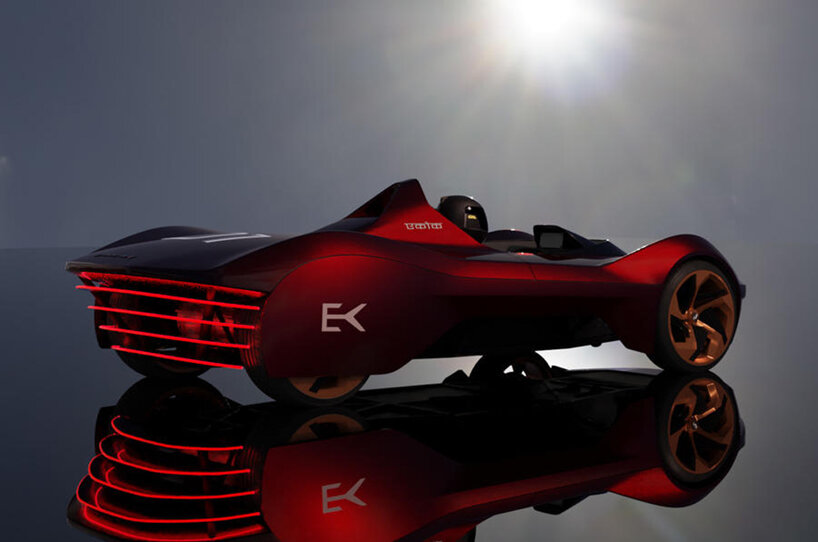 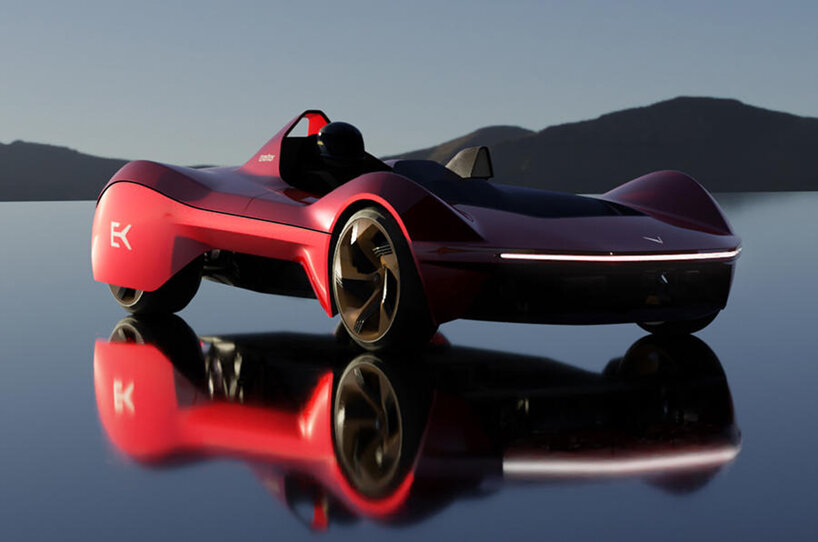 model is designed with a single seat 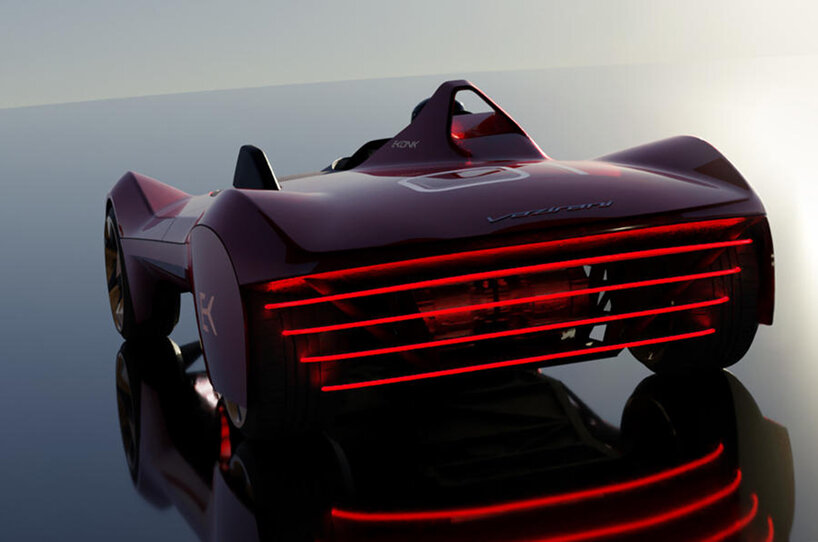 the ekonk concept has a power output of 722 brake horsepower 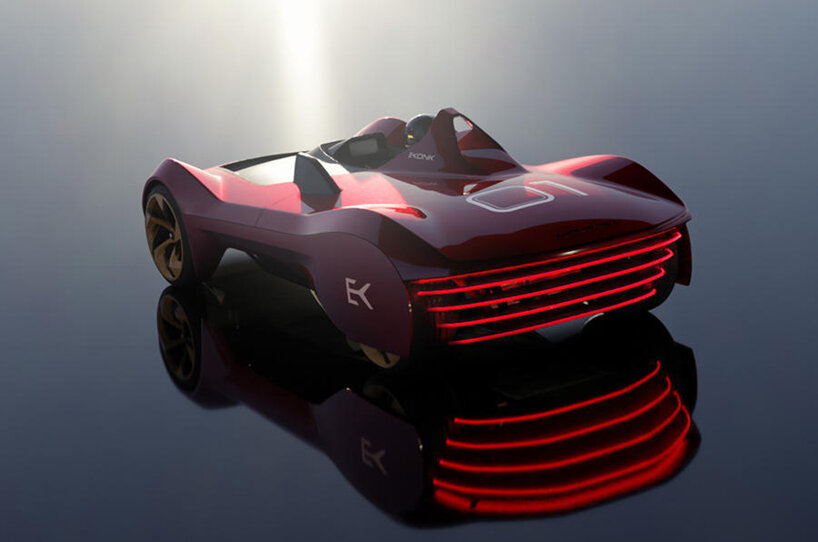 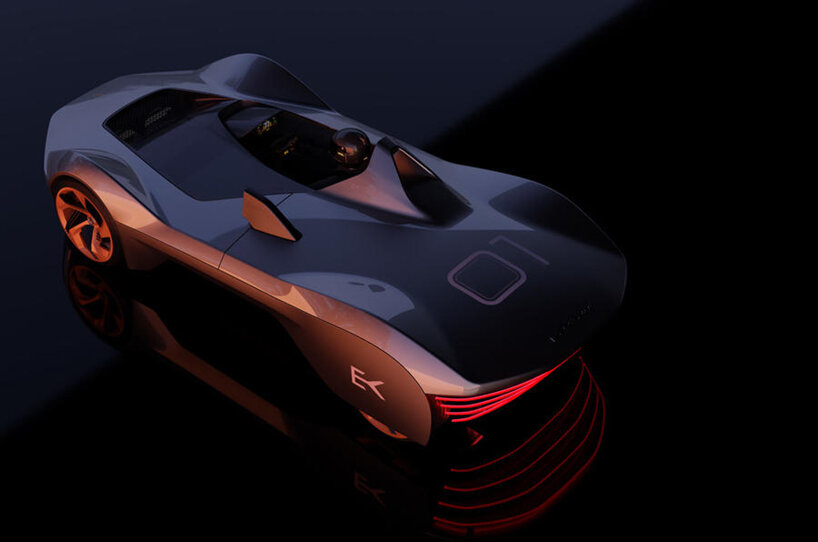