virgin galactic reveals its spaceshiptwo, the world’s first commercial spacecraft. the design
will begin sending space tourists in the air from spaceport america in new mexico after testing.
the spaceport is being built as we speak and was designed by architect norman foster. the spacecraft was
designed by burt rutan and features a large wing span with two separate cabins on either side of the SS2.
the vehicle is major step forward since the SS1’s first successful flights in 2004. the vehicle will take up
to 6 passengers and 2 pilots for sub-orbital flights in space. the SS2 relies on the WK2 mother ship to
launch it into orbit, firing its rocket motor at 50,000 feet in the air. the SS2 and the WK2 are also both
designed to be as environmentally friendly as possible, using ultra efficient engines and the SS2 will
eventually be outfitted with a hybrid rocket motor, which is currently under development. flights will
hopefully begin in 2010 if all goes according to plan. 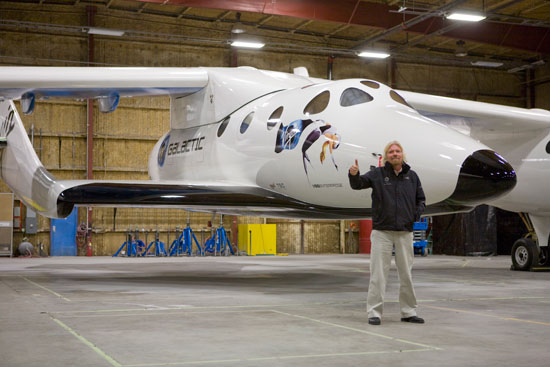 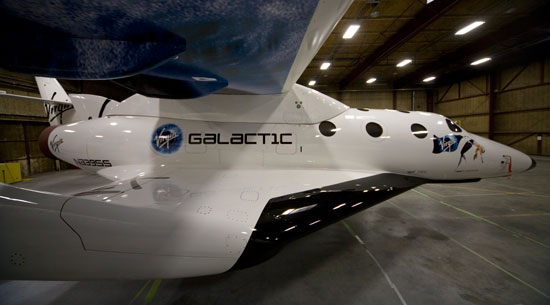 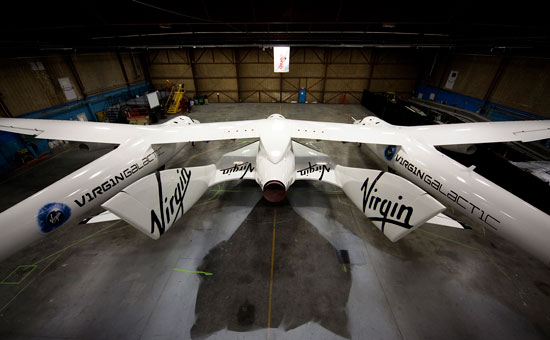 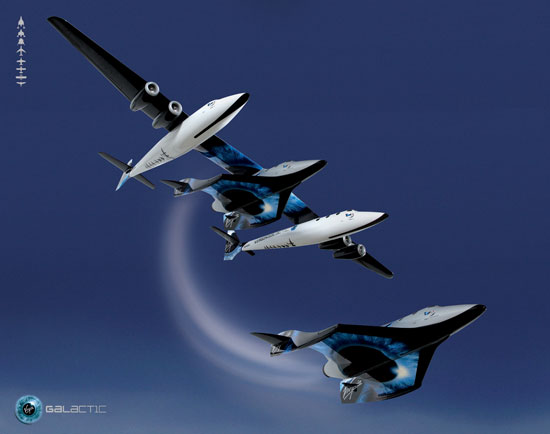 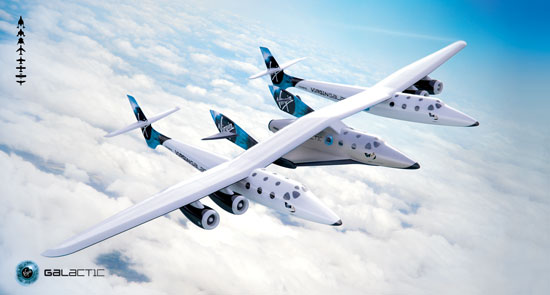 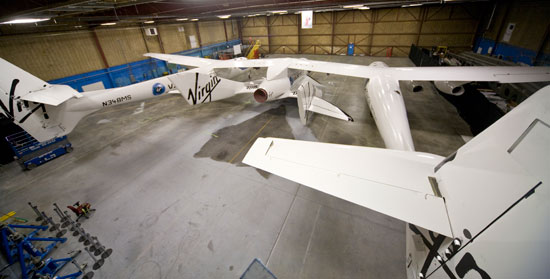