ever since the creation of the drone, engineers have been on the quest for smaller and more powerful technology. thus far, they have managed to miniaturize almost every part of a drone, except for the brains of the entire operation — the computer chip. computer chips found in quadcoptors use an enormous amount of streaming data from cameras and sensors, and interpret that data on the fly to autonomously direct a drone’s pitch, speed, and trajectory. using heavy batteries would cause the bee-sized drone to function at a much slower pace. 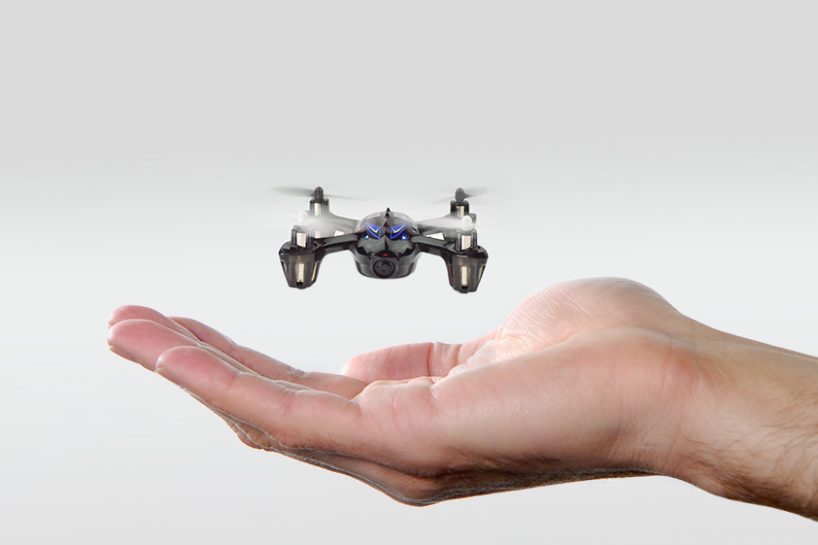 engineers at the 2017 robotics: science and systems conference at MIT present a new methodology and design for drone technology. ‘navion’ is a computer chip that uses a fraction of the power of larger drone computers and is tailored for a drone as small as a bottle cap. ‘traditionally, an algorithm is designed, and you throw it over to a hardware person to figure out how to map the algorithm to hardware,‘ explains vivienne sze, associate professor in MIT’s department of electrical engineering and computer science, ‘but we found by designing the hardware and algorithms together, we can achieve more substantial power savings.’

specifically, the researchers made slight changes to an existing algorithm commonly used to determine a drone’s ‘ego-motion,’ or awareness of its position in space. they then implemented various versions of the algorithm on a field-programmable gate array (FPGA), a very simple programmable chip. to formalize this process, they developed a method called iterative splitting co-design that could strike the right balance of achieving accuracy while reducing the power consumption and the number of gates.