self driving electric 'roboats' to begin trials on amsterdam canals

volkswagen unveils its latest motorsport project, the I.D. R pikes peak, an all-electric prototype racing car, designed to compete and hopefully break records in the pikes peak international hill climb. VW’s ambitions suggest the four-wheel drive sports car will pack a generous amount of power however, specs have not yet been revealed. 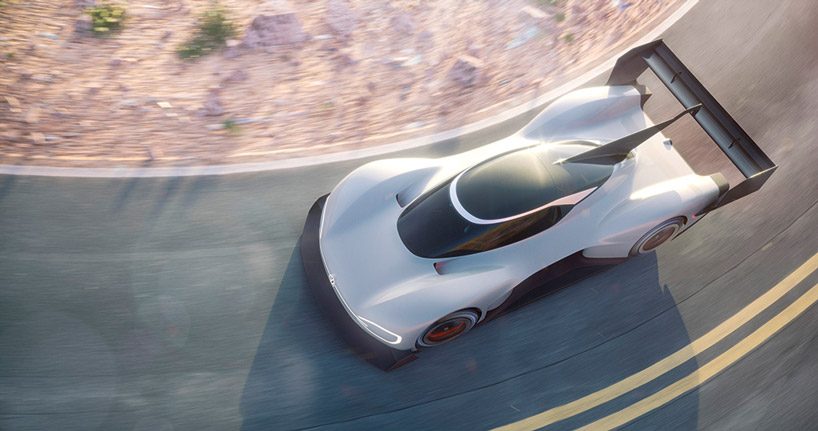 ‘we want to be at the forefront of electromobility with volkswagen and the i.d. family,’ explained volkswagen member of the board of management with responsibility for development, dr. frank welsch. ‘competing in the most famous hill climb in the world with the I.D. R pikes peak not only has symbolic meaning, but is also a valuable test for the general development of electric cars.’

the current record for a production-grade electric car stands at 11 minutes and 25 seconds. a feat set by faraday future with a prototype FF91 sedan.

Jun 03, 2021
watch 'you see a bike' documentary by iconic motorcycle maker MV agusta
viewers join a behind-the-scenes, time-traveling ride into the home of the iconic italian brand, its design DNA, and famed products over a 75-year history.
technology
329 shares
connections: +1780

May 27, 2021
one-off rolls-royce boat tail coupé sets new voyage of hand coachbuilding
the coupé debuts many firsts, including a champagne hosting suite and parasol which both open up in a synchronized, santiago calatrava-inspired movement.
technology
+5.3K shares
connections: +2000

Apr 28, 2021
rolls-royce collaborates with Hermès in bespoke phantom for japanese billionare
designed and handcrafted by a team of specialists from both houses, the car was envisioned as a land jet, bringing the exclusivity of private air travel to the streets.
technology
+13.8K shares
connections: 99
research team in seoul develops rugged, shape-shifting wheels with origami techniques
in their natural state, the wheels are collapsed and small -- when squeezed horizontally, they fold up to their maximum diameter.
technology
696 shares
connections: +550