it is during the commute and on long-haul highway trips that people are most willing to delegate the act of driving to their car. with that in mind volvo has developed ‘concept 26’ – a morphing interior cabin that prioritizes the driver in doing something important while the steering is delegated to car’s on boarding self-driving system. 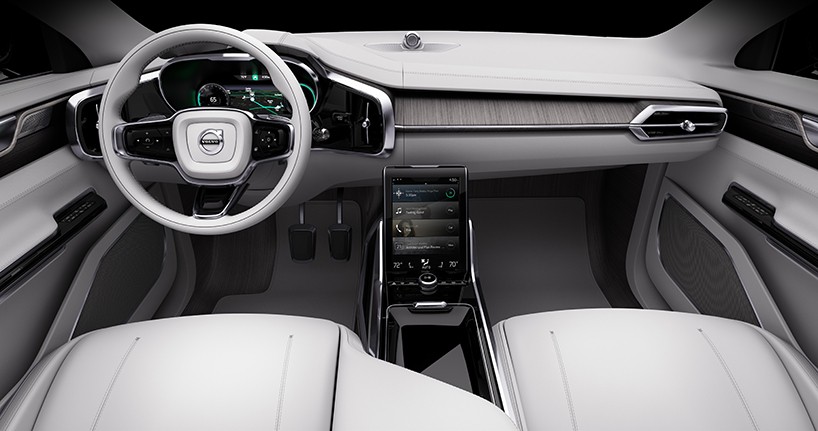 the cabin in driving mode

‘concept 26’ is based on a seat design that actively rests the driver during the transformation phase into one of three positions: drive, create or relax. with these three modes the concept creates a platform that can adapt to needs and technologies over time. once autopilot is switched on, the seat reclines and a large display emerges from the dashboard allowing the driver to enjoy the time spent in the car. these automatic alterations open radically different possibilities – from entertainment to service provisions that can become a natural part of everyday driving. 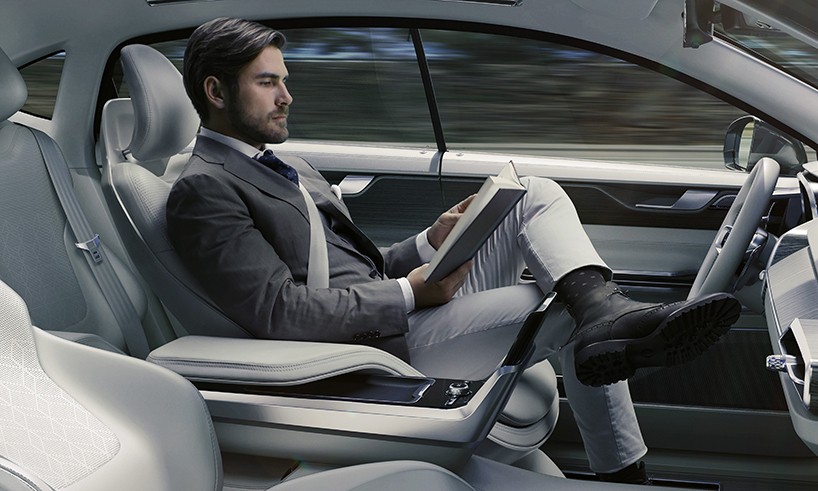 once the driving is delegated, driver has room to sit comfortably

‘it’s all about people,’  explains robin page, vice president of interior design at volvo. ‘our research clearly shows that some people will want to use their commuting time creatively when they have full autonomous drive available, while others will want to just sit back and relax, watch online media or listen to music. autonomous drive will make all of this possible. this is what concept 26 has captured by reimagining the entire car experience.’ the layout of HUD display 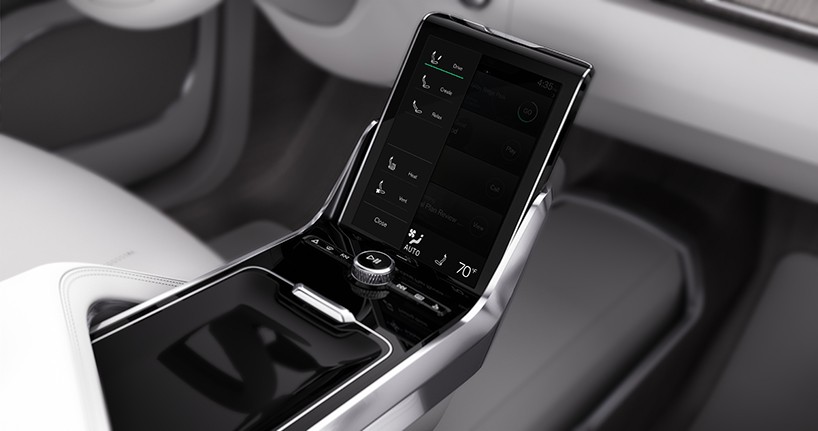