after originally debuting at the 2012 geneva motor show, swedish auto manufacturer volvo has released the ‘V40’, which is equipped with a handful of high-tech safety features, including the world’s first pedestrian airbag system. sensors located in the front bumper can detect contact between a person, causing a pyrotechnic charge to blow the front hood in an upward position, deflecting the user away from the windshield into a cushioned airbag. active at speeds between 20-50km/h, the system reacts in hundredths of a second. 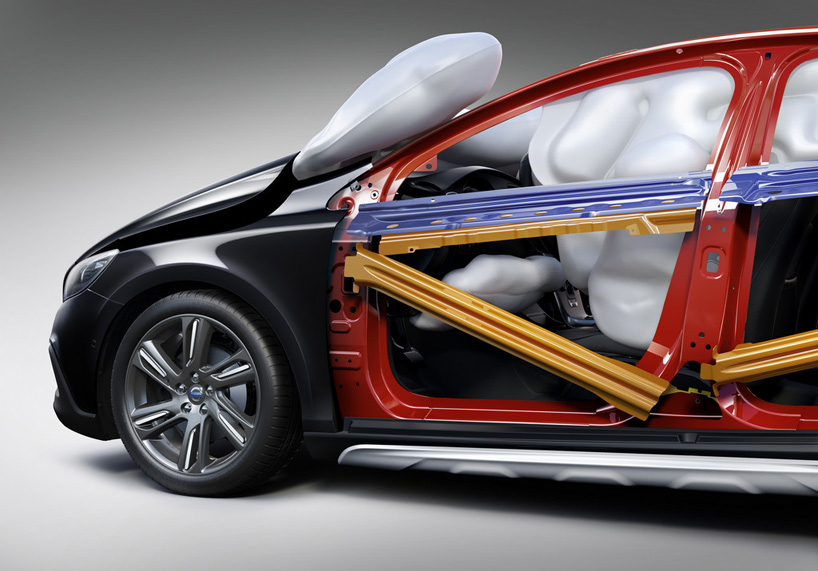 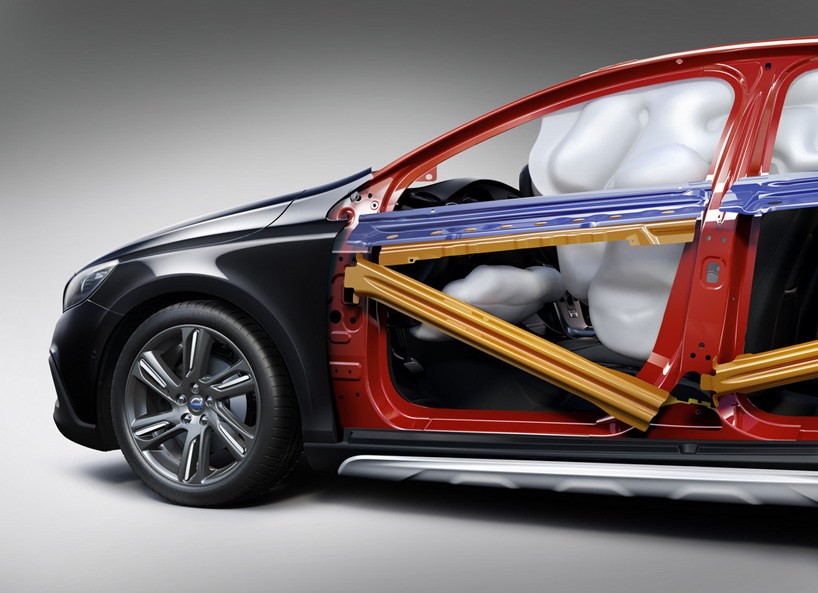 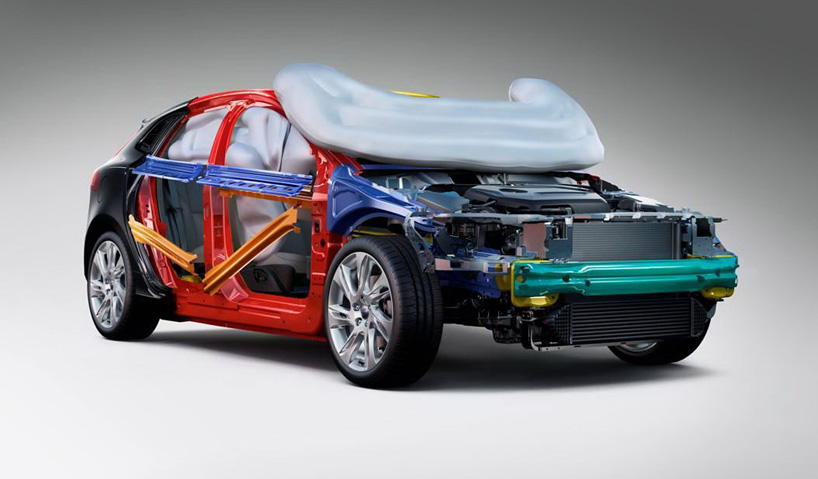 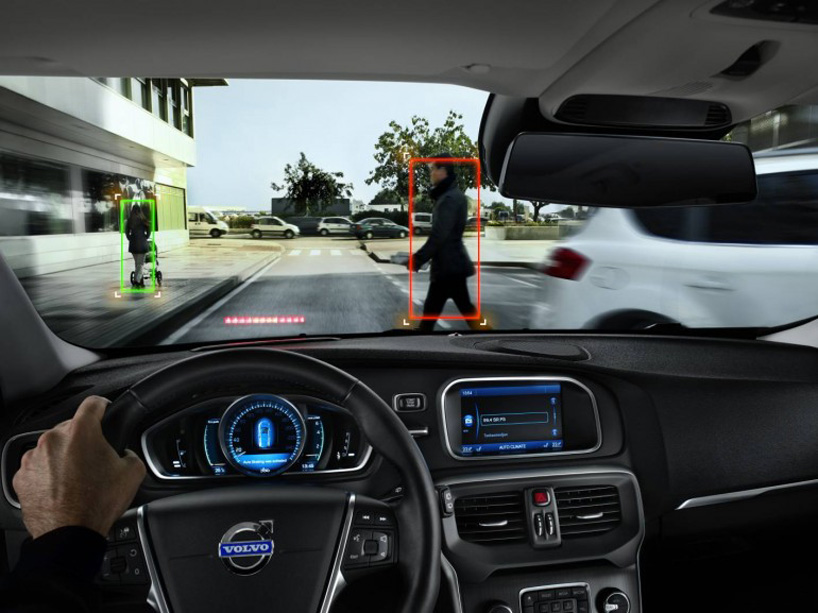 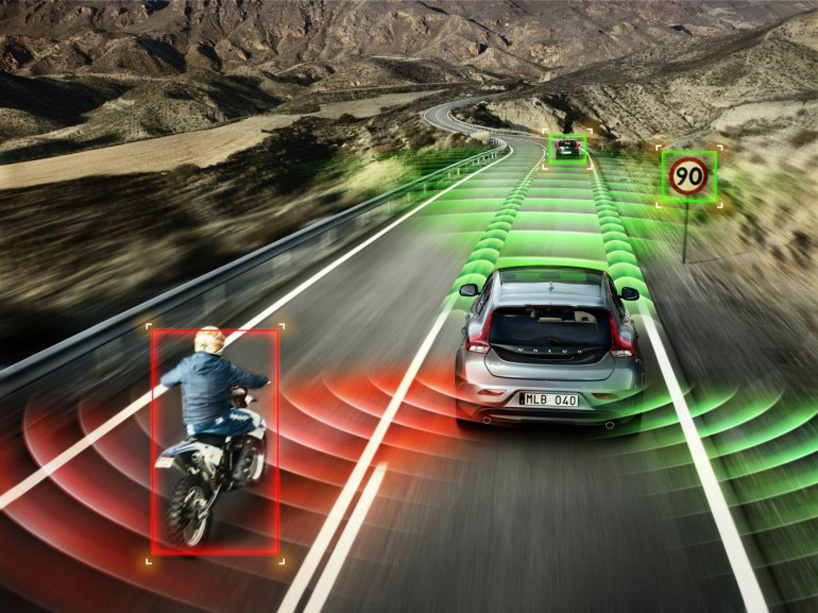 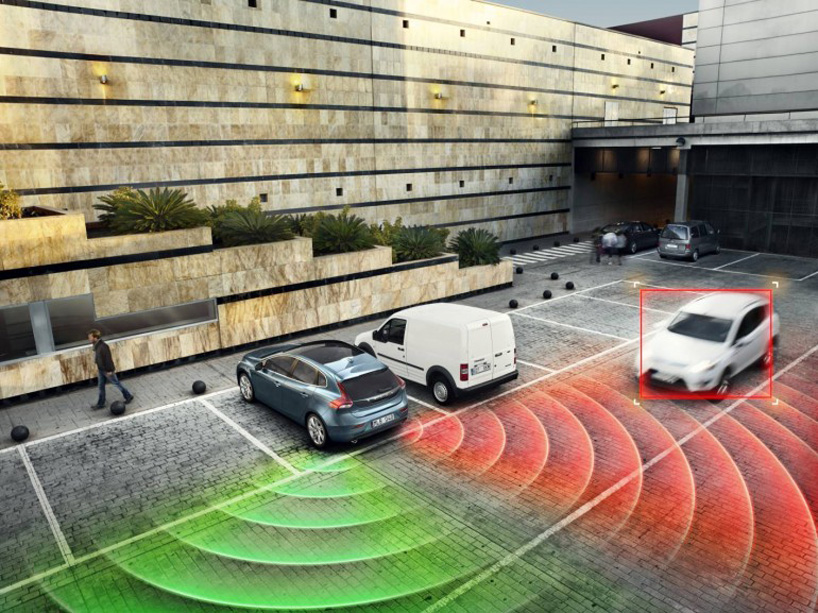 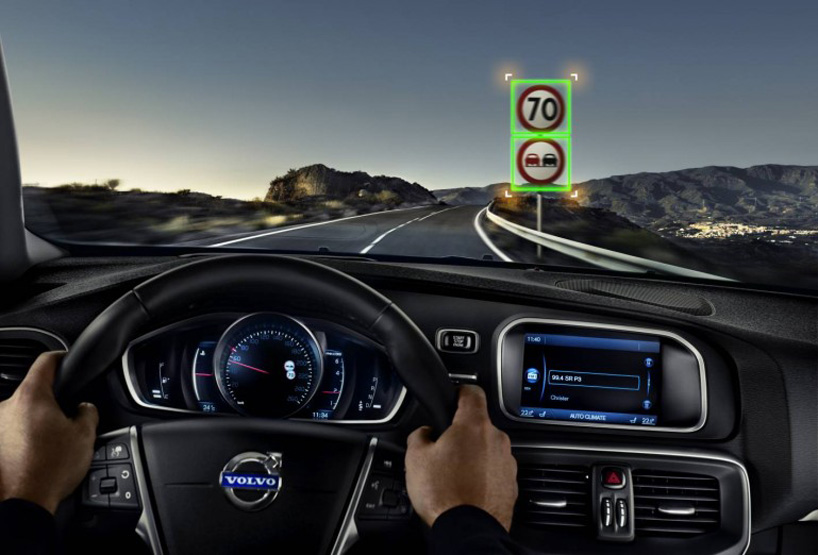 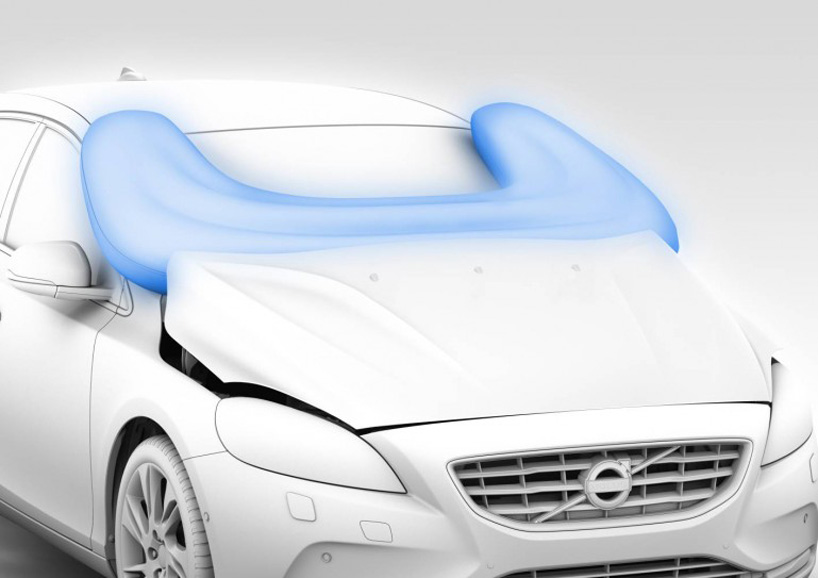 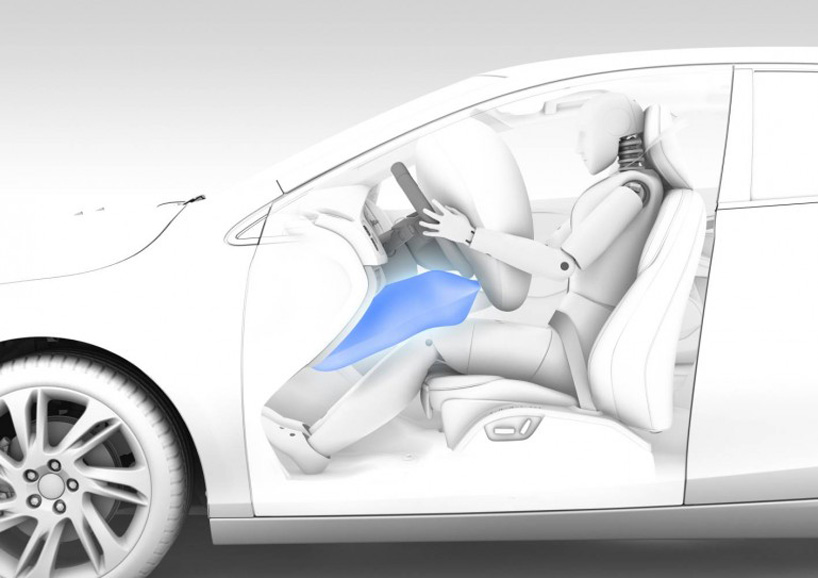 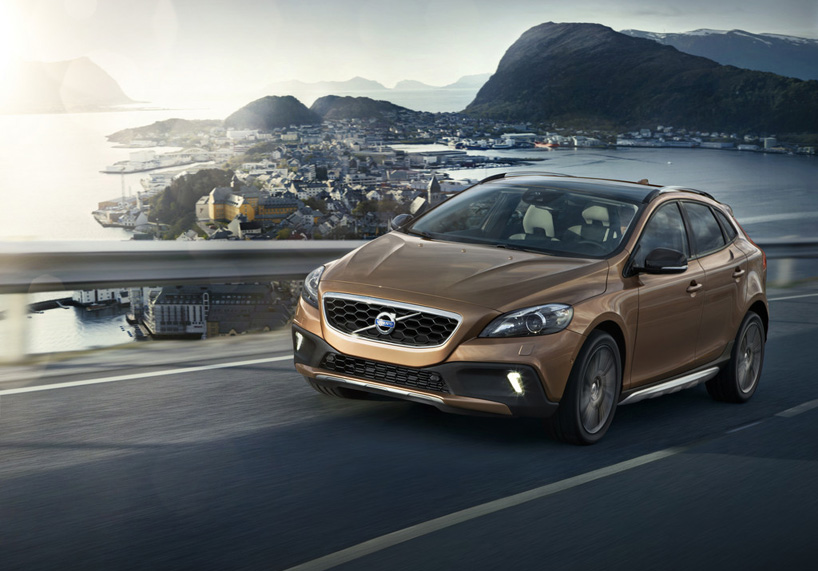 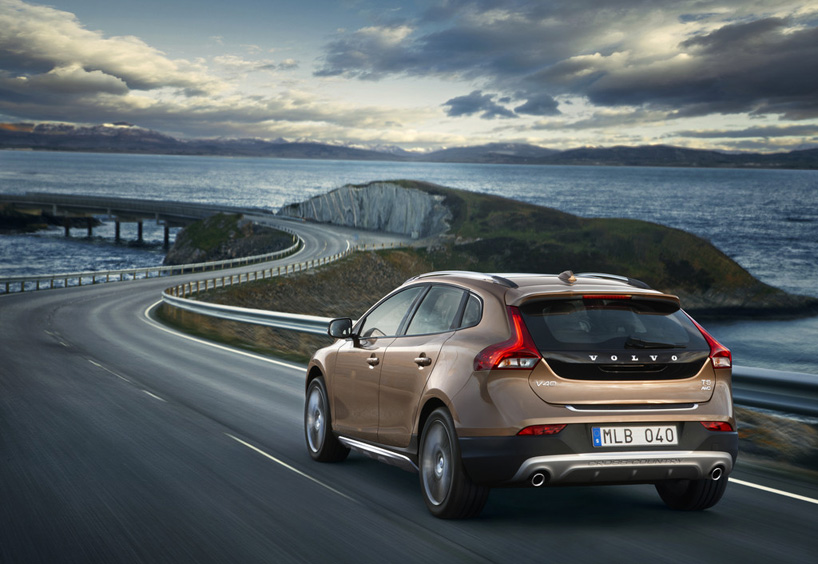