the attraction relies on an extremely precise linear acceleration system to continually accelerate and decelerate the craft, adjusting its speed and direction relative to the weight and distribution of passengers in order to achieve the sensation of microgravity. the vehicle itself is closed– unlike most roller coasters but similar to NASA’s ‘vomit comet’ plane– in order to block the passengers’ ability to see their own movement or the horizon line. the seating resembles that of airplanes, with a two-point restraint.

in the first phase, coined ‘the throw’, the vehicle accelerates, reaching a speed of over 100 miles per hour directly upwards and causing passengers to experience 2 g. the craft then slightly and gradually slows its upward speed so as to precisely match the upward trajectory of its contents, thus causing the sensation of zero gravity. in the third step, the ‘going down’, the vehicle moves downward at a pace equivalent to that of the now ‘falling’ passengers, extending the experience of microgravity. lastly, ‘the catch’ involves rapid deceleration, causing passengers to again experience 2 g as they slow to a stop. 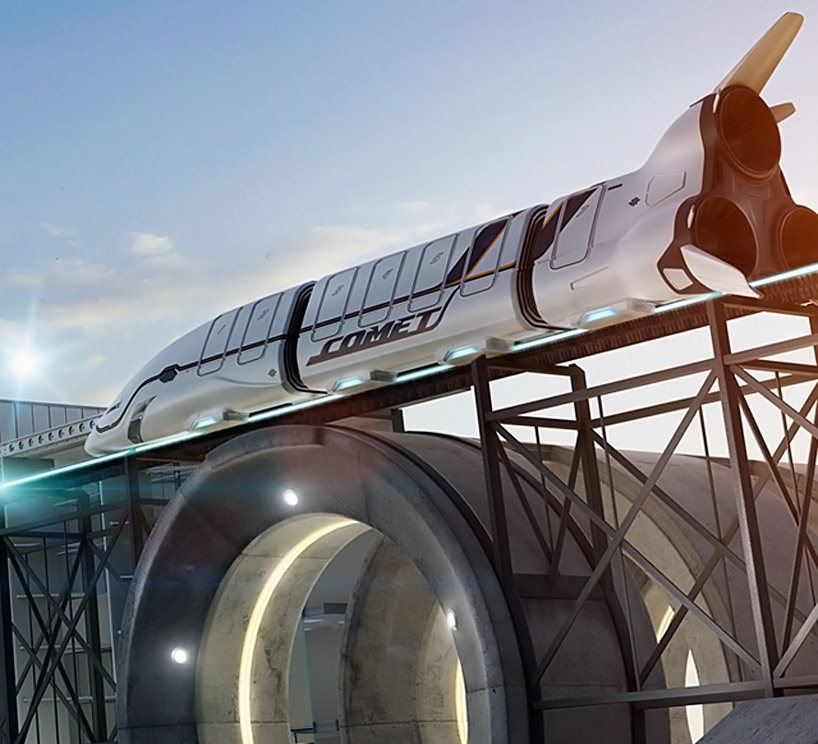 in total, passengers will experience a minimum of eight seconds and up to nine seconds of microgravity. the design team has considered also giving passengers a small scientific package to play with onboard– a cup filled with water, a rubber ball, or piece of string– in order to appreciate the effects of zero gravity. 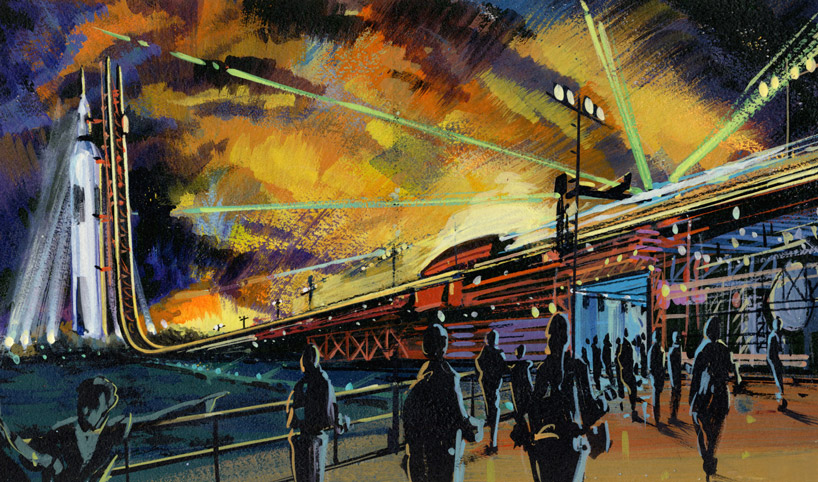 BRC imagination arts anticipates that the roller coaster, if built, would be utilizable not only for entertainment but also by scientists and engineers as a kind of remote research facility for NASA. time aboard NASA’s ‘kc-135a’ is expensive and requires months of advance testing and organization, but the roller coaster would be available after park hours or upon advance notice.

the cost of the proposed ride is estimated at 40 to 60 million USD, primarily because of the stringent engineering requirements for the acceleration system and safety controls. designer and company founder bob rogers explains that despite the working name of ‘vomit comet’, the sensations created by the ride are not those that normally cause air or sea sickness. nonetheless, each seat is equipped with a white paper bag, and the capsule’s interior is waterproof and equipped with drains for easy spray-down and cleaning. 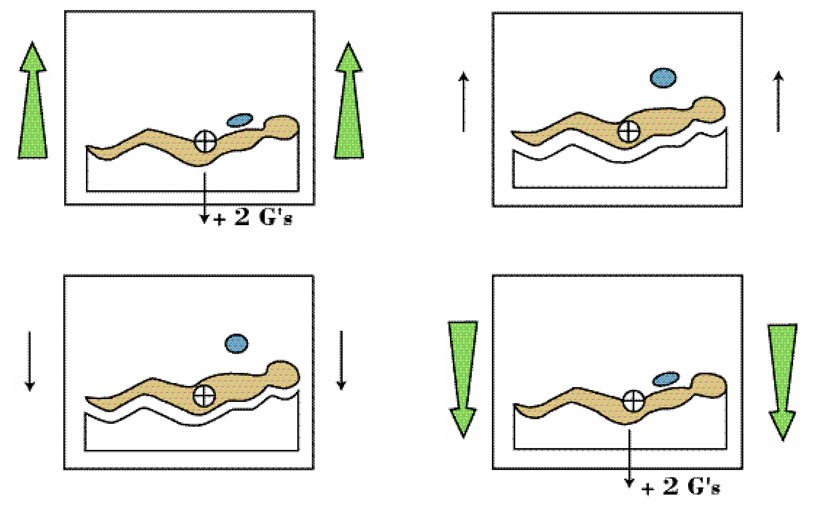