on may 30, 2020, at 15:22 EDT, SpaceX successfully launched the falcon 9 with the crew dragon’s second demonstration (demo-2) mission at NASA’s kennedy space center in florida. the launch — originally scheduled for may 27, 2020, but delayed by stormy weather conditions — marks the first commercially built and operated american rocket and spacecraft carrying astronauts to the international space station (ISS). this test flight with NASA astronauts bob behnken and doug hurley on board the dragon spacecraft will return human spaceflight to the united states, ending a nine year wait.

‘demo-2’ is the final major test for SpaceX’s human spaceflight system to be certified by NASA for operational crew missions to and from the ISS. SpaceX is returning human spaceflight to the united states with one of the safest, most advanced systems ever built, and NASA’s commercial crew program is a turning point for america’s future in space exploration — laying the groundwork for future missions to the moon, mars, and beyond. 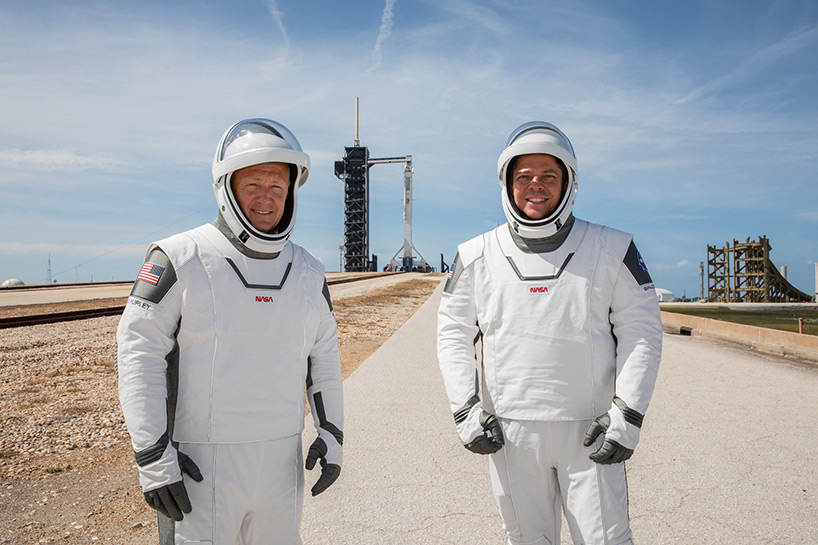 NASA astronauts douglas hurley (left) and robert behnken (right) participate in a dress rehearsal for launch at the agency’s kennedy space center in florida on may 23, 2020
image courtesy of NASA/kim shiflett