in summer 2020, ford announced the 2021 ford bronco. 55 years after the first generation model was produced, the highly-anticipated SUV revealed a retro-inspired design with detachable doors and rooftop panels. a year later, the 2021 ford bronco has arrived, and we can now to take a closer look at one of its most thought-out features — its removable doors. 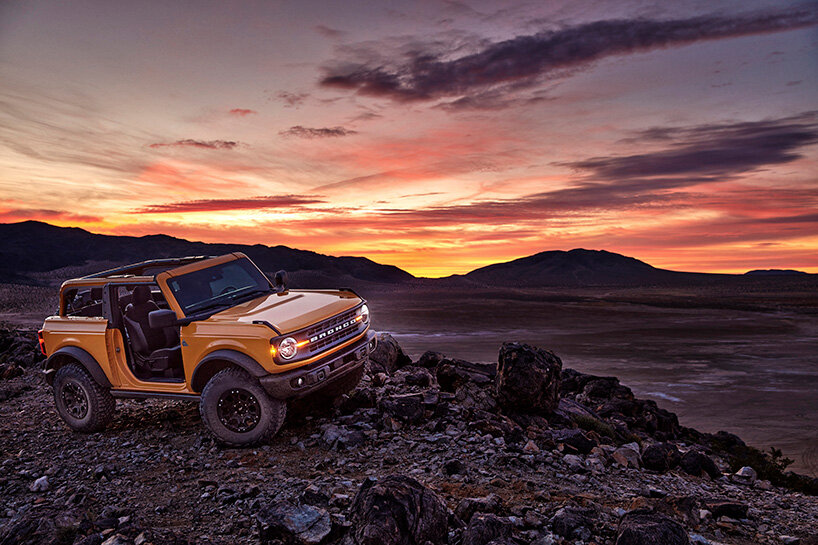 to start, the retro-future design of the 2021 ford bronco was initially created using a life-sized digital scan of the first generation model. as such, it retains the square proportions, short overhangs and wide stance. the side profile defines a flat, no-nonsense surface with clear-cut edges and robustly flared fenders, including the large, open wheel wells that aid quick-releases. exposed two hooks features on both the front and rear. the 4×4 offers a 11.6-inch ground clearance, which ensures a class-leading water fording capability of up 33.5-inches. 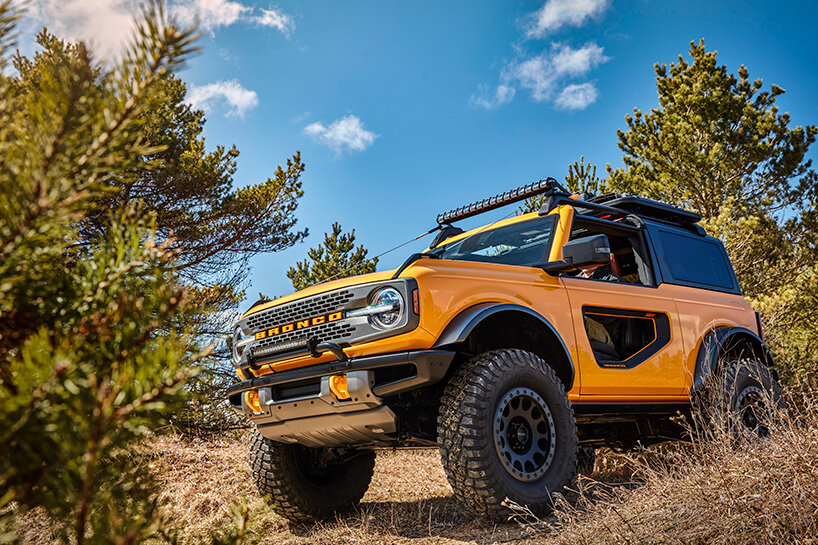 the removal process of the doors and roof have been shown on a video by the drive. one of the most important design aspects ford took into consideration was removing the mirrors from the doors so that once you remove the doors, the mirrors are still there. ‘it was one of the most complicated parts of the vehicle,’ ford’s chief designer paul wraith told the drive’s kristen lee. ‘moving the mirrors created conflicts with the A-pillar structure, the airbag, visibility of the mirror, the air vents. everything is jostling for position.’ 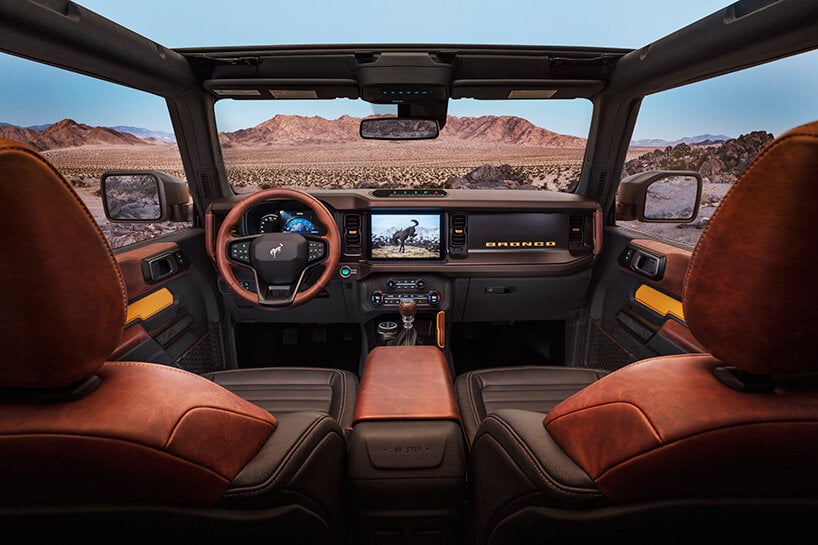 as for the doors, the design team considered aspects like the tools necessary to remove them; how to minimize the door damage; where to place it once it’s removed; and how to easily put it back without scratching the car. the doors are frameless, making them small and easy to handle. the car comes with bags for the doors which come in extra handy when taking them down as they weight 48 lbs (21 kg).

watch the video above and see for yourself how easy it is to take off the doors and top and of 2021 ford bronco. 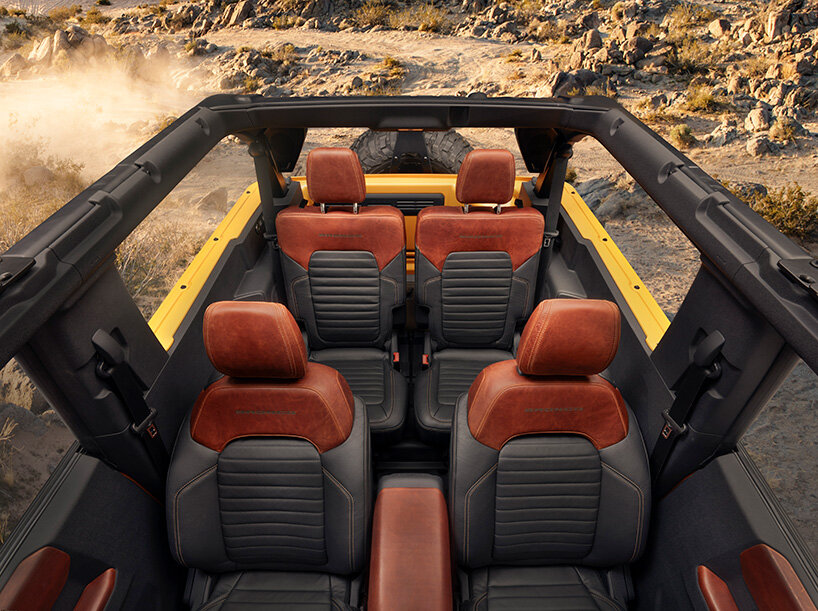 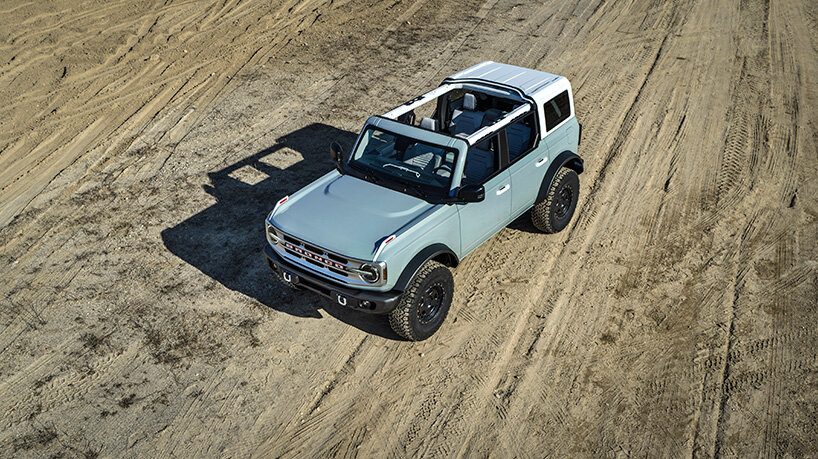 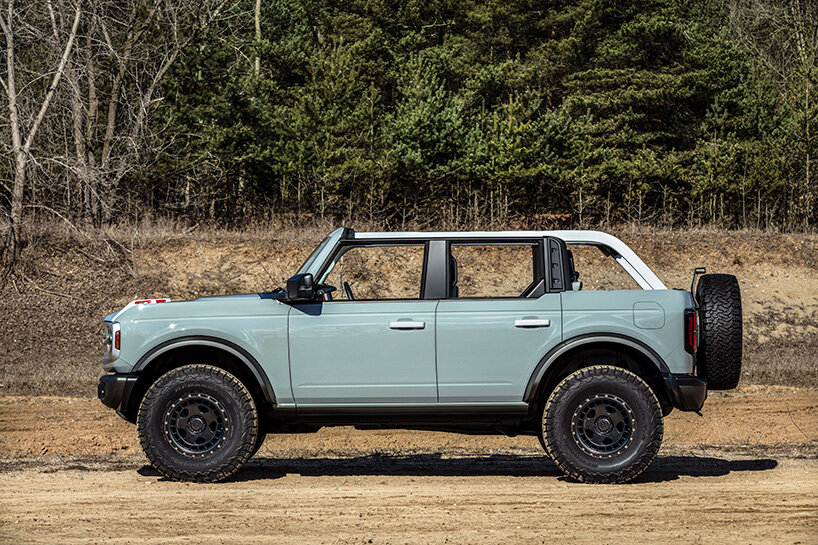 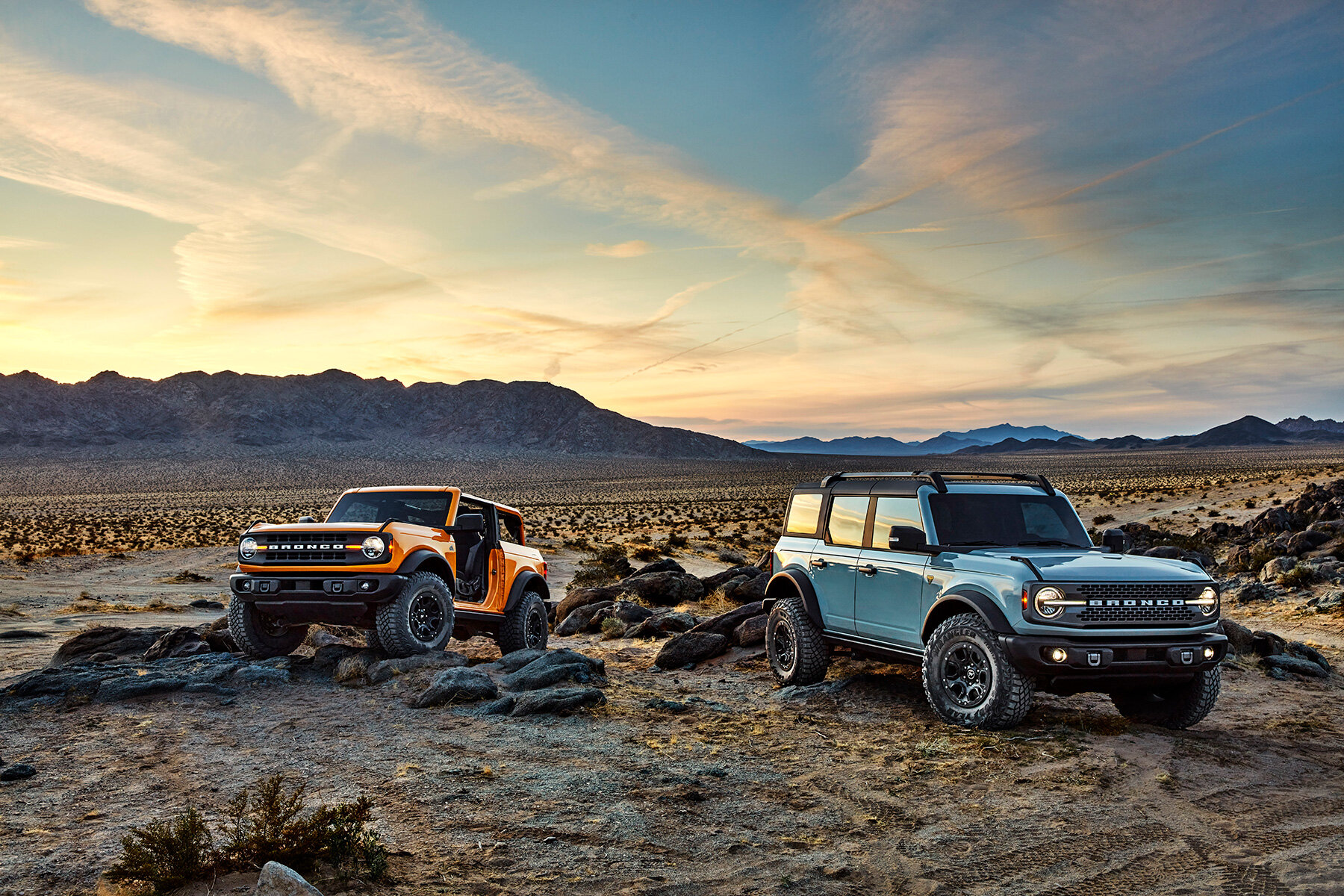 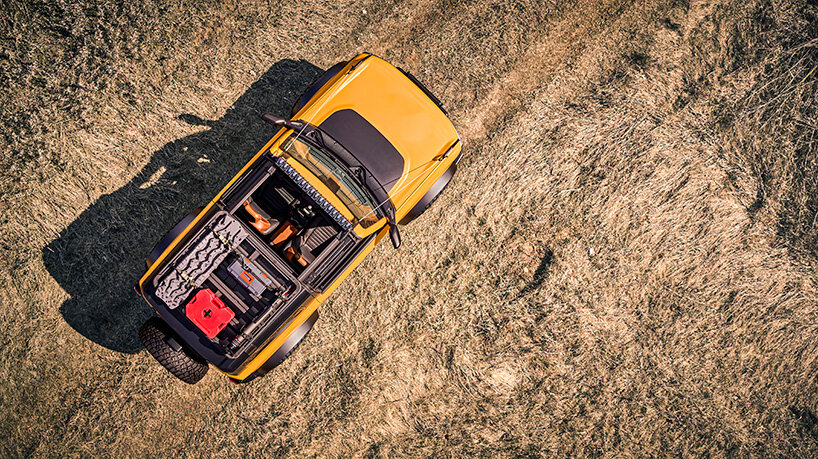 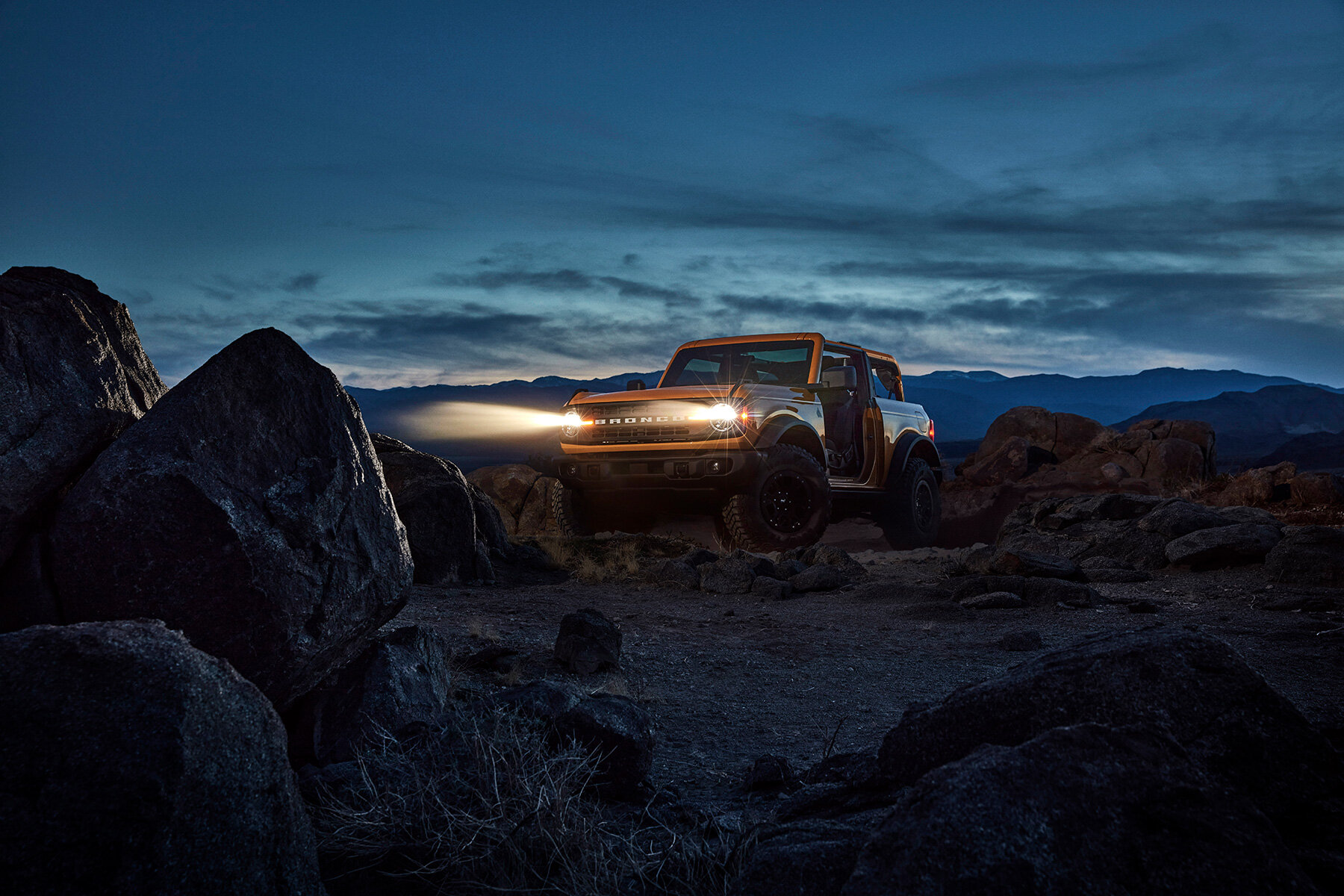 video by: the drive