UPDATE 08/27/2021: following these videos, boston dynamics premiered another one that shows the learning process of the robot. breaks, bumps and failures are all part of it. watch it below.

Build It. Break It. Fix It | Boston Dynamics

boston dynamics revealed two impressive behind-the-scenes videos, capturing their altas robot in action. they demonstrate how it maneuvers, leaps, somersaults, and backflips, as well as falls over and crushes the ground. pushing the humanoid robot to its limits, the company’s engineers developed new movements animated by human behaviors, exploring the next generation of mobility, perception, and athletic skills. through the parkour action, we see atlas robots completing the complex obstacle course almost flawlessly.

all images courtesy of boston dynamics

in the second video, boston dynamics‘ engineers provide an evaluation of atlas’ capabilities. atlas’ advanced control system and hardware, supply the robot with the power and balance to demonstrate human-level agility. the robot is adapting its behaviors based on what it sees, by repeating the parkour exercise. by this, no pre-programming of all possible motions is required, but instead, the team defined a smaller set of behavior templates that can be related to the environment.

‘it can be frustrating sometimes, the robots crush a lot, it’s not the robot just magically deciding to parkour, it’s kind of choreographed routine, much like a skateboard video or a parkour video, where it’s an athlete that’s practiced these moves dozen or hundreds of times to get to that exciting high level capability,’ states benjamin stephens, atlas control lead in the video. ‘we learn a lot in terms of how to build robots that can survive falling on their face and getting back up and doing it again. we also learn a lot about the behavior, the control, the thing that puts one foot in front of the other’.

atlas has one of the world’s most compact mobile hydraulic systems. its advanced control system enables highly diverse and agile locomotion, while algorithms reason through complex dynamic interactions involving the whole body and environment to plan movements. atlas uses 3D printed parts to give it the strength-to-weight ratio necessary for leaps and somersaults. 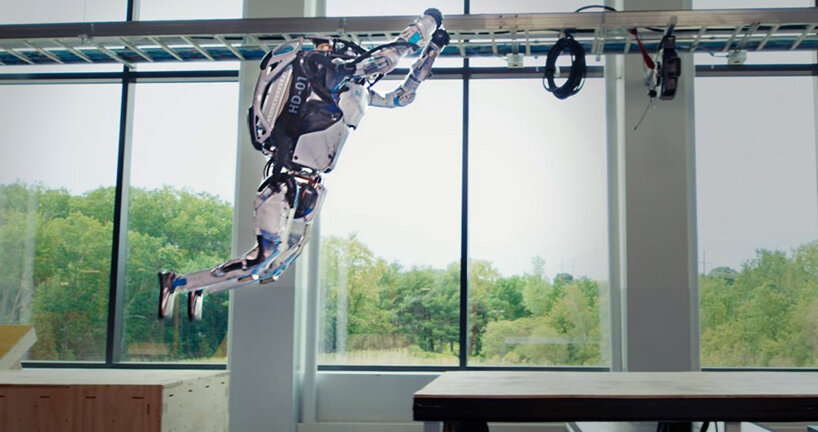 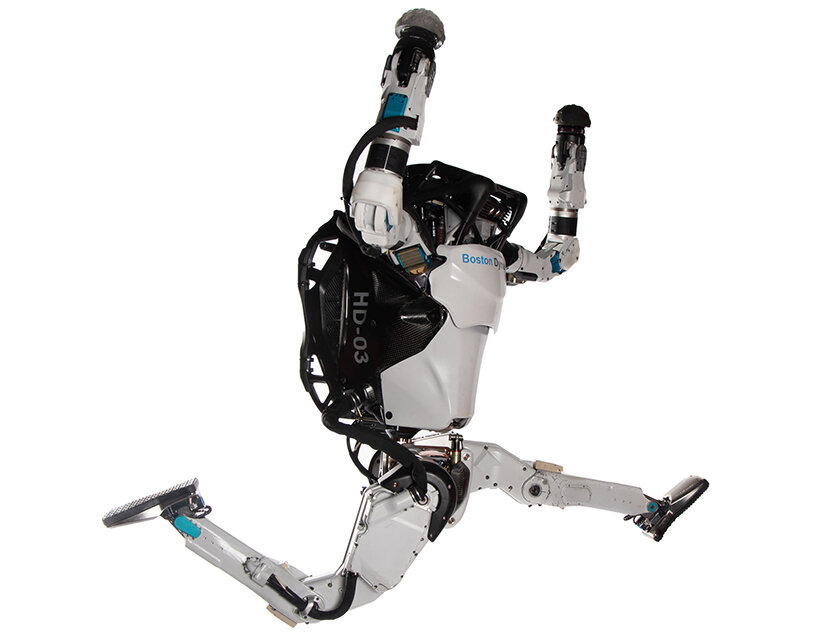 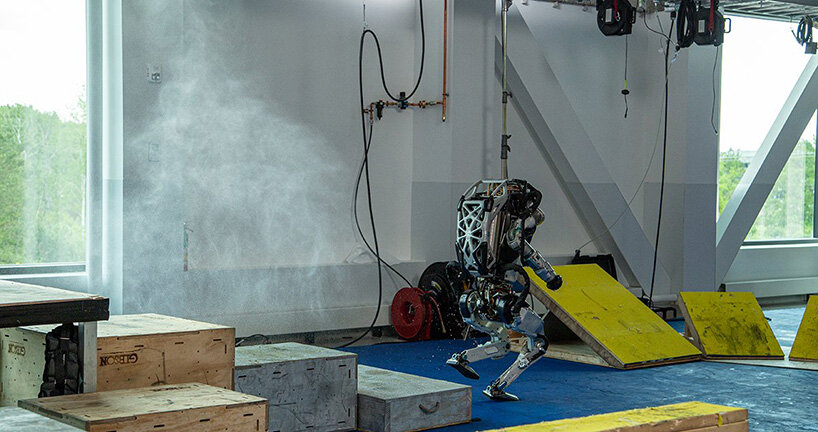 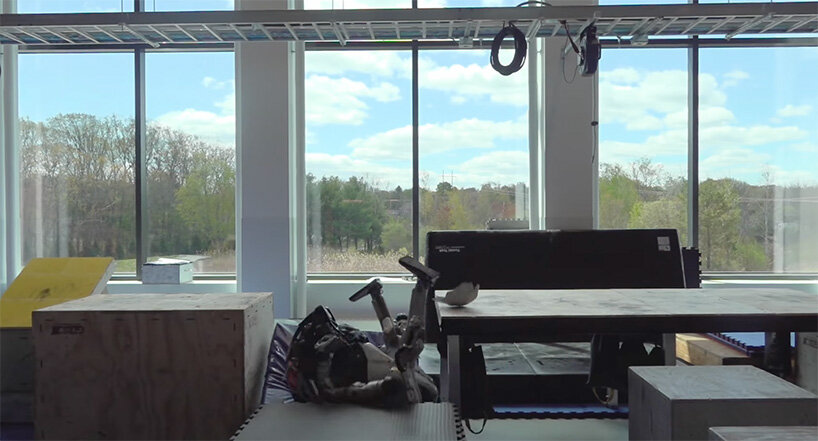