australian-based startup wave swell energy’s company name gives just a slight hint as to the means by which they set out to produce clean, emissions-free electricity. the company is by no means the first to harness the power in ocean waves in the name of sustainable energy, but what sets this aussie start up out from the rest is the efficiency with which they are doing so. wave swell energy’s technology essentially works by using an ‘artificial blow hole,’ better known to wave energy specialists as an oscillating water column (OWC). when connected up to an off-the-shelf generator, a standard wave swell energy unit produces a peak power output of 1 MW. 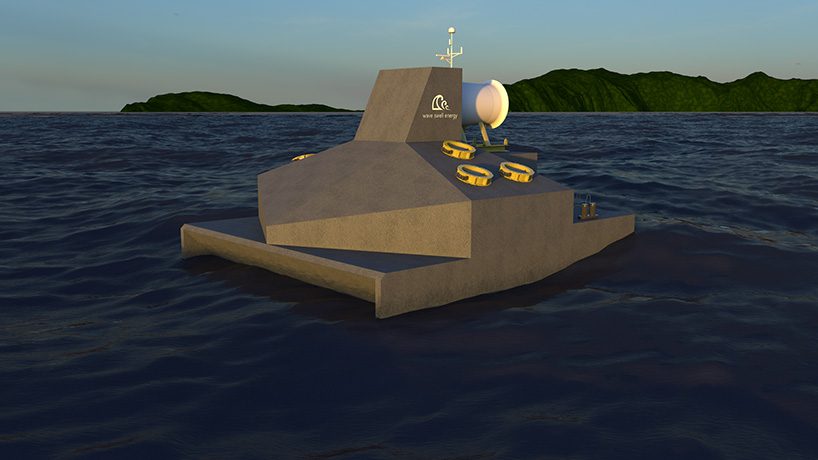 wave swell energy’s an oscillating water column consists of a large hollow concrete chamber, partially submerged and sitting on the seabed, and vented to the ocean through an underwater opening. the concrete chamber also includes a small opening to the atmosphere above the water line, in which is housed an air turbine. as waves pass through the chamber, the water rises and falls inside it, consequently causing the pressure of any air trapped above to swing between positive and negative pressure. the fluctuations in pressure forse the air to pass through a turbine at the top of the chamber, generating electricity as it goes. 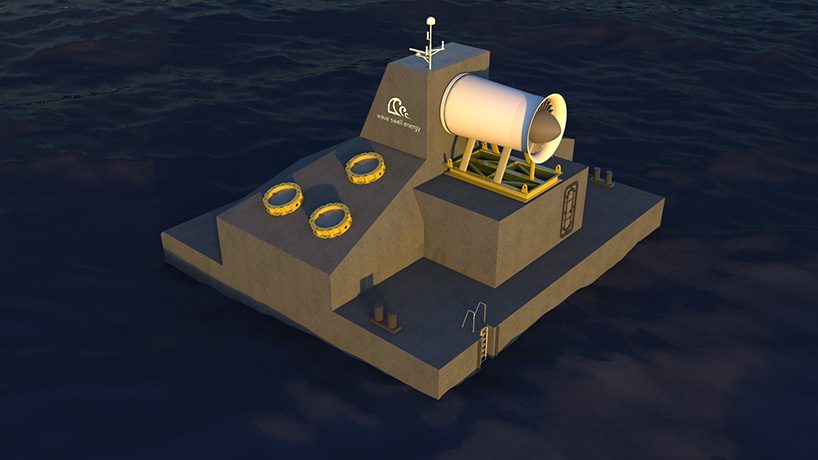 what makes wave swell energy’s technology–first invented in 1990 by international ocean energy hall of fame member dr tom denniss–even more efficient is the way that they’ve managed to rig the chamber so that the turbine is only exposed to air from one direction. in turn, this means simpler, more robust and reliable turbine design, and a higher energy conversion efficiency. since the only moving parts of wave swell energy’s proposed technology are all well above the water, the device is also much easier to maintain. the company is currently developing their first unit, intended to be installed in the ocean off the west coast of king island, to demonstrate the ability of the company’s technology. 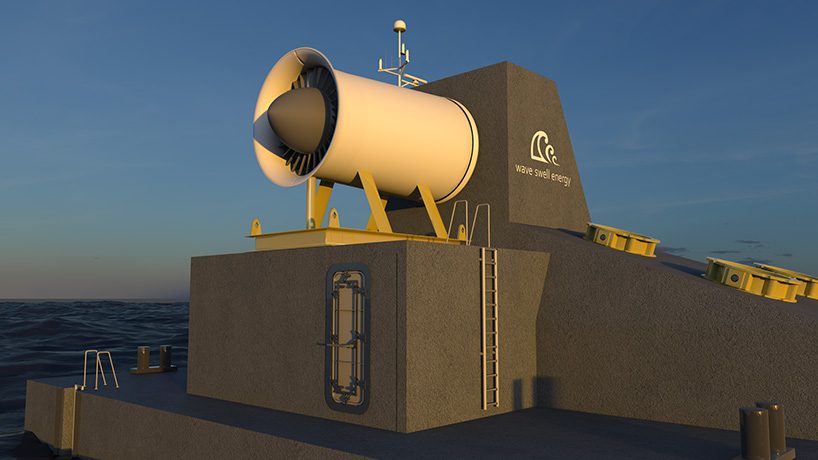 the company is currently developing their first unit, to be installed on king island between australia and tasmania 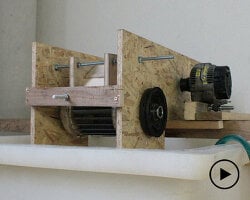 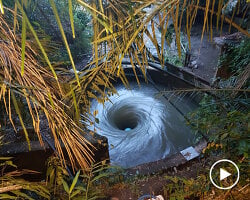 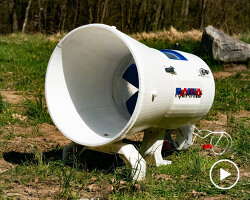