while vehicles become more compact because of efficiency, people’s desire for spacious cars still exists. for solar-powered cars this is great news as the bigger the car is, the more efficient it can be — more space for solar panels. the mercedes future solar car concept 2045 by wayne jung features solar panels that wrap the body of the car, maximizing the surface to collect sunlight. these panels have a pattern on the top surface that tracks the sun when the vehicle is parked, allowing it to continue collecting energy. 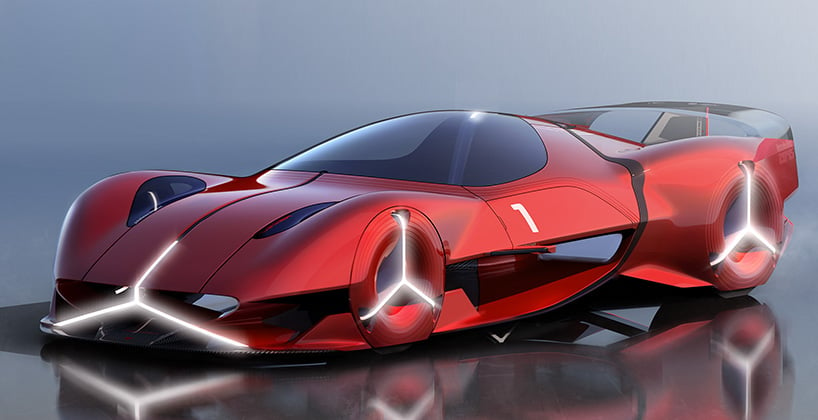 the design is iconic and lightweight and if you haven’t noticed, it lacks the mercedes-benz logo. instead, the whole car structure design has been inspired by it: three stars are arranged in a row and connected together to form the body. the concept electromagnetic spinning wheels have a three-point spoke inspired by the mercedes-benz logo with two different electric poles at the end that spin once you put power on the coil inside the tire.

‘I believe emotion is what makes car design different from most industrial design,’ says wayne jung. ‘modern car design is getting closer to industrial design as the current design trend emphasizes simplicity. as a car designer, I feel deeply responsible for seeking new proportions and forms that still deliver a massive amount of emotion.’ 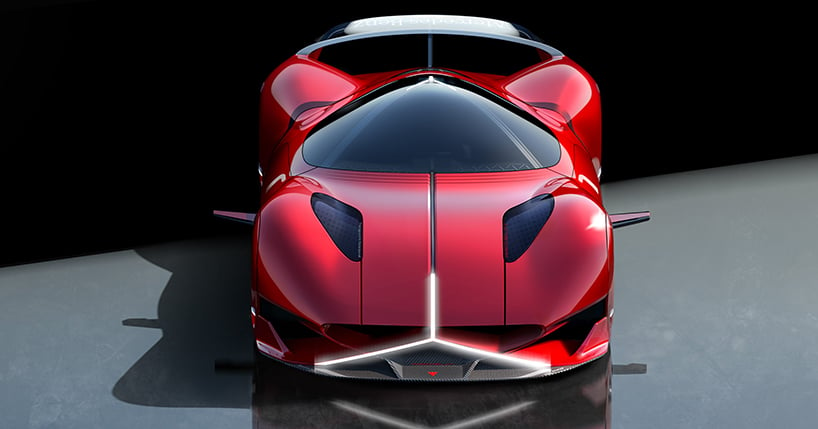 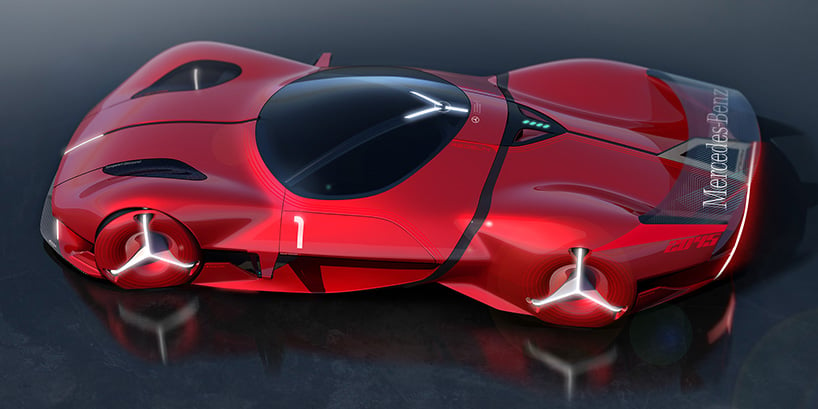