a white cane that uses smart technology aims to help visually-impaired people navigate their surroundings. called weWALK, the device is equipped with built-in speakers, smartphone integration, and sensors that send vibrations to warn users of obstacles up ahead.

the weWALK cane consists of an electronic handle with a regular ‘analog’ white cane that is inserted into the bottom. it uses an ultrasonic sensor to detect any obstacles above chest level and warns the user via a vibrating handle. 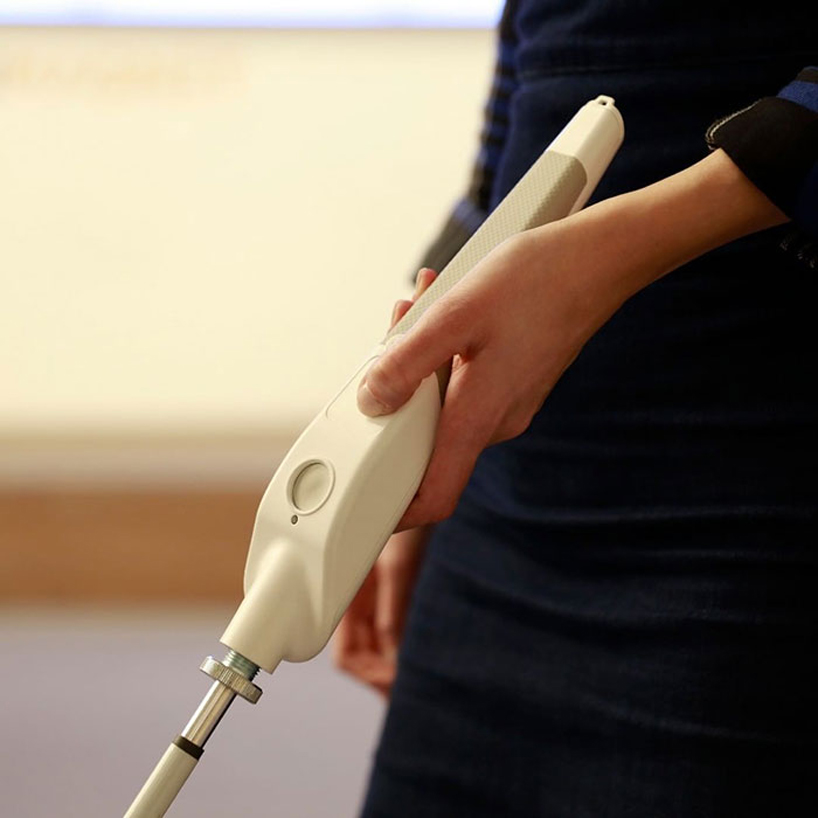 users can also pair the cane with their smartphone with the ability to integrate it with a voice assistant and google maps. it uses its built-in speakers to inform the user of nearby stores and infrastructural details that they may not be able to see. 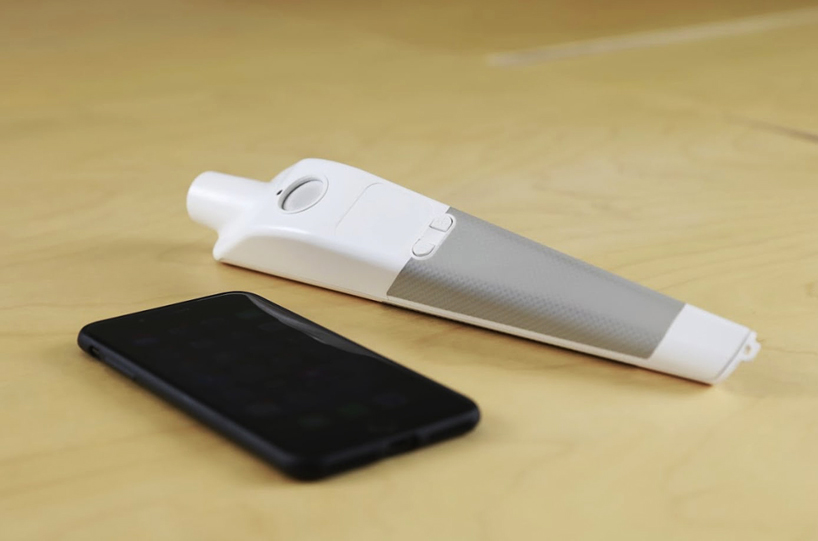 turkish designer kursat ceylan, who is also blind, invented the cane to use modern technology as a tool for the visually impaired. ceylan is the CEO and co-founder of young guru academy (YGA), the turkish non-profit behind the invention.

the technology used to create the weWALK cane is built around an open platform, which means that third-parties could add their own smartphone-based functions down the road. its developers hope to eventually pair it with ridesharing apps and transportation services to further improve its navigational abilities. 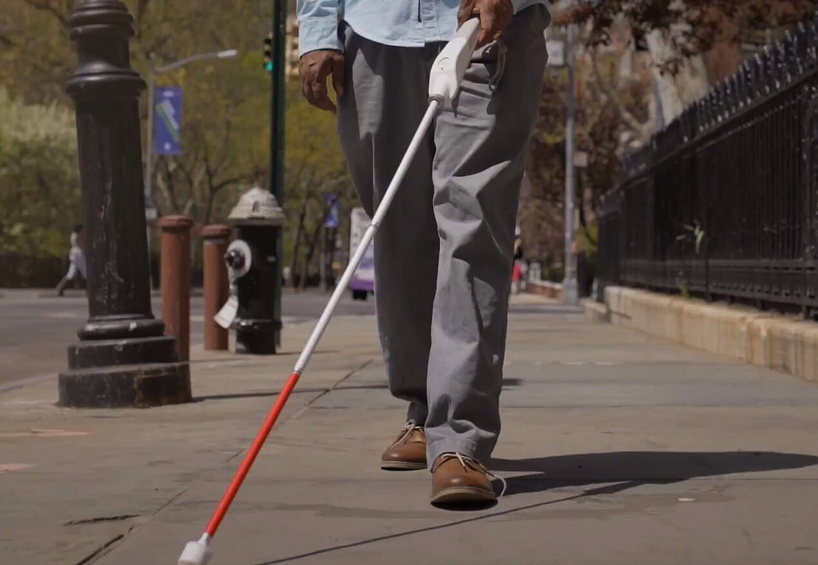 ‘in these days we are talking about flying cars, but these people have been using just a plain stick,’ he explained to CNN. ‘as a blind person, when I am at the metro station I don’t know which is my exit… I don’t know which bus is approaching… which stores are around me. that kind of information can be provided with the weWALK.’ 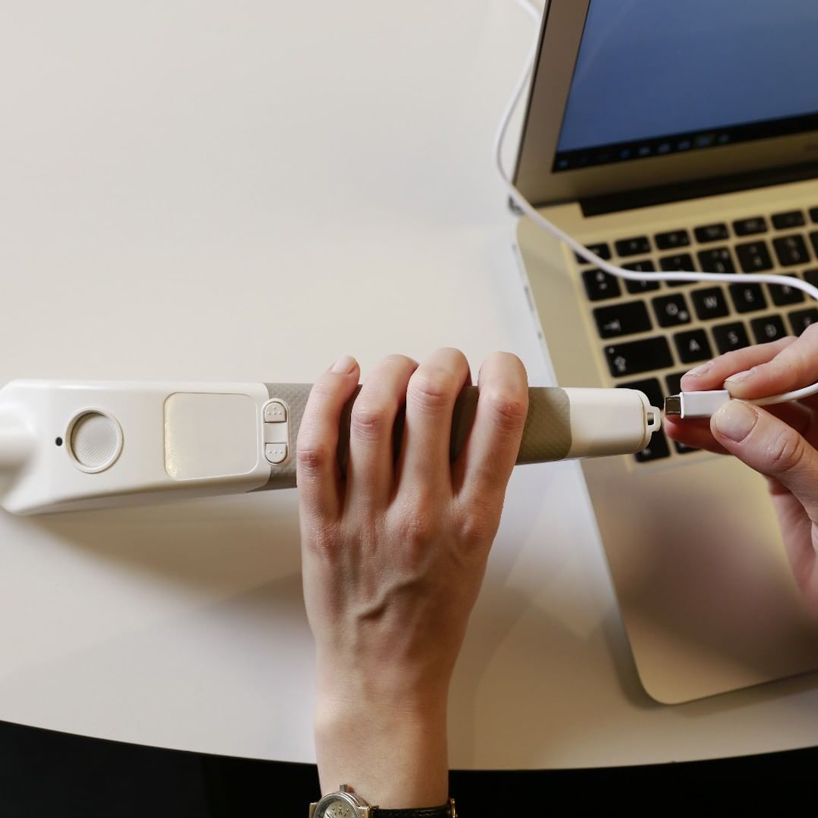 the weWALK smart cane runs on android and ios-based mobile phones. it features a USB input that can be used to charge the battery with one full charge lasting up to five hours of usage time. the device is available for purchase on the weWalkwebsite for $500 USD. 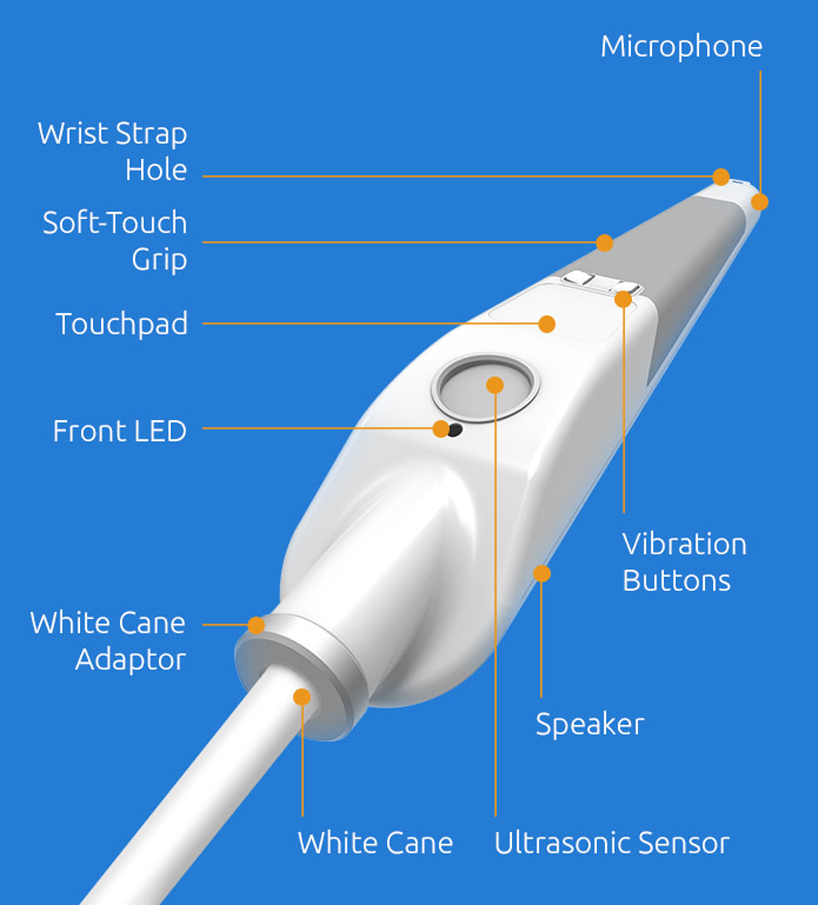 May 25, 2022
rolls-royce debuts pearl inspired 'boat tail' on the shores of lake como
rumoured to cost $28 million, the rose gold coupé was created for a client whose family business has grown from his father's origins in the pearling industry.
technology
+2.4K shares
connections: +2730

May 22, 2022
mercedes unveils vision AMG as all-electric performance car of the future
the world debut of an all-electric silver arrow from AMG.
technology
438 shares
connections: +410

May 06, 2022
will.i.am and mercedes unveil custom AMG GT 4-door with boxy G-wagen front
the custom vehicle is part of a mission to get kids from disadvantaged communities into STEM jobs by funding inner city school engineering programs.
technology
588 shares
connections: +1050

May 03, 2022
shine is a portable wind turbine about the size of a 1L water bottle
shine features a 40-watt turbine that can charge devices or store power in its 12,000 mAh internal lithium-ion battery.
technology
620 shares
connections: 58