a team of researchers has created a robot that can transform its wheels to legs and back, depending on the surface it is transiting. developed for military applications, the robot can determine without human intervention, what’s the most suitable way for it to travel across terrains. this advancement has been made by the defense advance research projects agency (DARPA) in partnership with dr. kiju lee at the texas A&M university. 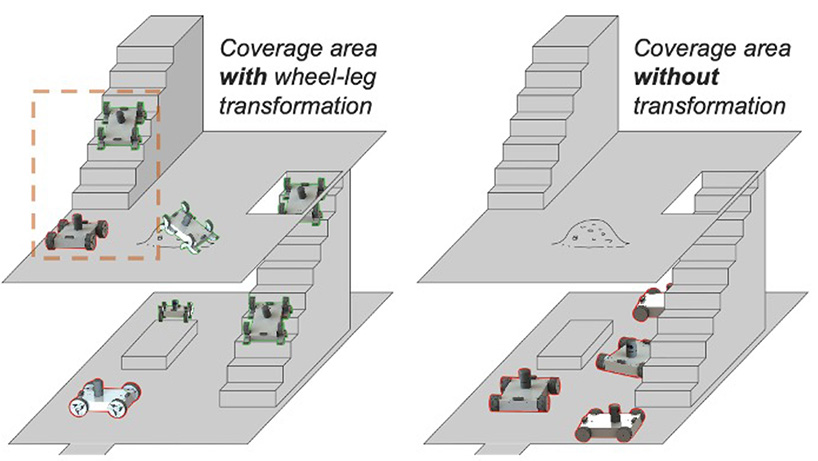 professor lee is no stranger to developing mixed-reality swarm simulators with embedded consensus-based decision-making abilities. ‘I have recently been awarded a new DARPA contract to join the OFFSET Sprint-5 effort focusing on enhancements to (the robot’s) physical testbeds,’ lee says. ‘through this new project, I will develop unmanned ground vehicles with agile and versatile locomotive capabilities for urban military operations.’ 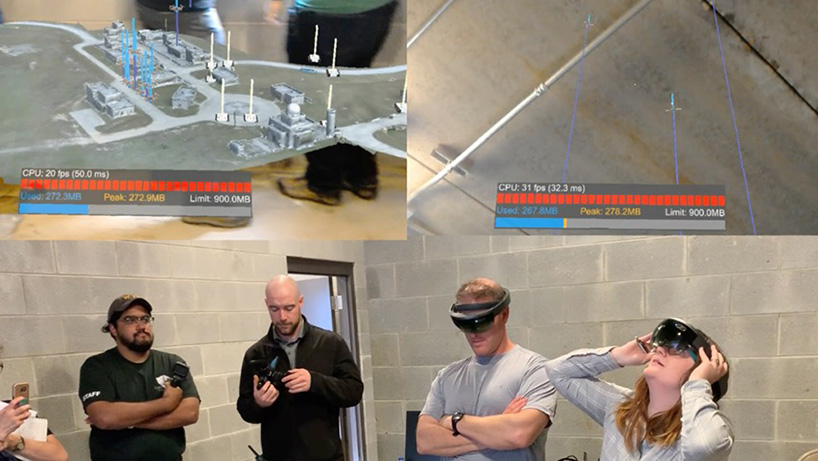 the wheel-and-leg transformable robot (WaLTR) by lee and her team can move around different surfaces which include but are not limited to, staircases. the robot is able to identify the terrain and choose if it uses its wheel or its legs to move through it. 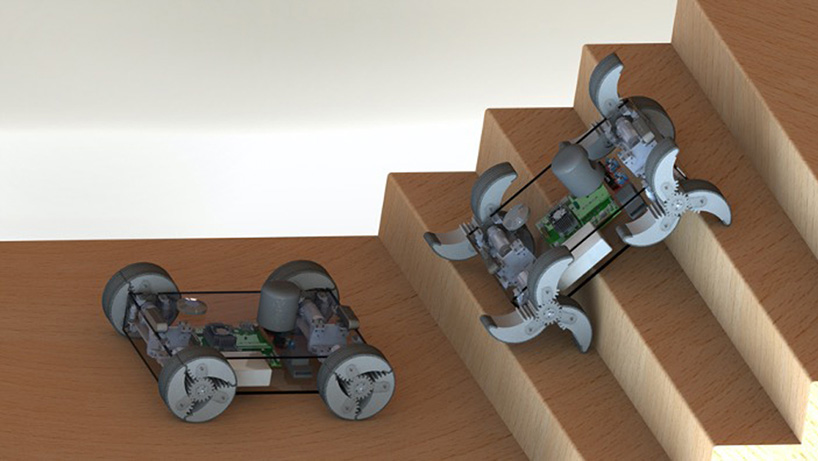 ‘legged locomotion is more versatile, but suffers from inherent structural, mechanical and control complexities,’ lee concludes. ‘the proposed testbed will be equipped with novel wheel/leg transformable mechanisms, which can switch between the two locomotion modes actively adapting to its environment, but without needing any additional actuator.’