microsoft‘s new graphical interface, codenamed ‘windows 8’, replaces the windows and navigation bars of all previous releases with a tile-based layout and new system for full-screen applications. although the navigation and design are influenced by smartphones, the interface will come standard on desktops and laptops in addition to slates, and is meant to work equally well as a touch and mouse or keyboard -driven interface.

in contrast to a desktop-like display featuring windows and a menu bar, the new start screen is described as a ‘personal mosaic of tiles’, each a launchable application. some apps, such as weather or twitter feeds, display relevant information in the icon, rather than requiring a click to open.

‘windows 8’ features full-screen apps designed for touch interfaces, although the demo also suggests backwards compatibility with previous windows software. swiping from the side of the screen permits the browsing of applications in the same order as the mosaic navigation screen, while a ‘snap’ function lets users display two applications at one time.

when opening documents, the filesystem permits files to be accessed from not only the harddrive and local network but also any installed applications, for example, cloud-based photo sharing services. an optional ‘thumbs’ touch keyboard layout, designed for better ergonomics, docks the keys to each side of the screen, so that text can be entered more naturally while holding the device.

for the first time for microsoft, a new application model codenamed ‘jupiter’ is expected for new devices, permitting developers to create web-based, .appx applications that will be offered in a new windows app store.

more about the ‘windows 8’ interface will be revealed at microsoft’s ‘build‘ event, september 13th through 16th, 2011.

video demo of the interface 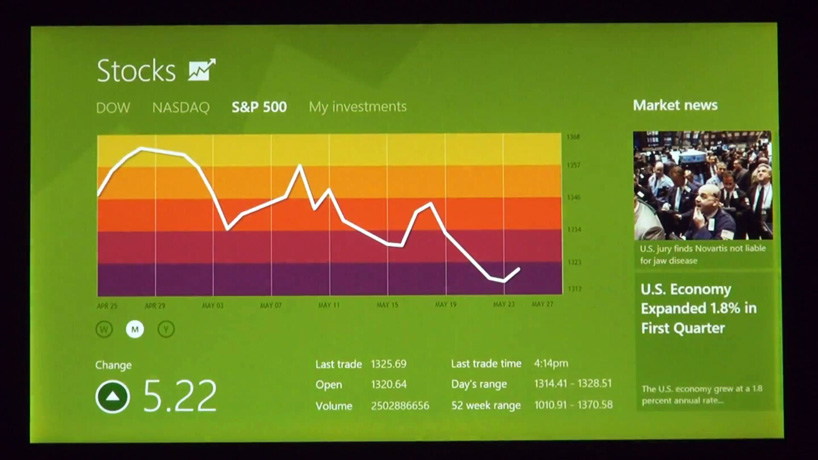 with the ‘windows 8’ interface, even desktop computers will run full-screen apps designed to work as easily with touch as with keyboard or mouse controls 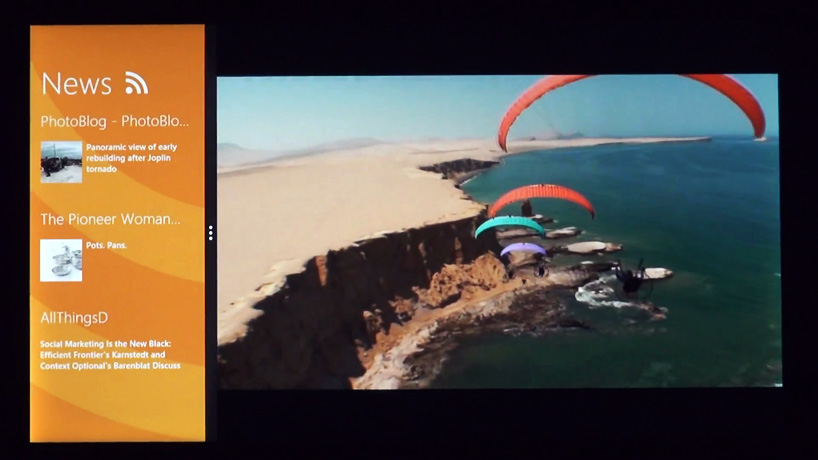 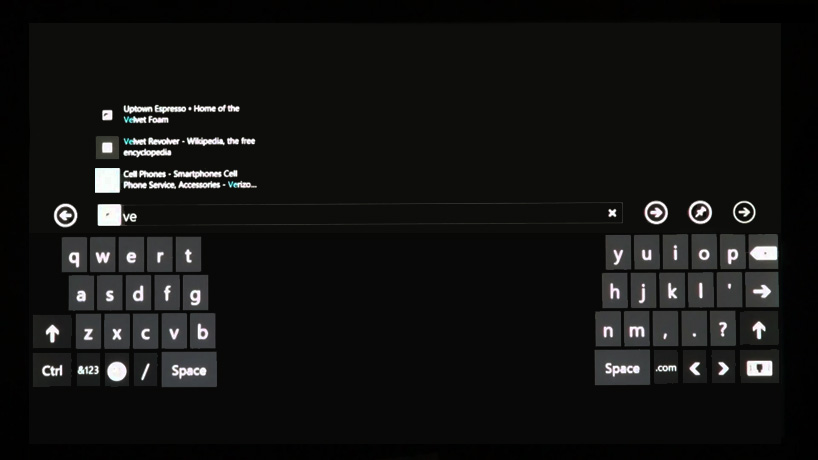