aerospace engineering company windspeed technologies designed an exhilarating concept to view the aircraft’s surround skies while flying called ‘skydeck’. from a safe semi-external location, the aim was to create an experimental in-flight entertainment for luxury aircraft owners and the airline industry. the ‘skydeck’ can be installed on a wide variety of aircraft’s ranging from wide-bodies to smaller executive jets. modern in-flight entertainment offerings have not changed over the decades. windspeed wanted to offer an amenity that would provide a more intriguing level of entertainment to reduce the weariness of long travel times. 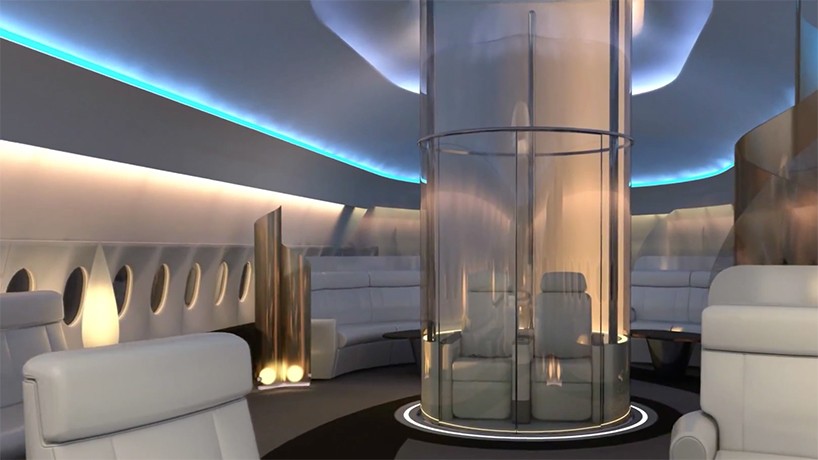 the ‘skydeck’ can be accessed using an elevator

conceptual designs have several feature combinations such integrating an elevator or a staircase and either a single or two seat platform. engineers were concerned with the potential interference with the aircraft’s tail behavior, but studies have shown that a teardrop canopy with an optimum height alleviates that concern. wind tunnel tests also indicated that the ‘skydeck’ doesn’t add additional drag due to its rear positioning, which won’t add extra fuel needs. 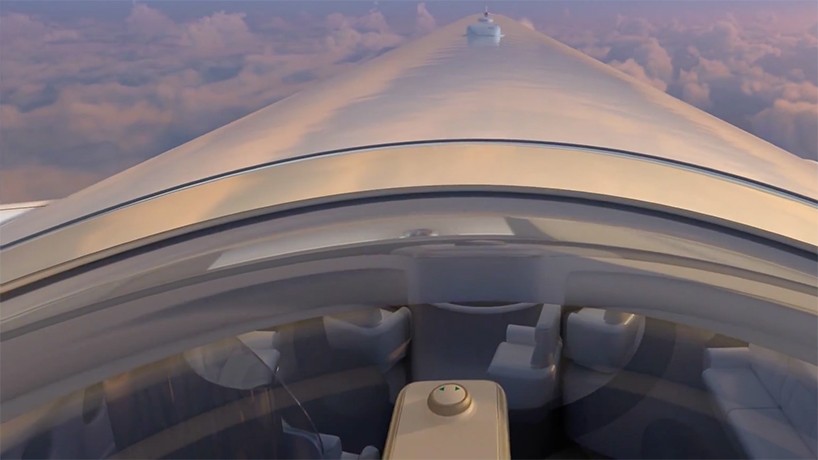 the perspective views inside the canopy 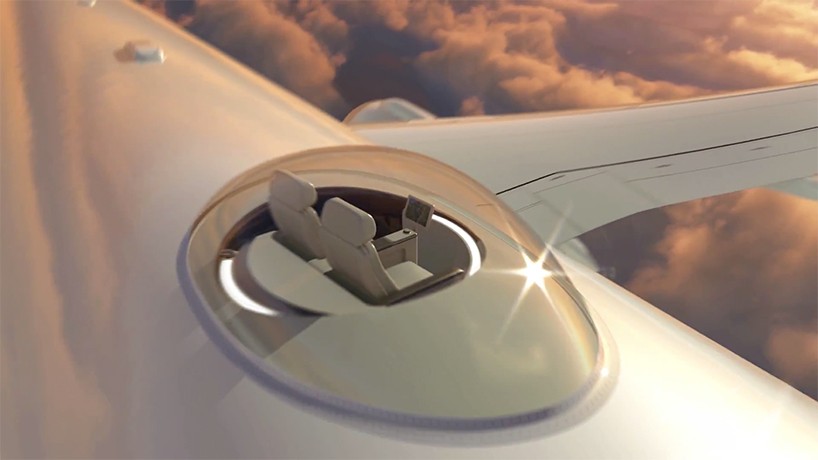 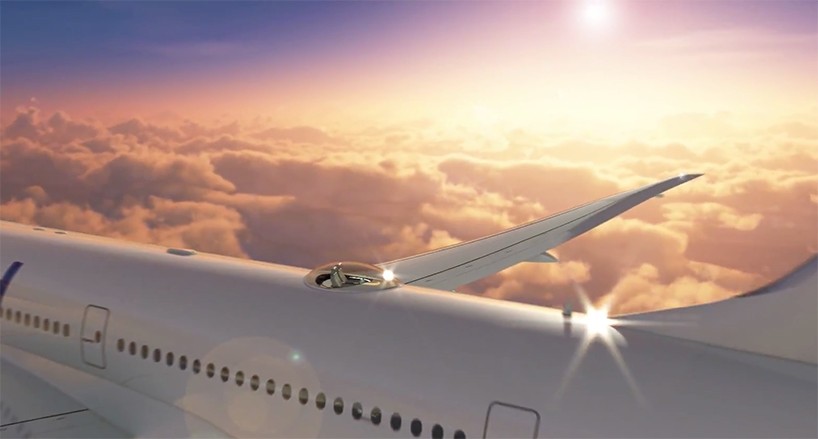