let’s go back. it’s the mid 90s and microsoft have just revolutionized the PC interface with the release of its 95 operating system. that same year apple begins licensing its mac OS and macintosh ROMs to third party manufacturers, in a bid to maintain its dominance over the market. twelve years later and apple releases the first iPhone, overshadowing the smartphone attempts of nokia, motorola, and of course microsoft windows. 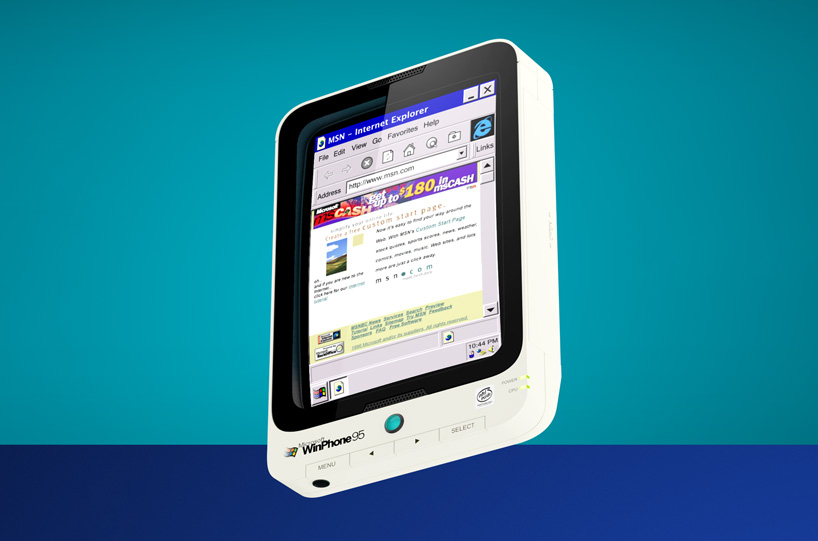 but what if history had been different? what if mobile computing devices existed in 1995 and microsoft had launched a smartphone that year instead? introducing the winphone 95, the best smartphone never released, designed by designer henrique perticarati. using microsoft’s groundbreaking software, perticarati has come up with the handheld device. he imagines there was some sort of ‘sliding doors’ moment that altered the trajectory of future events, setting microsoft along the path apple would eventually take. 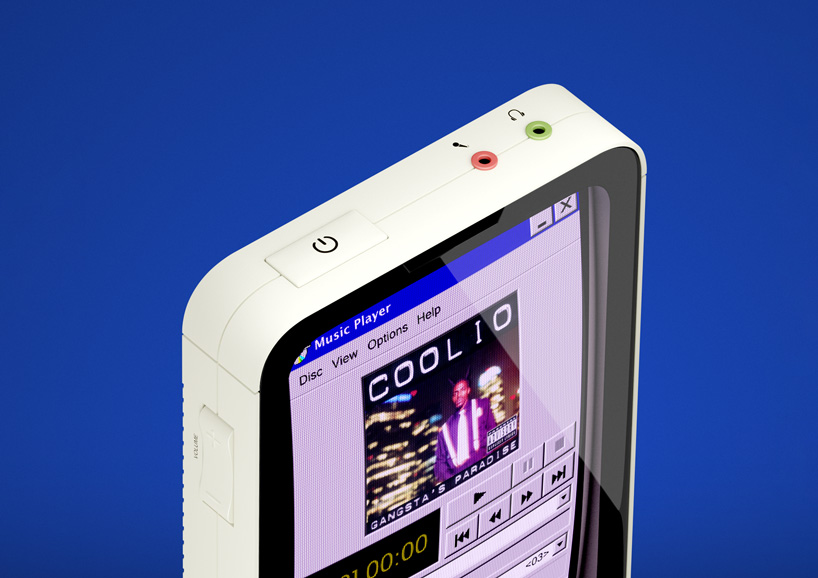 satisfyingly chunky without a ‘notch’ in sight, the winphone 95 puts the iconic desktop experience into a handheld device. and it doesn’t forget all the old connector technologies either. it has a dedicated parallel port so any masterpieces on paint can be printed, a VGA connector for display, an opening 12v DC port for charging, and two jacks on top for a mic and some headphones. 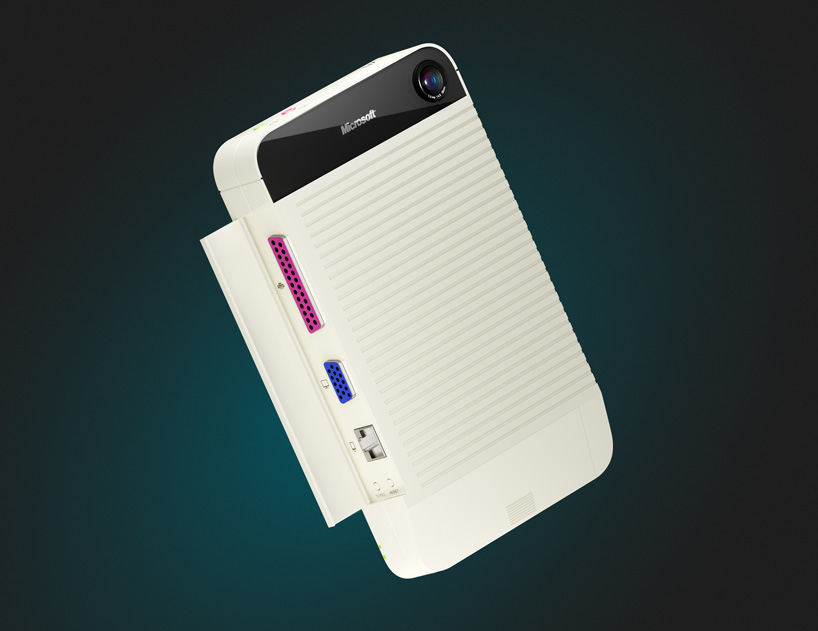 the imagination doesn’t stretch so far as to give the imagined smartphone a touchscreen, but it does have a trackball which can be used to navigate through the phone. beneath this are left and right-clicks centered between ‘menu’ and ‘select’ buttons. the winphone 95 phone packs a 1.2 megapixel camera on its back, and is armed with a big, clunky, volume switch, and a turbo and hard-reset button. there’s even power and CPU LEDs. all this is missing is dial-up internet themed ringtone. 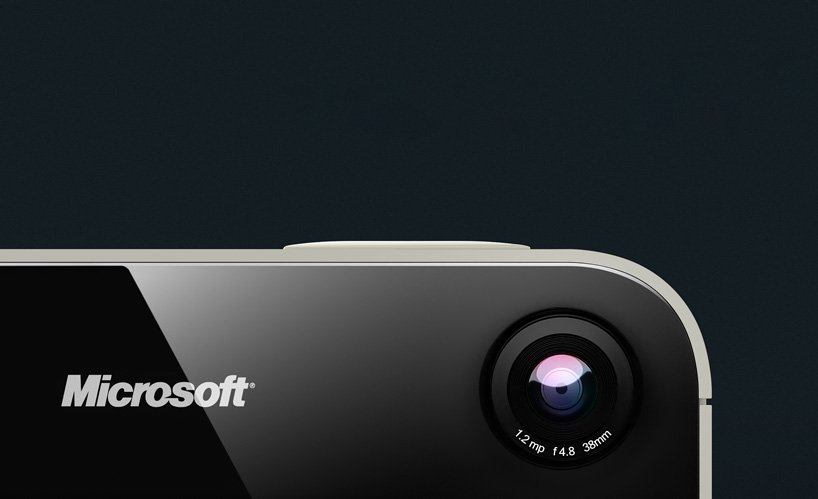 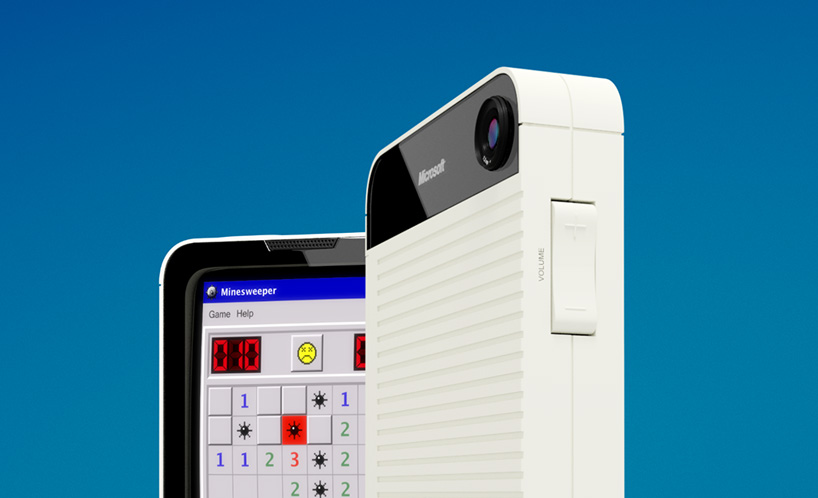