a wisconsin man has built a 23-foot-tall transformer in his yard from an old car. george edgren, a metalworker who has been making and selling lawn art for a number of years now, was coaxed by a friend to construct the towering machine. over the course of the month, edgren labored away on the sculpture, using the components of an oldsmobile alero – from tires to form shoulders, the hood as a chest, to doors for abs and feet – to assemble the robotic structure’s giant stature. 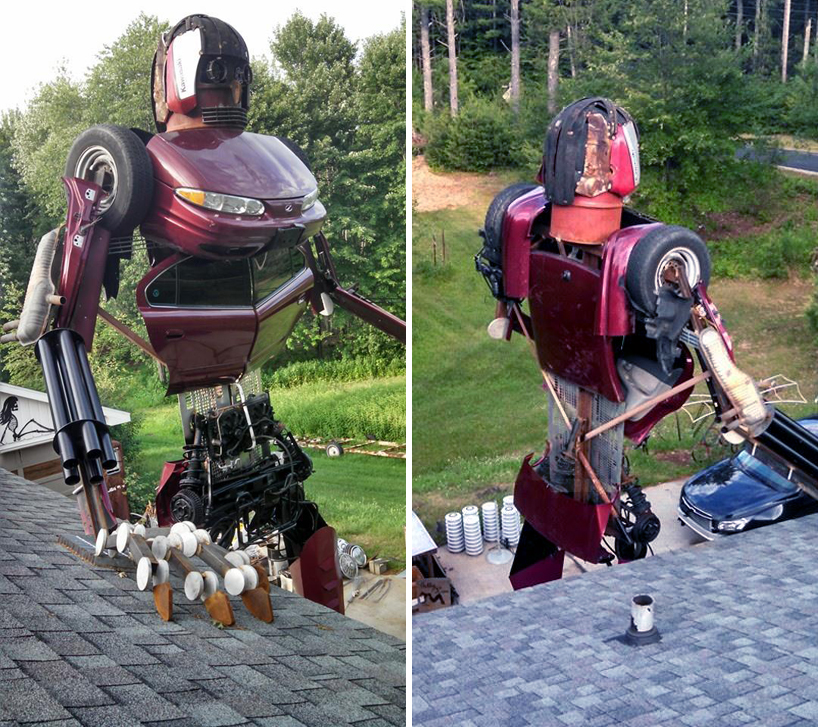 components from an oldsmobile alero were used to construct ‘hardwire’

cited as his largest project to date, ‘hardwire’ now stands in the driveway of edgren’s home attracting local and media attention. you can watch a brief interview that george edgren conducted with the CNN here. 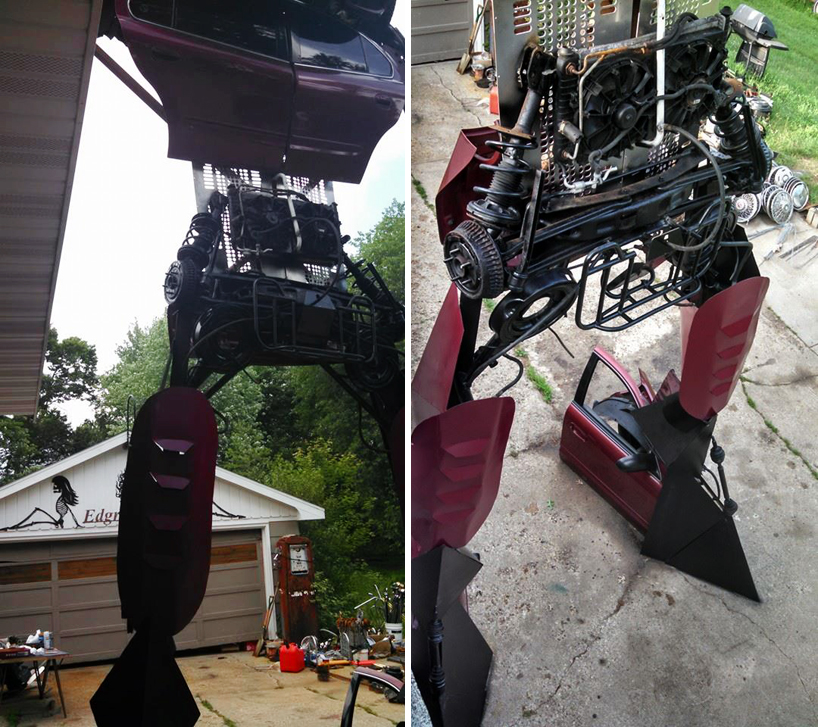 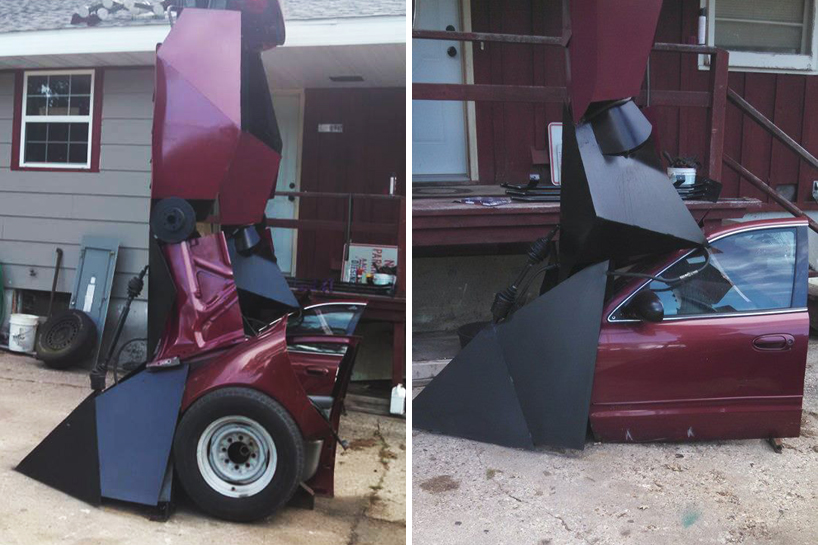 up close of the feet