the ‘surefly’ two-seater drone removes the need for a steering wheel and can be driven with one hand with a range over 100 km. created by the workhorse group, the same company behind the UPS delivery drone car that delivers packages, it will make its public debut on january 8th at CES 2018 in las vegas where it will fly into the exhibition space. 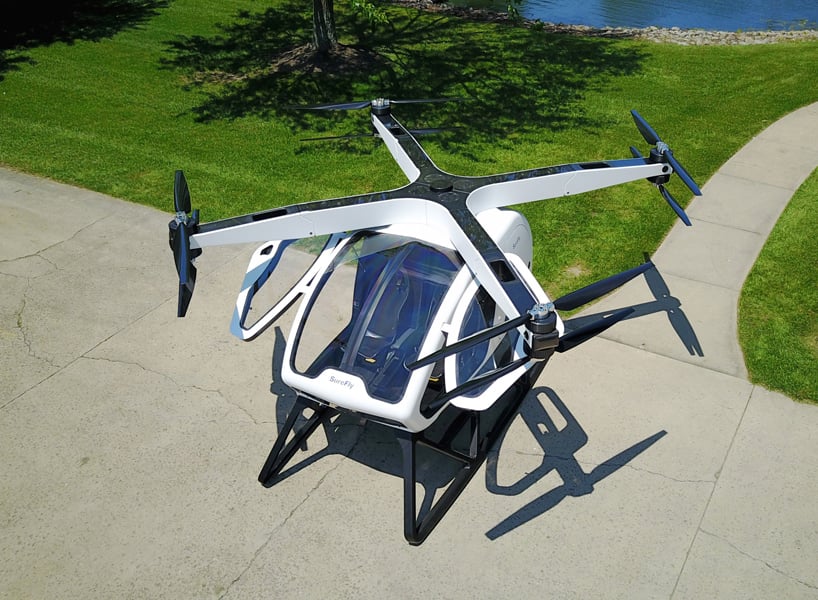 workhorse group’s compact ‘surefly’ passenger drone is smaller than a pick-up truck and is crafted from carbon. the drone removes the need for wheels completely due to its precise and nimble landing ability, plus its low level flying capabilities. it can also fold its four arms and propellers to reduce the overall volume for transportation and storage. suchlike a supercar, the cockpit has two seats sat side-by-side, while the operator can simply control maneuvering with one hand with a small joystick mounted between the seats. according to ohio-based manufacturer, it promises to expand the possible range of flying vehicles, while being to drive than remote-controlled helicopters. 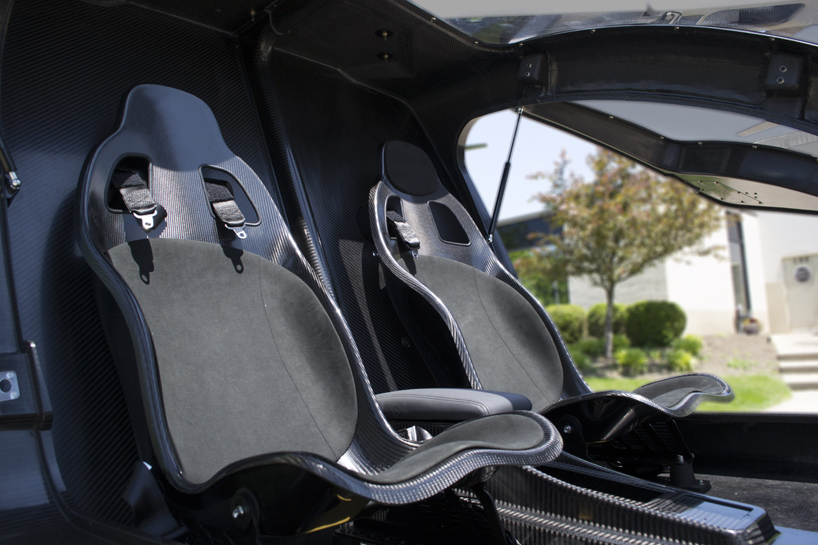 workehorse group’s CEO, steve burns, comments, ‘I think when folks see that, they’ll be able to really grasp what it is and what they could use it for. it could be a farmer who’s using it for precision agriculture. it could be emergency responders. you should be able to get there before any ambulance. it could be military. it could be just commuters. it could be air taxis like uber’s trying to set up’. he continues, ‘you fly it with a joystick and an up / down button. basically, if you can fly a drone, you can fly this’. 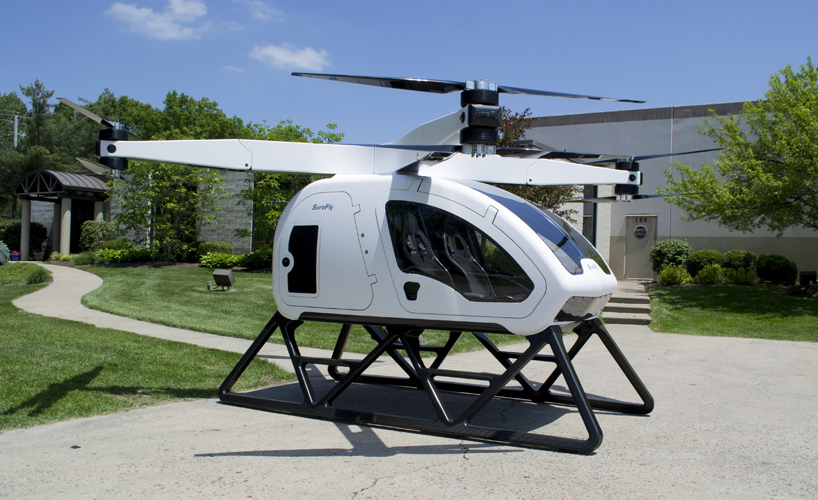 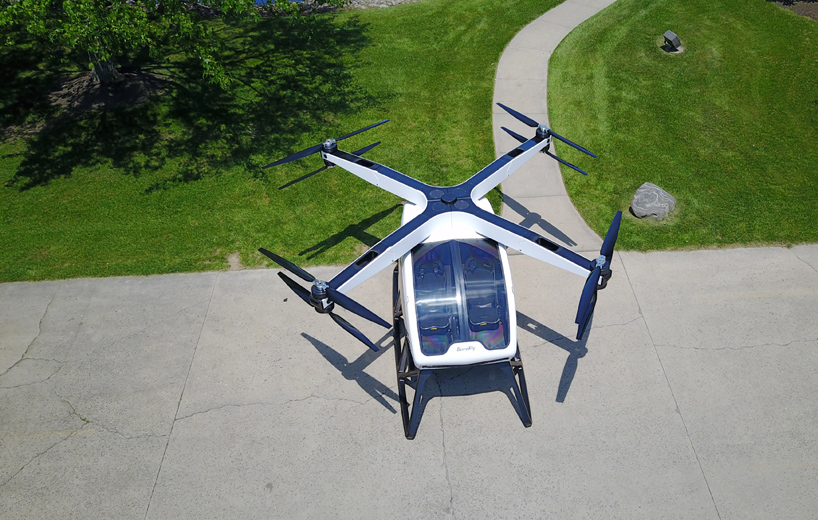