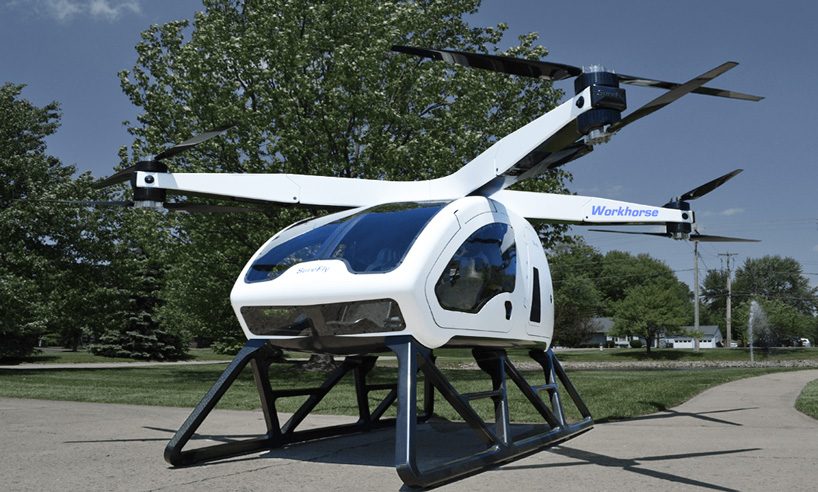 all images courtesy of workhouse group

a few months later than the target date, as designboom reported last year, workhouse group’s intention was to unveil surefly at CES 2018. workhorse aims for the helicopter to be safer and more stable than a typical helicopter, using eight independent motors to each drive a single carbon fiber propeller. 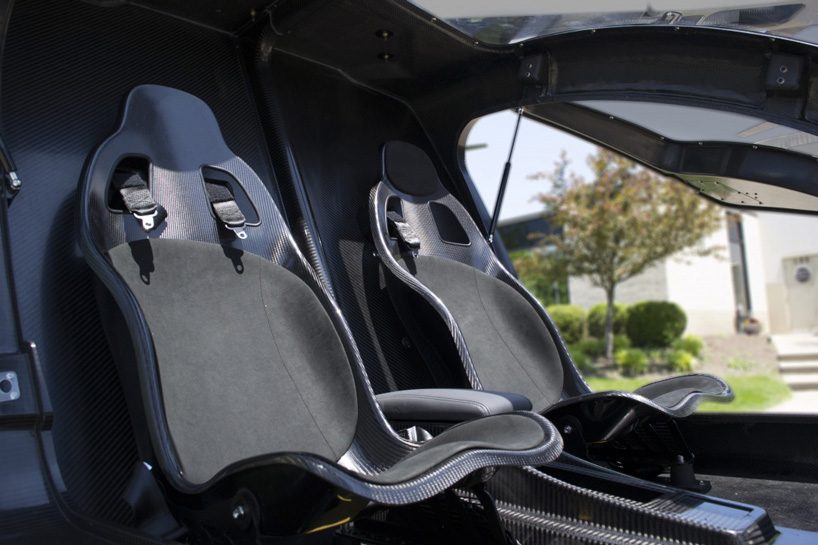 surefly, part of workhorse group, has 8 props connected to all electric motors meaning if one fails, the helicopter can still land. on-board these is a generator which produces electricity to power these motors. as well as capturing first flight, the video shows a progress report of the past few months’ work leading up to lift off. 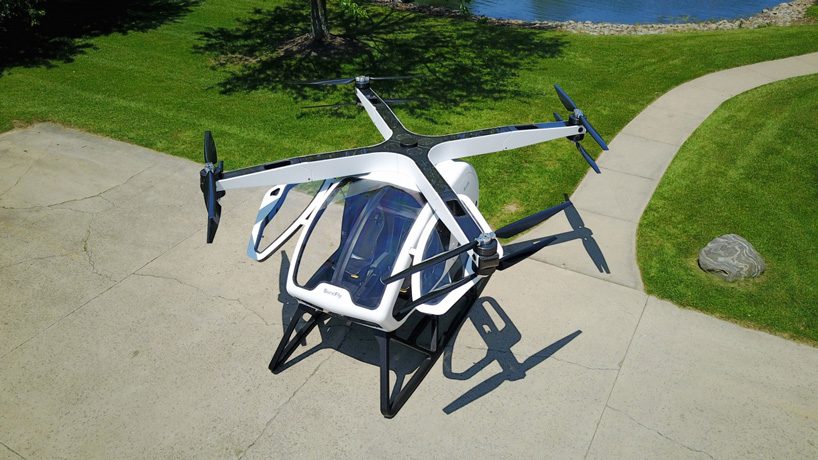