the fraunhofer institute for solar energy systems ISE, soitec, CEA-leti and the helmholtz center berlin have achieved a new world record for the conversion of sunlight into electricity using a new solar cell structure with four solar subcells. a new record efficiency of 44.7% was measured at a concentration of 297 suns, indicating that 44.7% of the solar spectrum’s energy – from ultraviolet through to the infrared – is converted into electrical energy. these solar cells are used in concentrator photovoltaics (CPV), a technology which achieves more than twice the efficiency of conventional PV power plants in sun-rich locations. several cells made out of different III-V multi-junction semiconductor materials are stacked on top of each other causing the single subcells to absorb different wavelength ranges of the solar spectrum. 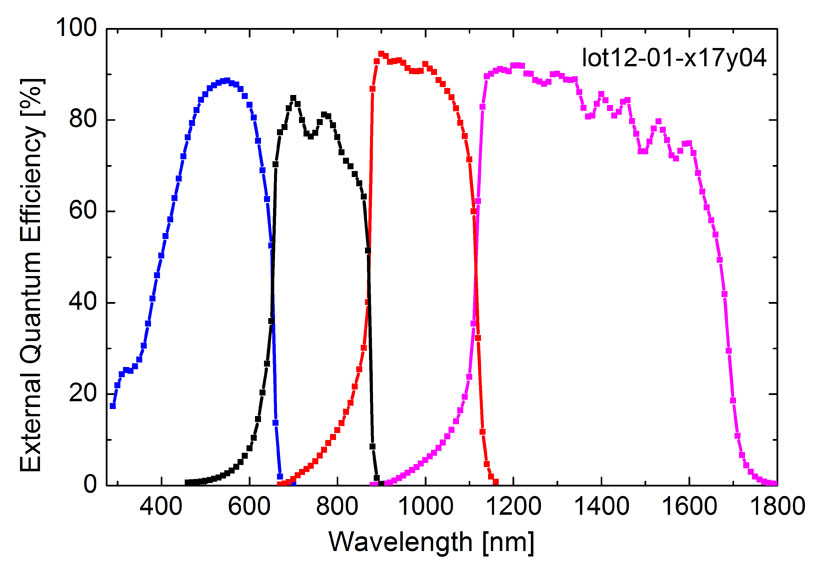 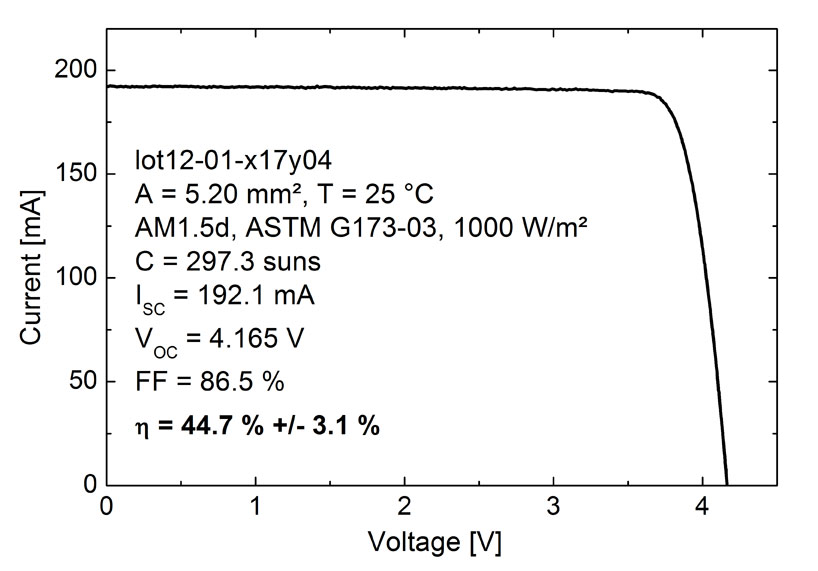