the possibility of engineering new hearts for transplants has grown more likely after researchers unveiled a 3D printed heart using human cells. it took a team at the tel aviv university only three hours to print the organ, which includes all blood vessels, ventricles and chambers. 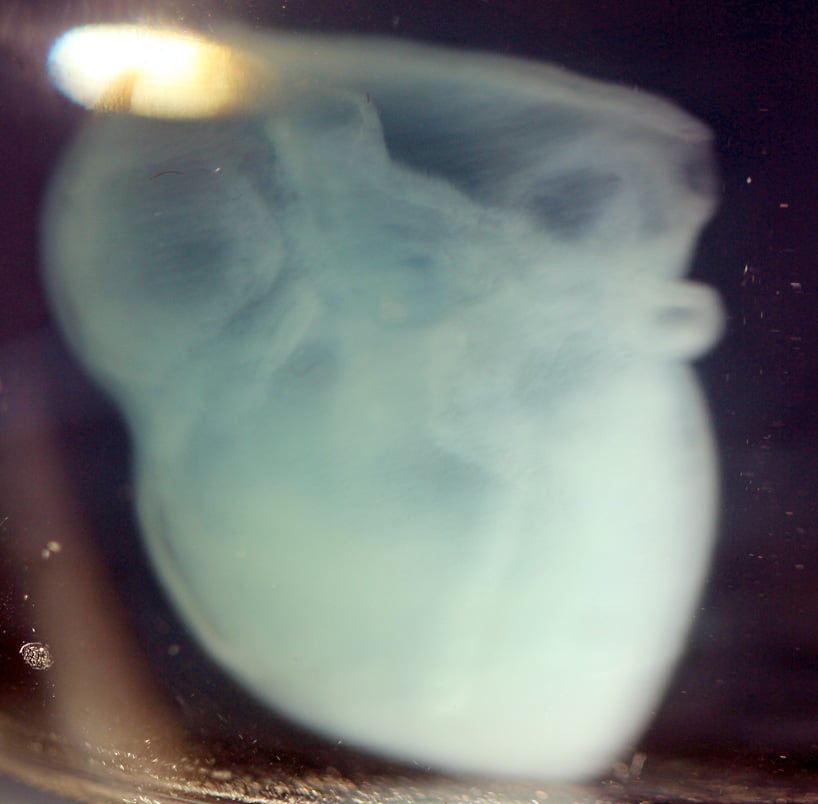 researchers began by taking a small sample of fatty tissue from a patient. this tissue was then separated into its component cells and the structure on which the cells sit, called the extracellular matrix.

the scientists then altered the various components, reprogramming cells to become cardiac muscle cells, cardiomyocytes, and cells that generate blood vessels. the matrix was then processed into a personalized hydrogel that served as the printing ‘ink’. the cells and hydrogel were first used to create patient-specific cardiac patches with blood vessels and, from there, an entire heart.

the cells which served as ‘bioinks’ were loaded into a printer, which had been programmed to print a heart based on CT scans taken from the patient and an artist’s depiction of a heart. after the organ was printed, researchers incubated it and fed it oxygen and nutrients. after a couple of days, the cells began to spontaneously beat. 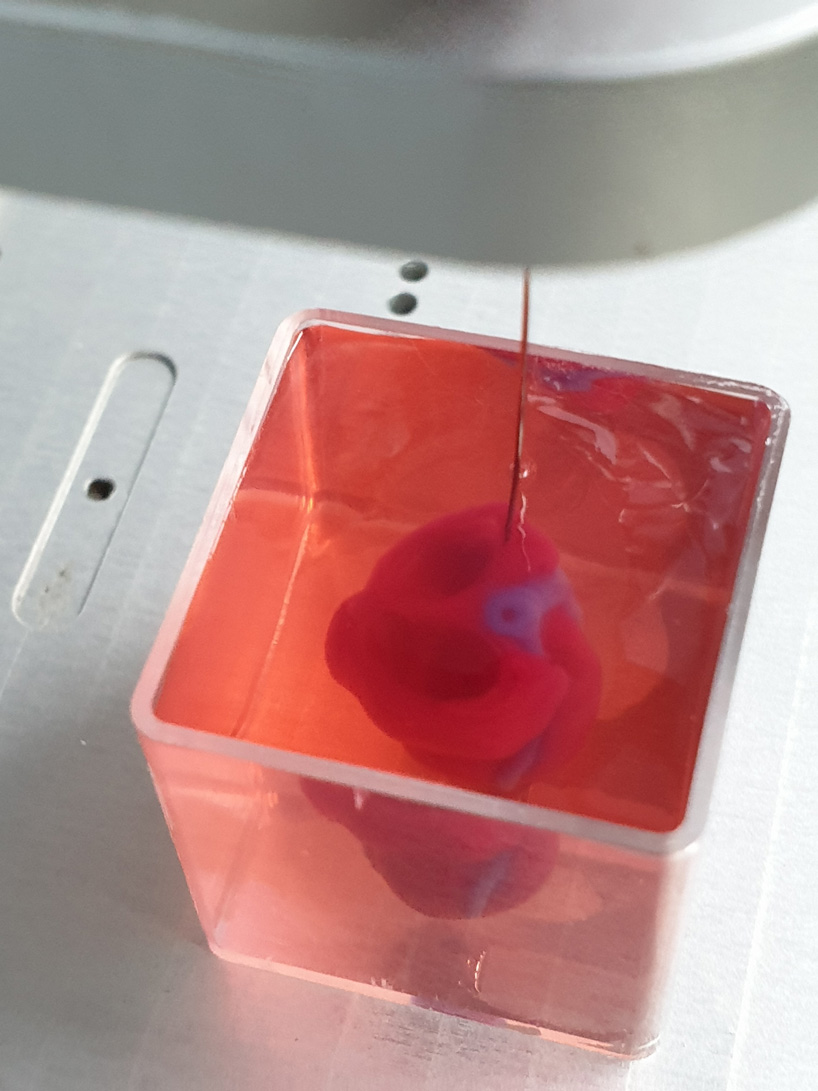 ‘this is the first time anyone anywhere has successfully engineered and printed an entire heart replete with cells, blood vessels, ventricles and chambers,’ professor tal dvir of tel aviv university’s school of molecular cell biology and biotechnology said in a statement. 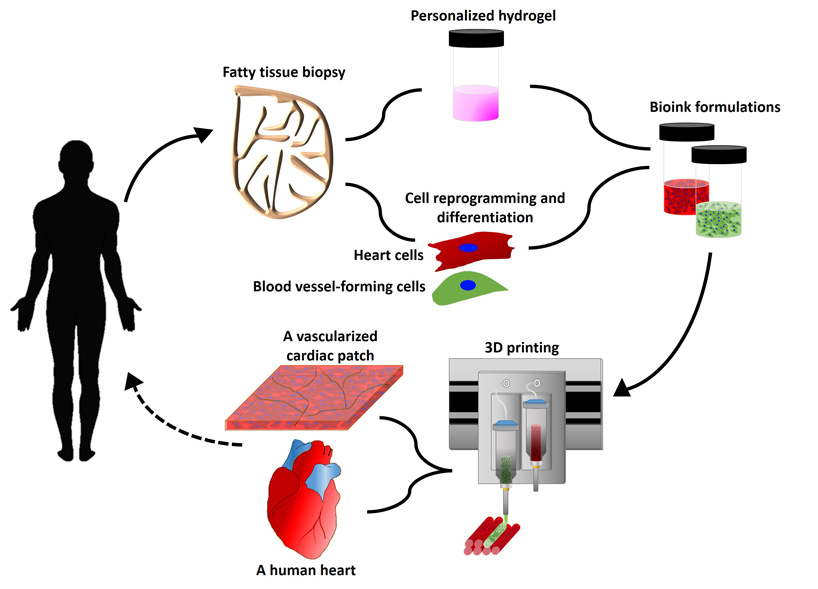 previously scientists had been able to print only simple tissues without blood vessels. the 3D printed heart might only be the size of a rabbit’s but this proof-of-concept experiment could eventually lead to personalized organs or tissues that could be used in the human body.

their findings were published on april 15 in a study in advanced science.