california-based startup orbital assembly corporation has announced plans to begin the construction of the world’s first space hotel in 2025. set inside the voyager station — a new space station that could be operational as early as 2027 — the hotel will host restaurants, a cinema, spa and rooms for 400 people.

‘our planned orbit and elevation for voyager station is 97 deg and 500-550 km,’ said orbital assembly on a twitter post. ‘this is a sun-synchronous polar orbit that will reduce thermal stress and allow for almost continuous solar power generation. there, orbit degradation and space debris risk will be nominal.’ 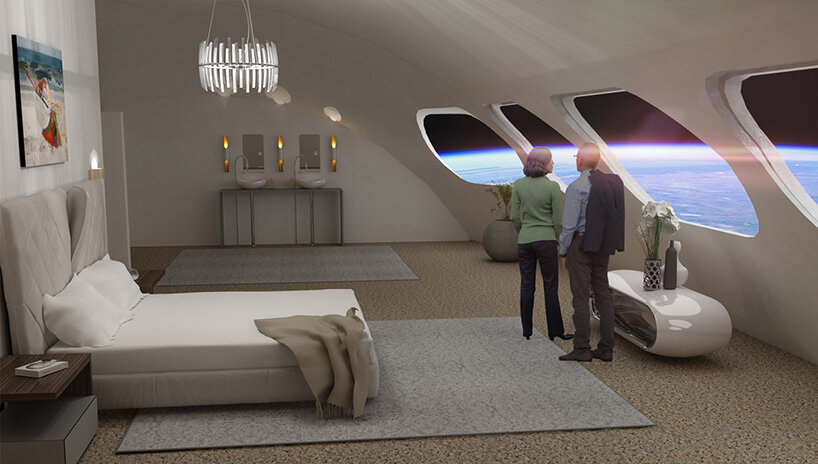 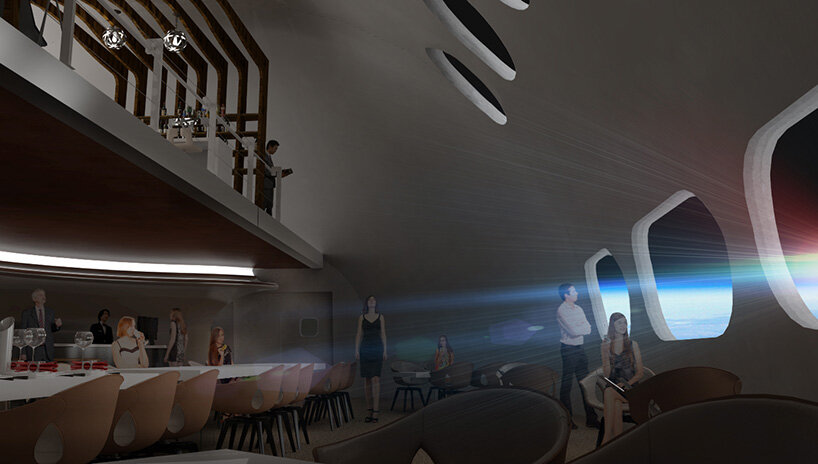 24 modules have been allocated as habitation, each measuring 12 meters in diameter and 20 meters long. each module offers a total of 500m2 of habitable surface spread over 3 floors. at least 12 modules will be dedicated to hotel rooms and suits. there will be 126m2 luxury suits, 62m2 luxury rooms and 30m2 standard room. the maximum station occupancy is from 316 to 440 people, depending on the final module configuration. 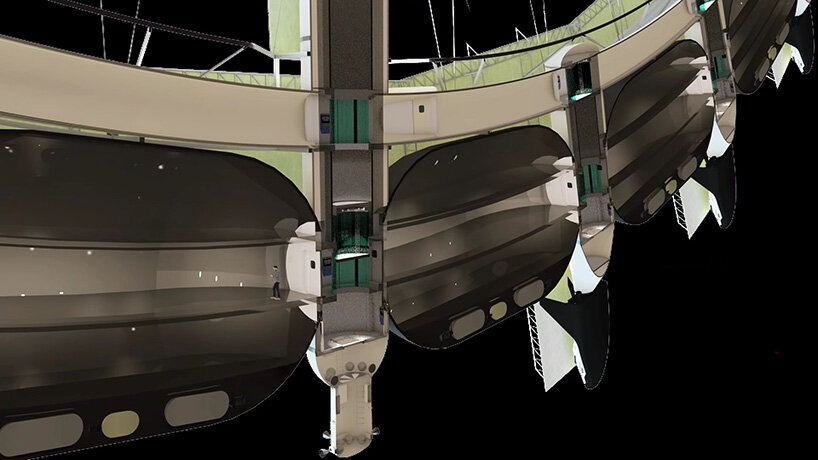 ‘with voyager station we don’t want to have to develop any new technologies, we want it to be technologies that are already in hand, it’s just that we are applying them in new ways to get a structure and a facility like that,’ said tom spilker, CTO of orbital assembly. 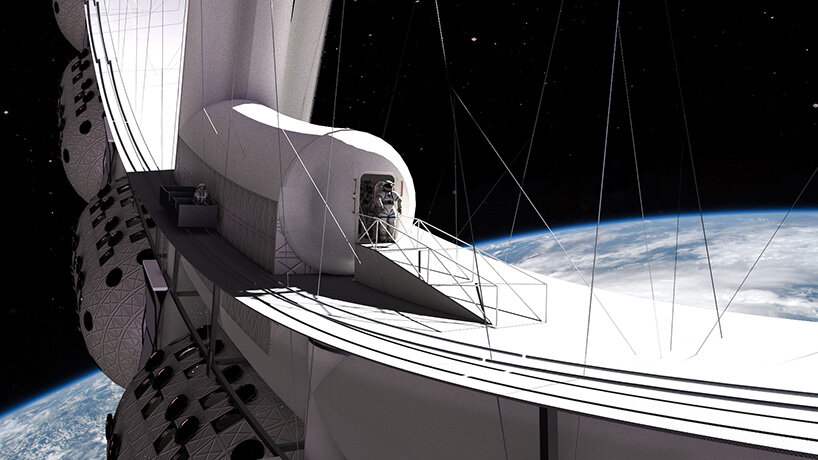 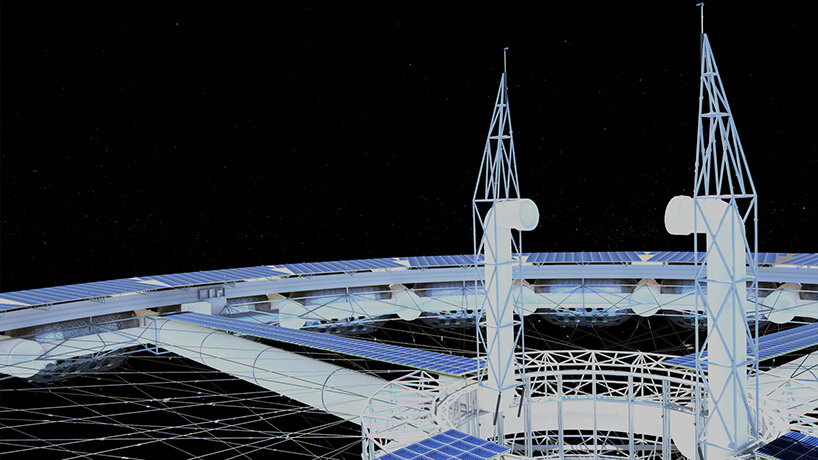 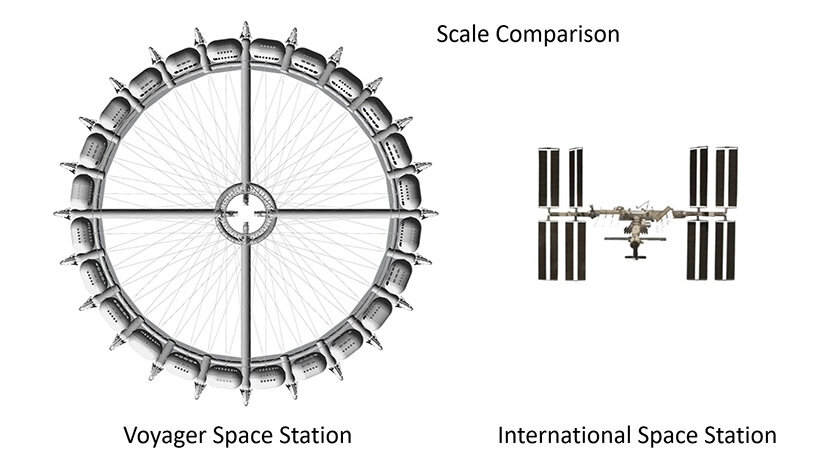