the world’s largest message-in-a-bottle is officially lost at sea. the high-tech 30 feet long bottle is part of a promotion created by try / apt for norwegian soft drink solo. whoever finds the bottle which was set a float in april will win a bottle of solo for every nautical mile the bottle has drifted (which at the moment of disappearance was a whopping 3539 bottles.).

the bottle is thought to be in the proximity of the caribbean islands and solo are asking people to keep a look out. if you have any relevant info about the bottle’s whereabouts you should call +47 22069480 or notify solo on their facebook page.

‘the giant bottle was released to the ocean currents outside of tenerife on march 15th. besides it’s own twitter account (@solosoftdrink) it comes with state-of-the-art tracking equipment allowing fans to follow its progress across a world map online, along with a 360 degree camera taking photos every eight hours. but after last weeks heavy sun storms, the satellite connection is down and the company is for the moment not able to get updates on the bottles whereabouts. we are asking for people in the area to keep a lookout and notify us with any information’
–  joakim sande, ceo of solo, the norwegian soft drink that is behind the project. 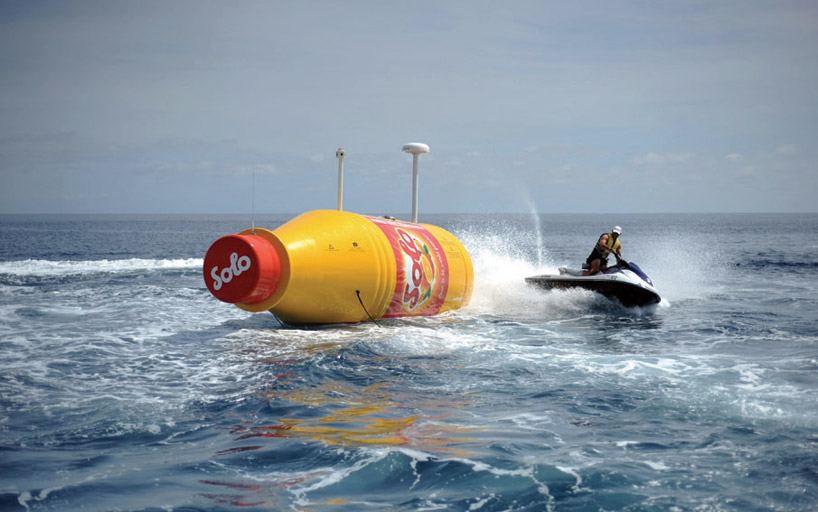 the high-tech message-in-a-bottle was set a float in april but is now missing
photo: image.net 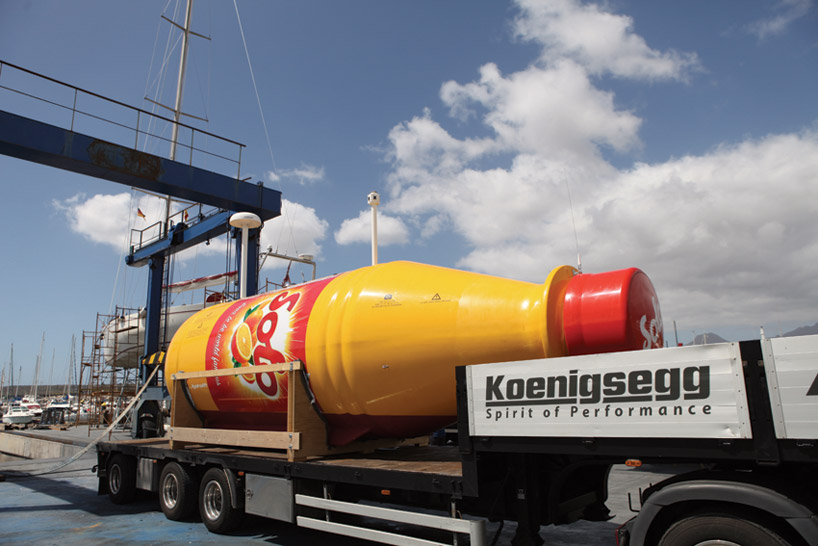 whoever finds the bottle which was set a float in april will win a bottle of solo for every nautical mile the bottle has drifted
photo: image.net