siemens is a wind turbine producer, and a lot has changed over the past 30 years since they presented their first commercial model which had a capacity of 30kW and five meter long blades (10 meter rotor diameter). their latest turbine generation consists of the ‘quantum blade’ the world’s longest wind turbine blade measuring 75 meters in length (154 meter rotor diameter) which has a six megawatt capacity, giving it a swept area of 18 600 square meters, almost the length of two and a half soccer fields.

siemens manufactures its rotor blades as fiberglass components – cast in two part molds for easy transportation – as one piece without the use of any glue joints. this patented intergralblade process allows the production of the modules to be incredibly robust, improving the overall cost efficiency of wind turbines. the ‘quantum blade’ has a lot of strength because of airfoils which offer superior performance at a range of wind speeds. if they were to be produced using traditional technology, the result would be blades which are 10-20 percent heavier – heavy blades are subject to higher loads and require stronger nacelles, towers and foundations.

during the testing and inspection phases to ensure that each blade is checked for any defects or cracks and put on trial to see if it is able to withstand an intense force of winds. when operating at a 10m/s, the 154 meter rotor extracts energy from 200 tons of air per second.

a special vehicle which travels at a rate of 60 km per hour, is used to transport the parts over the course of 575 kilometers from the factory in aalborg, denmark to the danish town of nakskov on lolland island. typically a car trip between these two points is 330 km, but because of the length of the rotor blades, re-routing is necessary, taking into consideration bridges and tunnels. siemens has just recently produced the first batch of the B75 rotor blades for installment on the company’s second prototype of the 6-MW offshore wind turbine that will be erected in the later half of this year at denmark’s østerild test station. 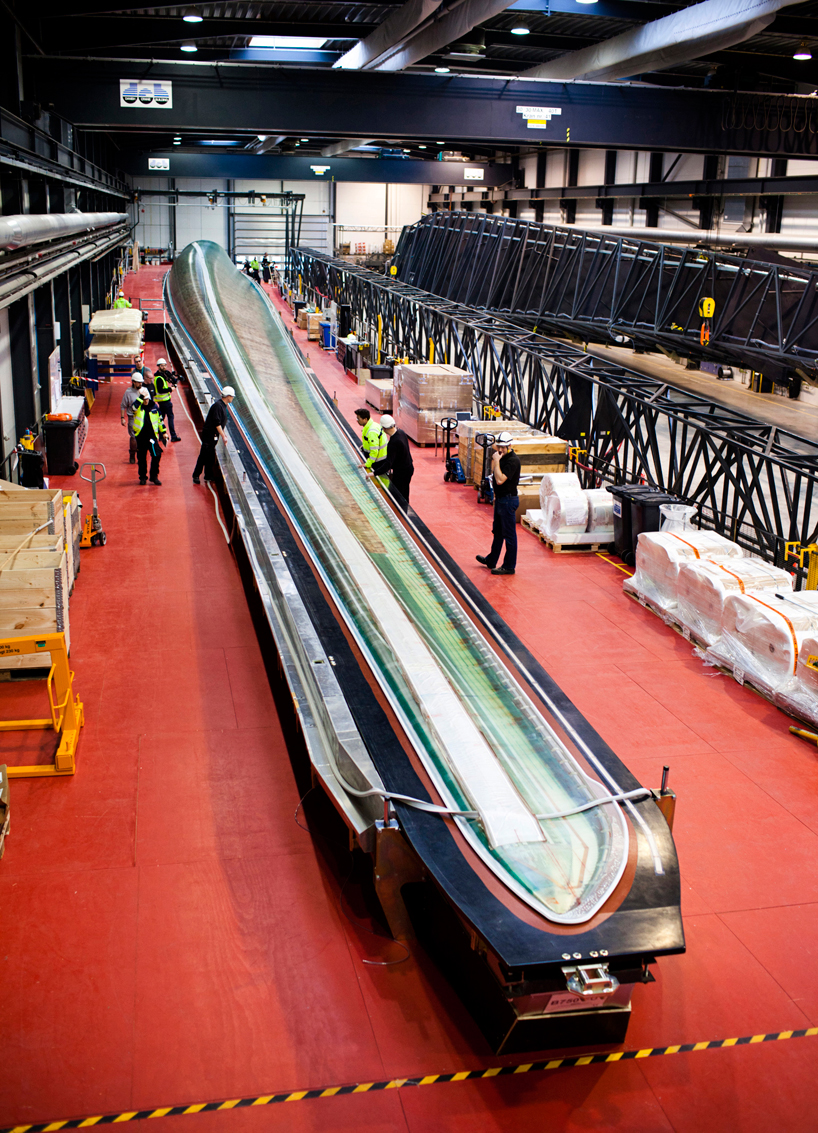 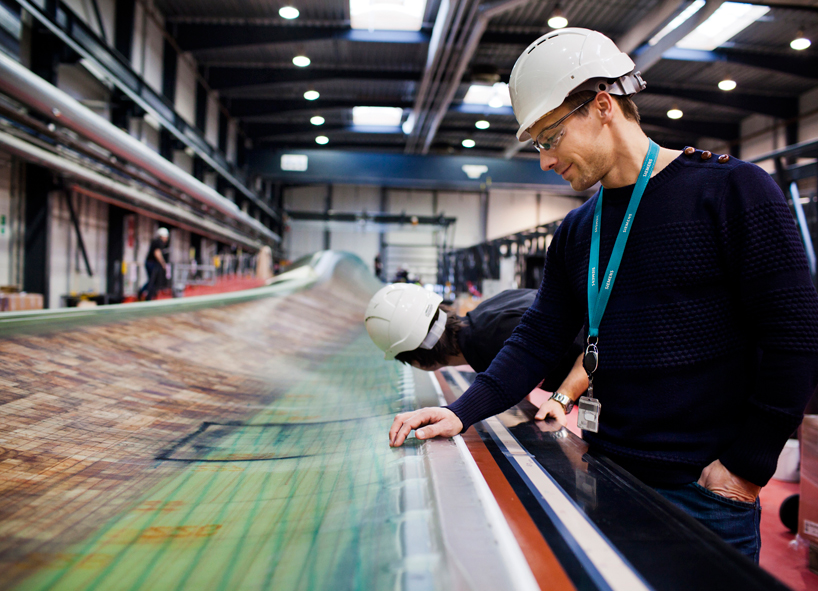 during inspection each blade is checked for cracks or defects 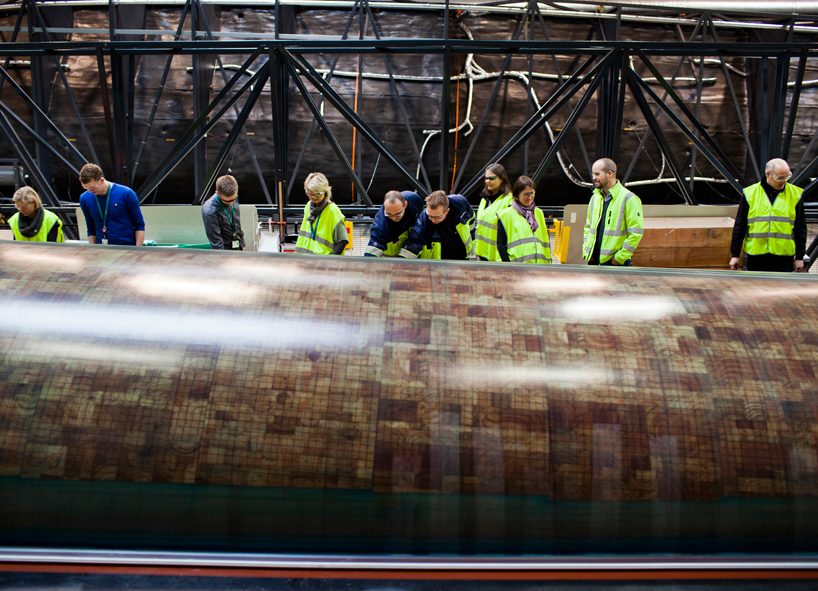 the blades are made from fibreglass 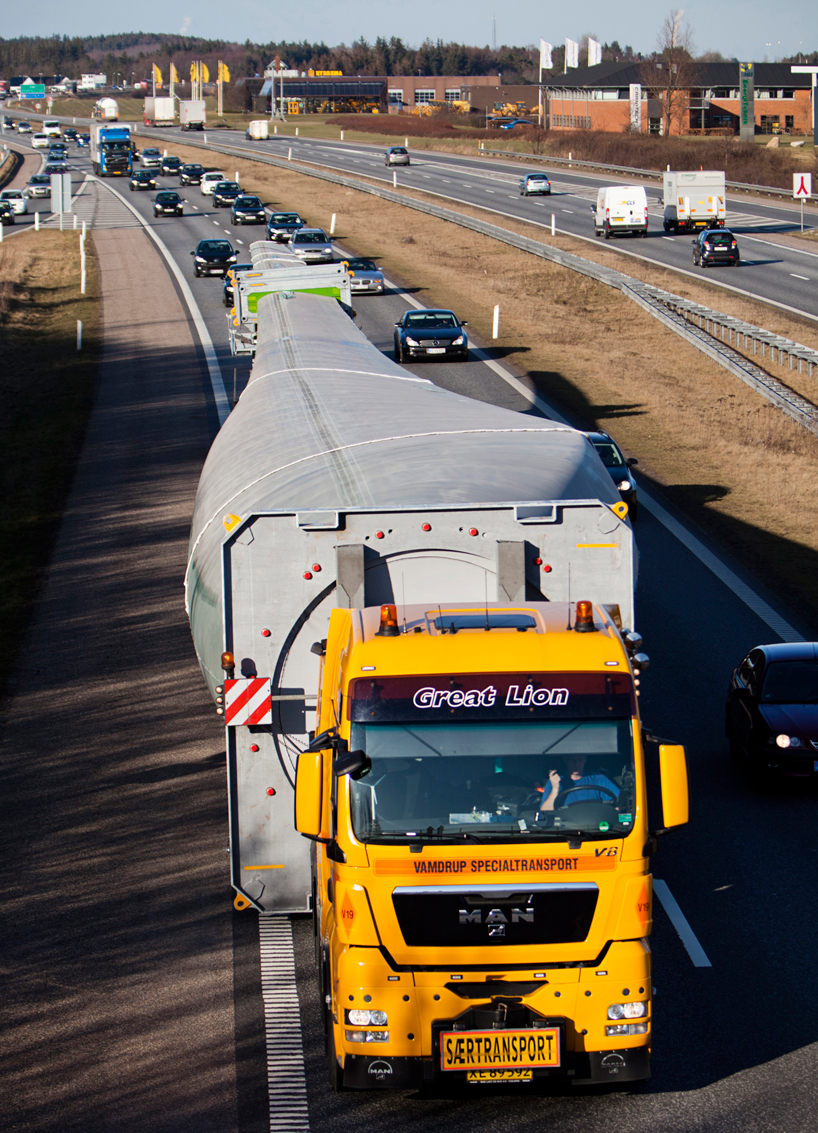 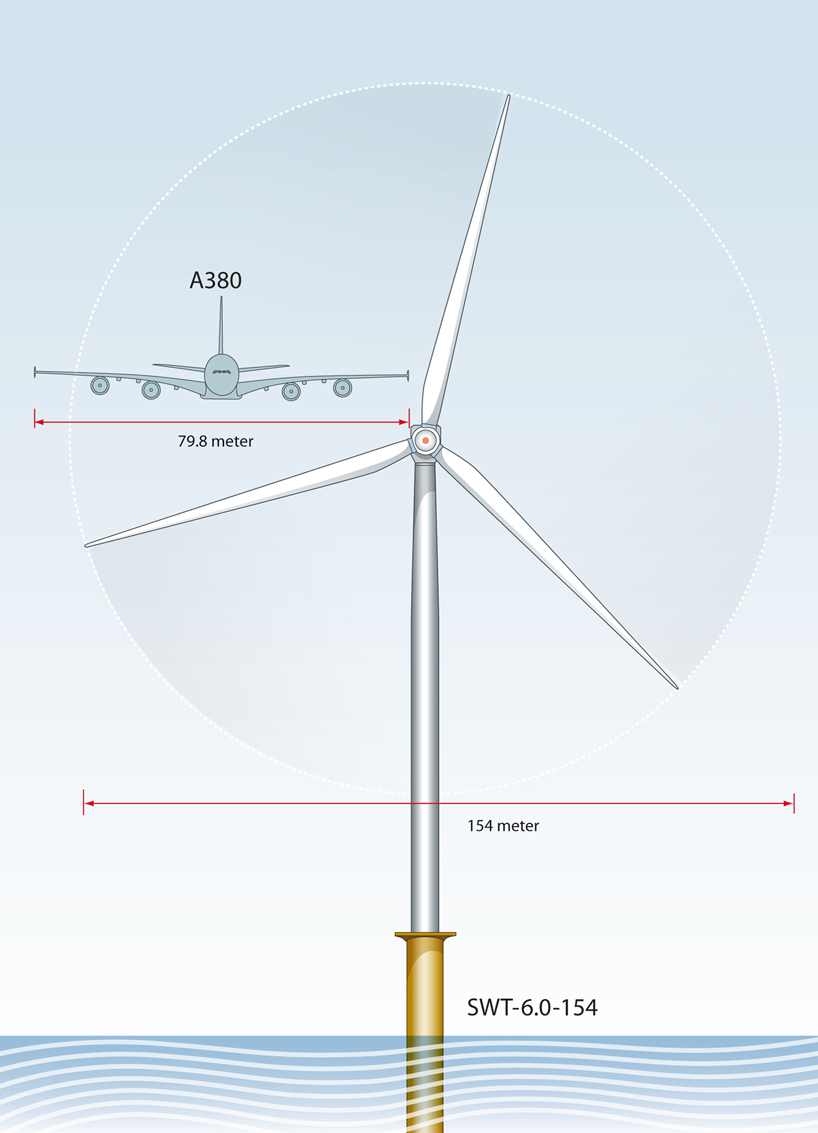