Designboom reported the success of XPENG X2’s flight in Dubai here, a progress that has since then nudged the team to look into new developments for its future flying cars. In the recent tech day by the mobility company, CEO He Xiaopeng led the new features that the company has experimented with regarding flying-car designs. One of the many developments includes what seems like a helicopter kit that can be attached to a car and turn it into a flying vehicle. 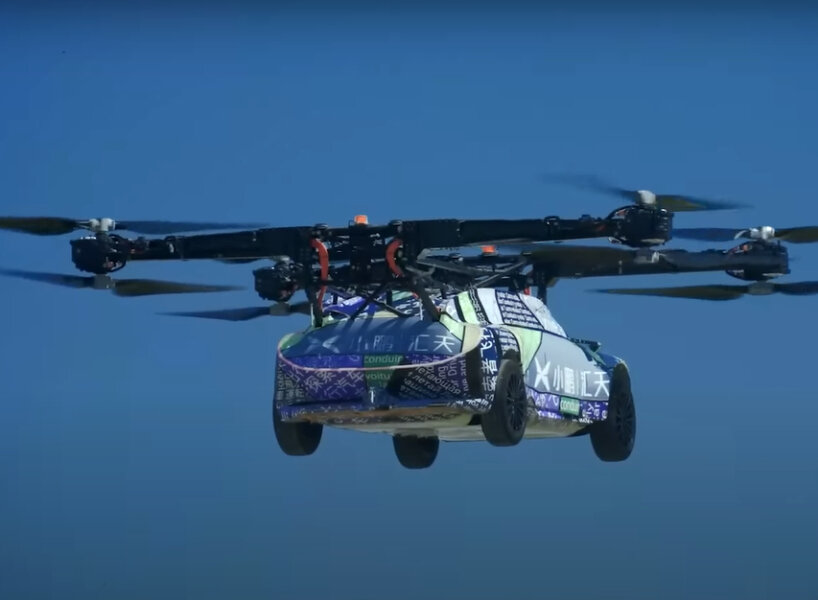 The idea came after XPENG had unveiled its full-electric vertical take-off and landing (eVTOL) flying car, developed by its affiliate XPENG AEROHT. XPENG X2 has a multi-rotor that takes itself up in the air and the design team used materials that are lightweight to make sure that the rotors could carry the car’s body with ease. During the flight test in Dubai, everything went well. The XPENG team then believes they can take it to the next level with enhanced flight safety and advanced technology. 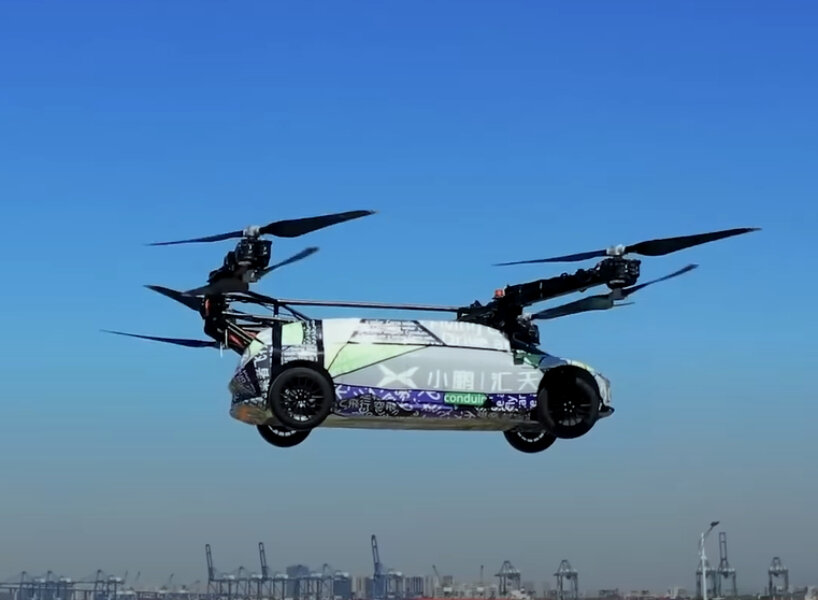 Foldable rotors for the next cars of XPENG

While the full specifications are yet to be defined, XPENG has already filed a patent for folding rotors, meaning when not in use, the propellers fold themselves inside the container. To give a clear picture, the team is planning to devise a large container that will be placed on top of the car and that has almost the same size of the car. Inside, the rotors will be placed and can be folded, so that if the riders want to fly, they can just push a button inside the vehicle and let the propellers expand. 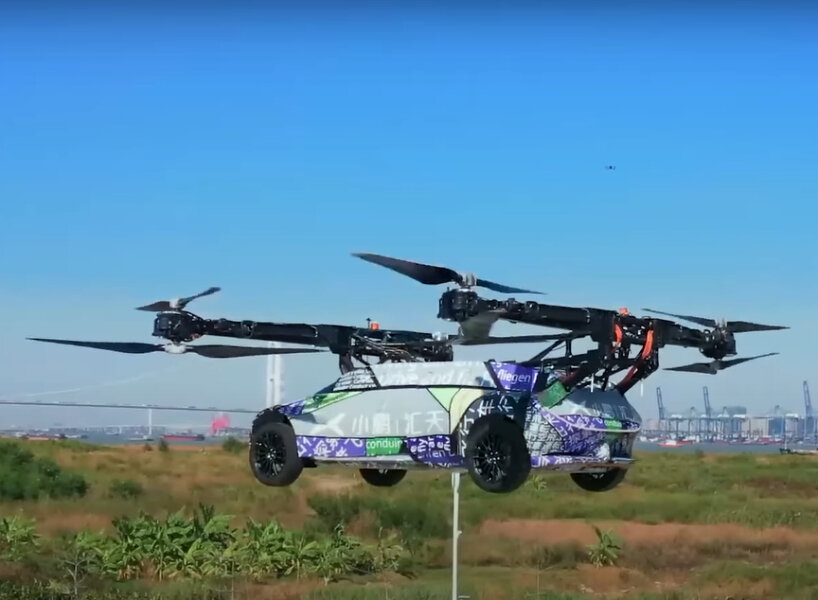 The video XPENG released during its talk contains the potential look of these foldable rotors which can be similar to Switchblade here. They resemble the helicopter blade times four and look sturdier compared to XPENG X2’s rotors. The sixth-generation driving and flying car from XPENG hopes to hit the automotive market in 2024, and the mobility company claims it will be a driveable flying car compared to XPENG X2 which could only fly at the moment. 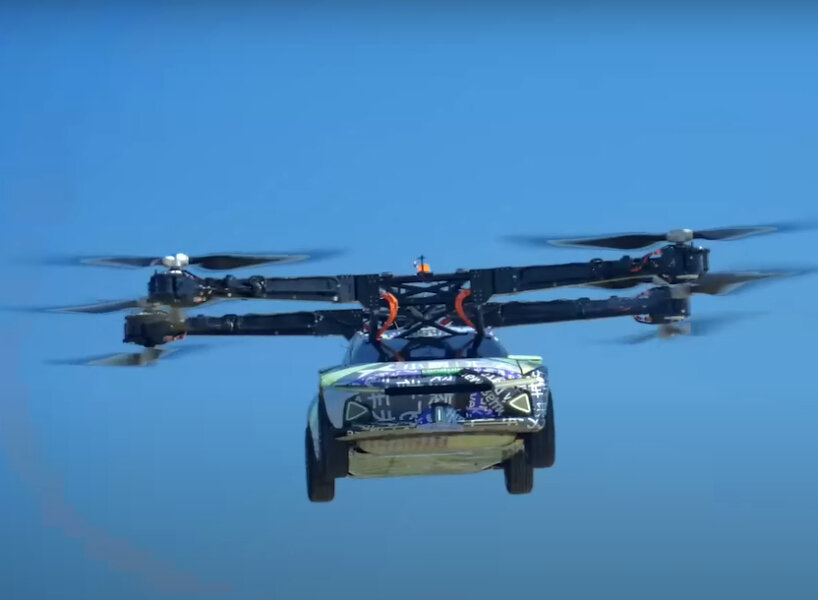 the final design is yet to be announced

From the notes taken during the talk (video above), XPENG’s sixth-generation flying vehicle will have two modes. In driving mode, the car is comparable with any conventional car in terms of functionality and measurement. In flight mode, the flying car is piloted using the steering wheel and the right-hand gear lever as controls to move forward and backward, make turns, ascend, hover, and descend. 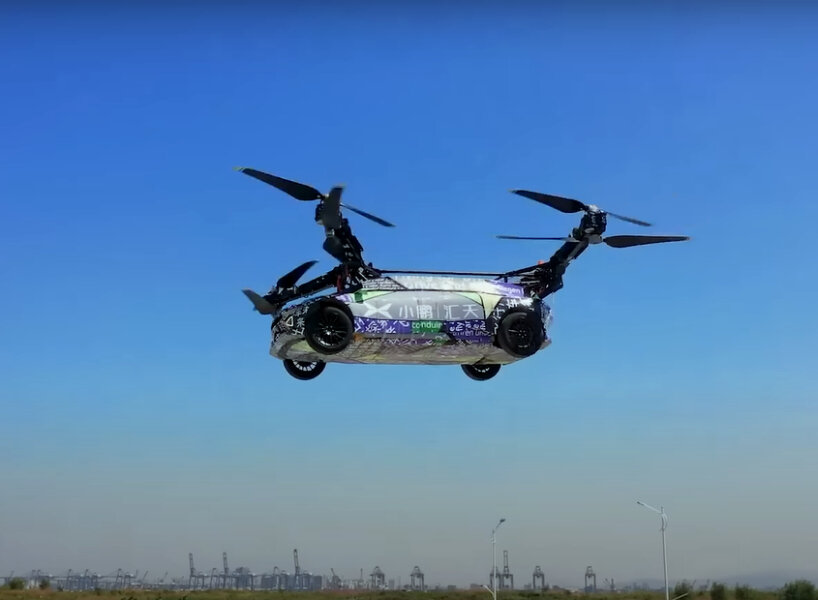 The mobility company believes that its motion control system will have been upgraded to better adapt to complex indoor and outdoor terrain conditions such as stairs, steep slopes, and gravel roads. 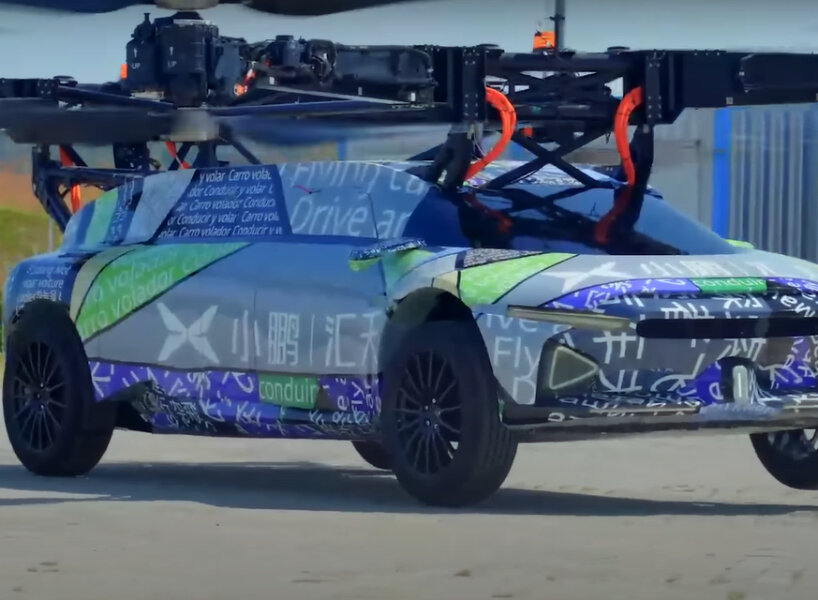 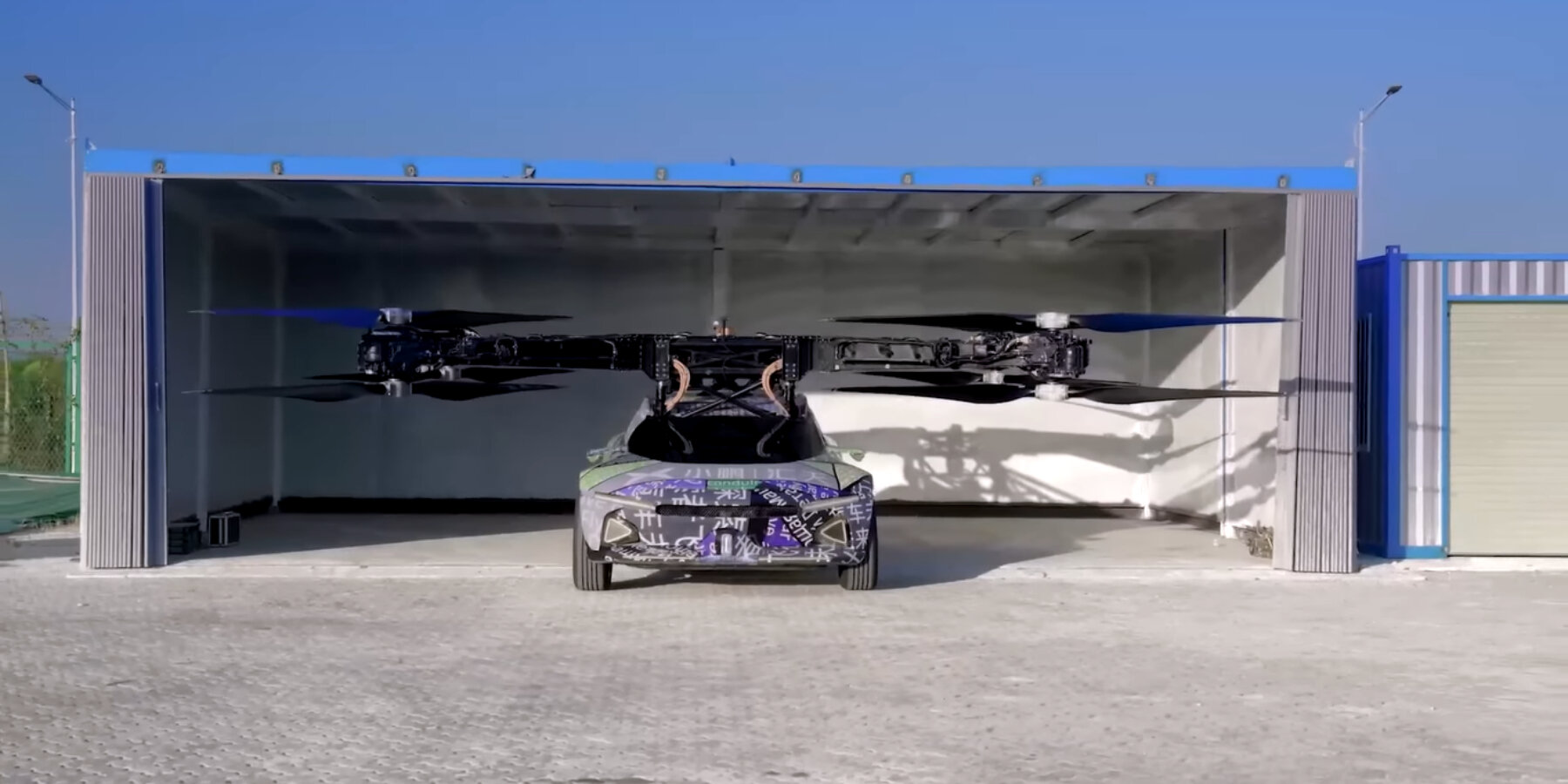